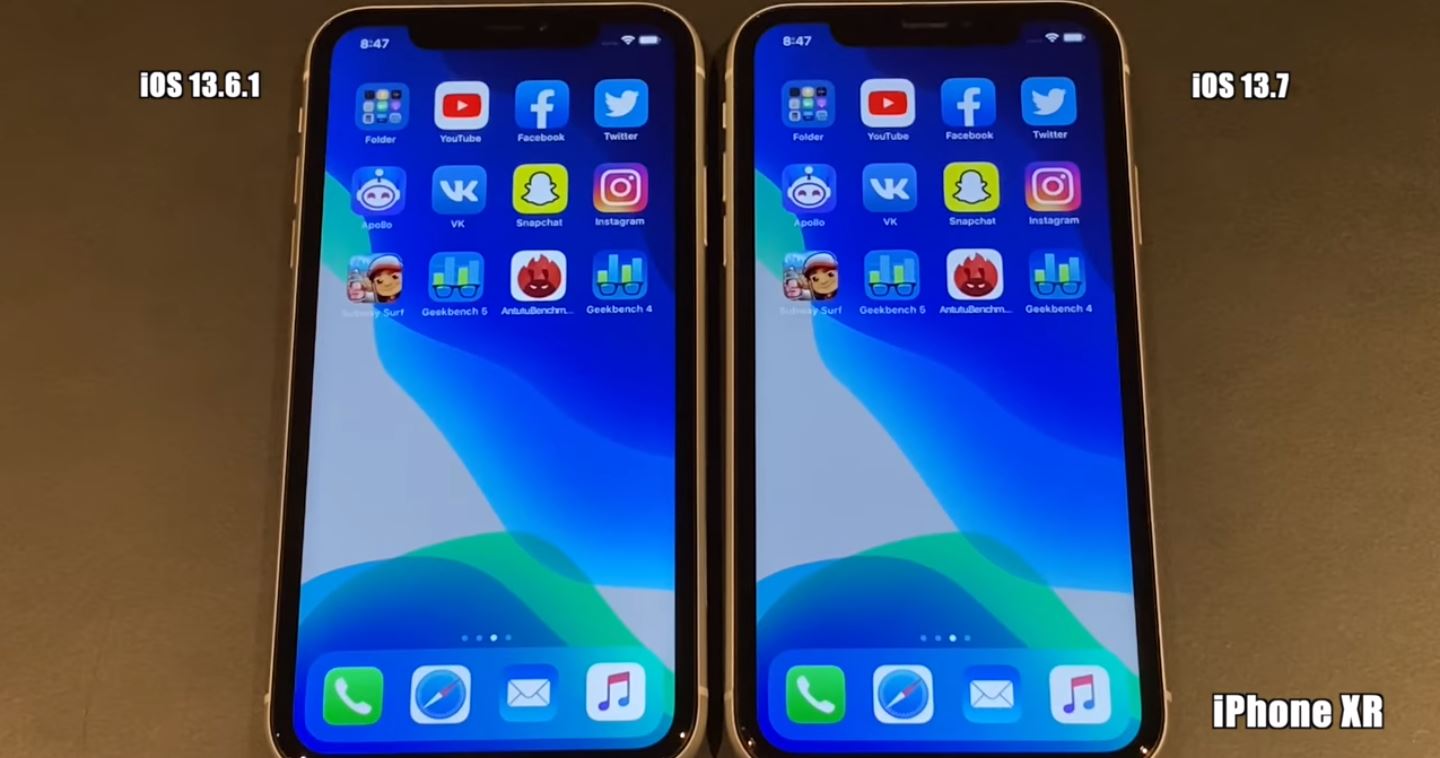 Apple released its latest iOS 13.7 firmware to all users yesterday with some major changes and additions. The build added support for Exposure Notifications without an app which is plenty useful pertaining to the ongoing global health crises. However, we're also interested in finding out if Apple has made iOS 13.7 faster in terms of performance. To do that, a new iOS 13.7 versus iOS 13.6.1 speed test has been conducted that shows performance and benchmarks on several iPhone models.

The speed test comparison between iOS 13.7 and iOS 13.6.1 has been conducted by the YouTube channel iAppleBytes that stacks benchmarks and performance on different iPhone models. On one side, you can see the iPhone model with iOS 13.7 installed, and on the other, the same iPhone model runs iOS 13.6.1.  Let's dive in to see what does the update has to offer.

As can be seen in the video, there does not seem to be a major difference in the performance department. App launch times are more or less the same on each device running iOS 13.7 and iOS 13.6.1. In addition to this, animations look fluid and identical on both software versions. In some cases, iOS13.6.1 loads apps a bit faster and in other situations, the performance is pretty much on par with the latest iOS 13.7 build. Games load at the same time on both as well and the difference is very negligible. The results are pretty much the same across all iPhone models ranging from the first-gen iPhone SE to iPhone XR.

In terms of benchmarks, the results are more or less the same. The difference is very negligible and does not suggest improvement in CPU or GPU performance. Again, the benchmarks are compared on iPhone models ranging from the first-gen iPhone SE to iPhone XR. With that said, we can presume that Apple has not added major performance enhancements to the build to make the update a major one that focuses on speed. However, we're sure the company did embed numerous bug fixes.

Lastly, you do get Exposure Notification support without any app with iOS 13.7. In the end, we can conclude that there is no major difference between iOS 13.7 and iOS 13.6.1 when it comes to performance and benchmarks. Check out the video embedded above for more details.