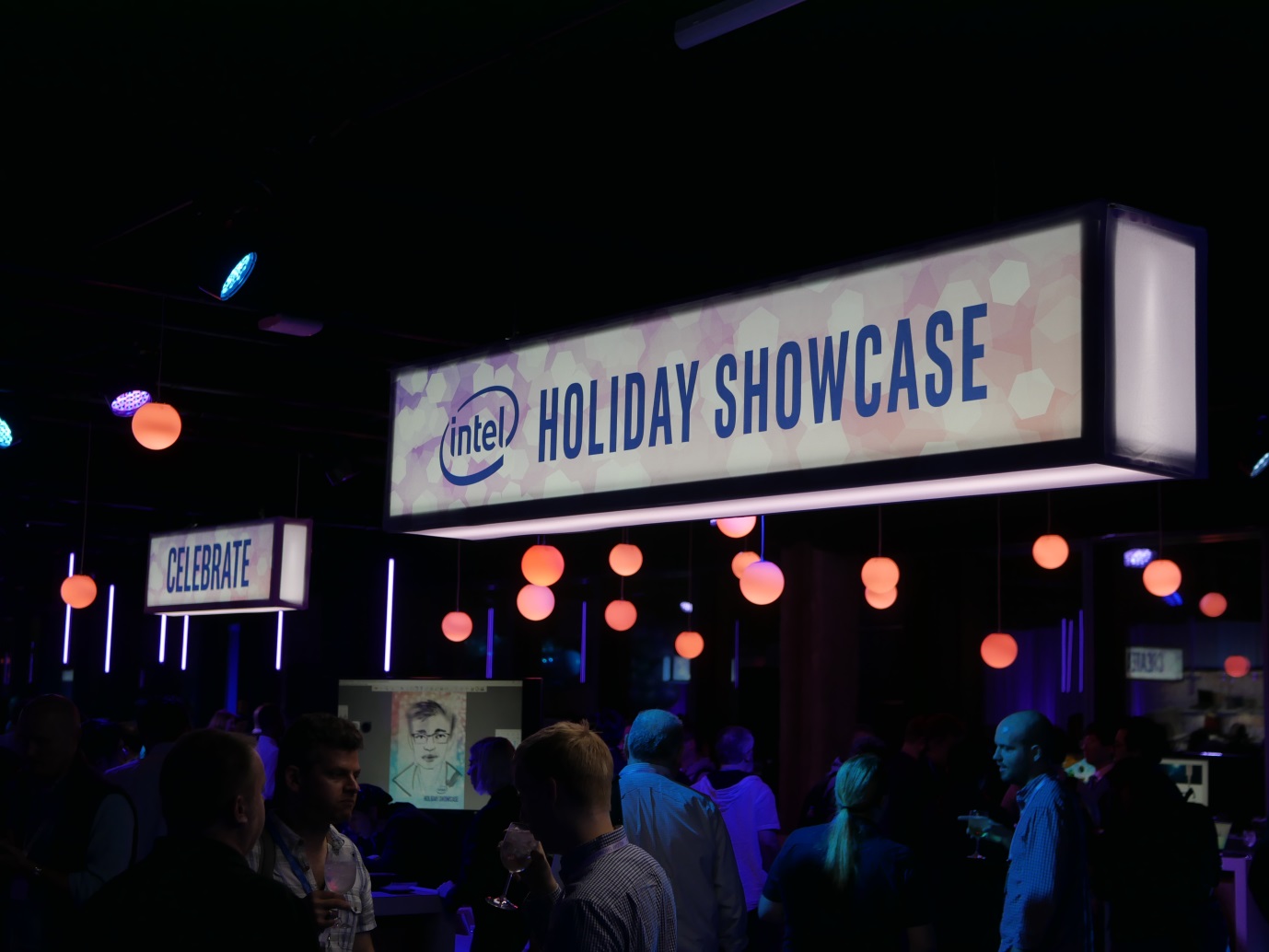 Yesterday was full of announcements from CPU manufacturer Intel with the official availability of the Core i9 9900k, the new Core X Lineup, as well as their insane Unlocked Xeon W-3175X 28 Core CPU.  But later that night they had another showing that was a bit more casual where we got to go in and try some of the new processors as well as see what vendors had in store for the upcoming holiday season.

There were a couple demos there that really stood out as really interesting to see and experience.  One being a Lenovo convertible that had a unique spin on it. Rather than a keyboard it featured a digital ink tablet that pulled double duty as a keyboard and a writing or drawing pad.  Working much like a Wacom tablet deliver a really unique user experience for this type of product.  Would make for a very nice portable work space for artists who don't want to be tethered to a desk.

The other demo actually consisted of the Core i9 9980XE in a workstation working with editing 8K RED footage in Adobe Premiere Pro CC.  We actually got to go hands on with this one with Paul from Modders-Inc at the wheel.  This was mainly due to his familiarity with the program as I use Davinci Resolve for editing.  He went right to town scrubbing and color grading with ease on the 8K panel they had hooked up.  We even were able to sneak in a few shots of the screen running the task manager to take a look at what was going on while messing about.

There were other demos being shown there, but these were what I found to be the most interesting I wanted to share with the audience.  So at this point we're including the rest of the pictures taken at the evening even as our camera's battery faded into death.  Time to start putting those videos together now.