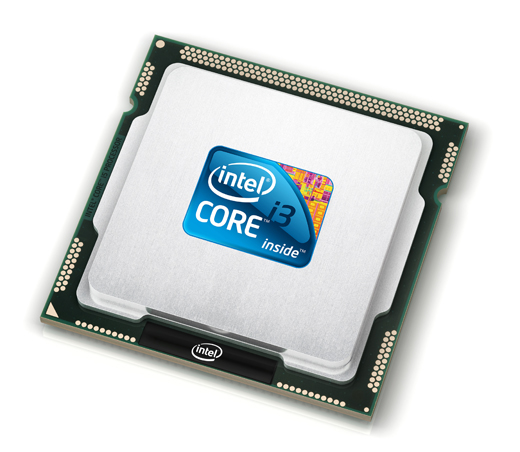 Intel's upcoming Core i3 Dual Core desktop processor lineup for the 22nm Ivy Bridge platform has been detailed within two charts leaked by Zol.com.cn. A few other charts have also been leaked previously which detail the Ivy Bridge based Core i5/Core i7 processors (Details here).

The new Core i3 Processors would be compatible with the LGA1155 Socket motherboards featuring the Z77 Chipset. Chart shows that the Core i3 models would lack in lots of features already provided on the other processors such as No PCI-Gen 3 Support (GPU's featuring Gen3 compatibility would run in PCI-e 2.0 mode), lack support for AES-NI (accelerates encryption), VT-d (enhanced virtualization), and TXT (security). Turbo Core frequency is also gone on the Core i3 processors however they do support Hyper Threading. 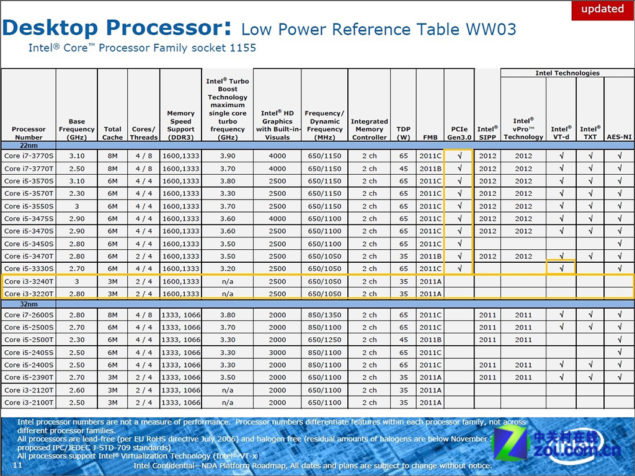