Intel's 6th generation Skylake-S processor lineup has been leaked, detailing 10 desktop processors which will be powering the next generation desktop platform. The consumer platform which will be based off the 100-series chipset is expected to launch at IDF15 in San Francisco along with several desktop chips which will range from 95W performance (enthusiast) variants to 65-35W power efficient variants. The leaked information was posted by benchlife.info (via PCGameshardware). 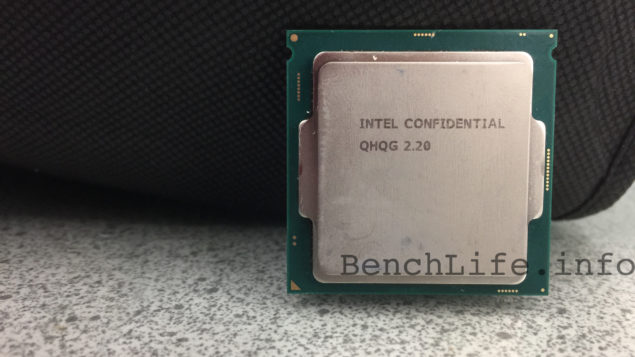 We have plenty of details regarding the Skylake-S platform which is going to launch for desktop consumers. We know the chips that are going to power the motherboards and the details regarding the processors feature set is known in detail. The only thing that remains to be covered regarding Skylake-S family of CPUs is the number of SKUs which will be included in the lineup and what architectural improvements are we looking at when it comes to both CPU and GPU side. For the lineup, we are looking at a total of 10 Skylake-S chips which are detailed and listed below:

The first two processors that include the Core i7-6700K and Core i5-6600K were leaked a few days ago and are labeled as "Enthusiast" 95W processors. Starting off with the flagship Core i7-6700K CPU, we are looking at a quad core design with eight threads which shows a multi-threaded design. The chip features 8 MB of L3 cache and has clock speeds maintained at 4.0 GHz base and 4.2 GHz boost clock. The chip can support DDR4 2133 MHz memory and DDR3L 1600 MHz memory.

Over at the more power efficient side, Intel will launch 4 T-Series chips which stand for low-power. All chips feature just 35W TDP and include Core i7-6700T as a multi-threaded quad core with 2.8 GHz base and 3.6 GHz boost clock. It packs 8 MB of L3 cache. The Core i5 models range from the Core i5-6600T, Core i5-6500T and Core i5-6400T featuring 6 MB of L3 cache, quad core (non-multithreaded designs) and boost speeds ranging from 2.8 to 3.6 GHz. The specifications can be seen in detail in the chart below:

What is more impressive about the leak is the fact that we are looking at the first Intel Skylake-S based engineering sample. The chip shown by the source is a very early sample and a quad core that operates at just 2.2 GHz however we know what the final specs of the SKUs would be like. The chip shown off has a totally new contact surface compared to past processors and the substrate that holds the die is less thicker compared to Haswell and Ivy Bridge series chips. No benchmarks or exact details were mentioned but we will also get a glimpse at them in the future reports.