Intel and AMD are expected to face a heated battle in the desktop processor market as they focus to introduce their latest lineups in Q4 2016. In a report by Digitimes, it is stated that the Kaby Lake will be pushed slightly behind its original release window and would focus on a launch closer to the end of 2016 to introduce their next generation processors which aligns them close to AMD's Zen based Summit Ridge CPUs which are expected to launch at the end of this year.

Both Intel and AMD are known for their processors and more specifically, their desktop processors. Both chip makers have seen heated battles with their previous generation processors and both have their fair share of wins. However, Intel seems to have been in the dominant position for some time due to lackluster launches by AMD, mainly their Bulldozer processors. This along with Intel's focus on higher efficiency to serve mobility markets has led the chipzilla to snatch away the entire CPU market share out of AMD's hands. The CPU side on the desktop front has seen little attention from AMD since their FX (4000/6000/8000/9000) series processors which utilize the same or slightly revised version of the Bulldozer architecture but that is expected to change with Zen.

Intel might be in the dominant position but their processor roadmap has faced several delays and performance improvements on their products is becoming less spectacular every passing generation. The last two product families from Intel in the desktop market brought an average of 10% IPC increase over the older 22nm Haswell processors (+/- 5%). While Intel's processors haven't offered a great increase in IPC (although 10% has become the constant average increase per generation), Intel is showing strong activity in other sectors that are little relevant to desktop consumers but support bew features and improvements for consumers across a wide range of platforms. Intel's processors these days are some of the most efficient products available to date with faster per core performance (comlared to other x86 CPUs), faster iGPUs, better I/O support and a range of new features that are embedded inside the chip design. AMD wants their approach to be the same as Intel with Zen based chips that will be found on both desktop and mobility PCs in 2017.

The report that originates from Taiwan based sources, Digitimes suggests that Intel and AMD are once again expected to face heated battle in the PC desktop market.

Intel's Kaby Lake-series processors, which are scheduled to launch in the third quarter, but will not begin volume production until the end of 2016, while AMD is set to release its Zen architecture-based processors at the end of the fourth quarter. The two CPU products families are expected to enter fierce competition by the end of the year, according to sources from the upstream supply chain. via Digitimes 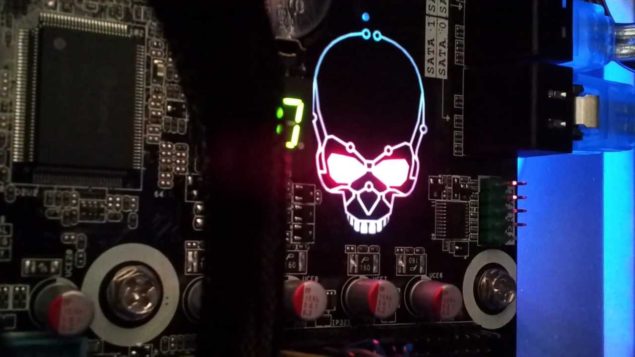 Intel plans to launch their 7th generation core family codenamed Kaby Lake later this year. The Kaby Lake chips will be available in various configurations for desktop and mobility markets (as early as Q3 2016). The chips we are going to talk about are desktop parts which will retain support on current generation motherboards with the LGA 1151 socket. The more surprising bit is that Intel is yet again offering users a new chipset in the form of the 200-series that will launch at the same time as Kaby Lake.

Just like the transition from Z87 to Z97, the new 200-series chipset will mostly remain the same but will include increased I/O performance that is very important for the platform to be ready for Intel’s next generation Optane storage products that use Intel’s 3D XPoint memory architecture. So the basic features of the 200-series chipset aside from supporting Kaby Lake-S processors will include up to 24 PCI-e 3.0 lanes (up from 20 on 100-Series Chipset), 6 SATA 3.0 and 10 USB 3.0 ports.

Another crucial feature of the new lineup is that not only will the Kaby Lake processors be compatible with the current 100-series motherboards but Skylake processors, available today, will also be compatible with the 200-series platform. This cross-generation support will be quite useful, not only for new users but also existing user base that may see the need to update to faster processors in the Kaby Lake-S lineup. Intel’s disruptive Optane SSDs and DIMMs will be a major feature set for the 200-series chipset as the faster storage solutions will not only result in responsive PCs but also better system utilization that is otherwise bottlenecked by conventional HDDs and even some older SSDs.

Intel Kaby Lake processors in general would be getting increased core performance (expect the usual 5-10% improvement) unless Intel plans to do something very different with Kaby Lake which seems highly unlikely. The processors will retain the basic features such for enthusiasts such as enhanced full range BCLK overclocking and 95W “Unlocked” options to choose from. While Intel has increased the core count on their enthusiast chip platform, things will remain the same on their mainstream platform with both dual and quad core (35W and 65W options) available to consumers along with the enthusiast quad core options. Other key features on the media and display side include 5K (30Hz) on one display and 5K (60Hz) dual display capabilities, HEVC 10-bit hardware decode, VP9 10-bit (hardware), UDH/4K display resolutions and support for Intel’s Thunderbolt gen3 support.

AMD's Next Generation Summit Ridge Family - Zen Based With 40% IPC Improvement, AM4 Platform Support and A Glorious Return To The Desktop Market? 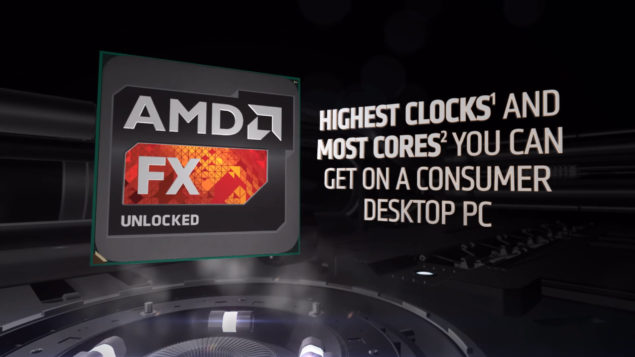 AMD's upcoming CPUs, Summit Ridge, will play a key role in deciding the future of the company. The industry hopes that AMD can make a big comeback with Summit Ridge which deploys Zen cores within it. The Zen core allows for up to 40% IPC improvements which is a huge increase over AMD's 28nm offerings.

The family will feature a range of processors based on the latest Zen core architecture. This core will be deployed in the high-end CPUs known as the FX Series. The Summit Ridge family is the official update to the Vishera family that was built upon the Piledriver core. Launched in 2012, the Vishera family replaced the Zambezi family which featured the AMD Bulldozer core architecture. After Piledriver, the FX series didn’t receive any update as AMD’s Steamroller and Excavator cores were aimed at the mainstream audience leaving the enthusiasts to stick to their older CPUs or move to Intel to feed their high-end needs.

That is going to change in late 2016 as AMD is bringing the high-end back to enthusiasts in the form of Summit Ridge FX CPUs. In answering a question to one of the journalists during the earnings, Lisa stated that AMD will be working with several OEMs  to bring Zen based PCs in the market later this year and have already closed in some design wins with the Zen processors while internally working with OEMs. Summit Ridge will be aiming the consumer DIY and OEM markets, feeding the needs high-performance needs of AMD fans. AMD has stated that Summit Ridge CPUs will mark their “re-entry” in the high-performance desktop market.

Yes, so Hans, overall the Zen design win, we have been engaged very early on with you know large OEM and cloud providers on the Zen design point and the platforms that would be useful for Zen. So we have closed our first design win, we are working you know very closely with these OEM partners to make sure that they bring up their platforms concurrently with our own design validation and testing. I think the main message is we are on track with the schedule that we previously discussed in terms of sampling this year. We will introduce first in desktop and so we are having conversations with some of the PC OEMs about getting their platforms ready for desktop and then we will go into enterprise server first full year in 2017.

We have secured several key design wins with global OEMs for our Zen based service CPU and believe we can rapidly reestablish our presence in the datacenter when we bring our new products to market in 2017. AMD via SeekingAlpha

The Summit Ridge FX CPUs family will be supported on the latest AM4 motherboards that will feature latest I/O compatibility and DDR4 memory support. The AM4 motherboards will be housing the latest Promontory PCH which will allow SATA Express/NVMe and USB 3.1 support.

Previous reports from the industry suggest that even with Summit Ridge deployed, the family would do little to shake away the market share from Intel's already established desktop platforms. A revenue forecast by Forbes for AMD suggests that by 2020, AMD will gain a modest increase in processor market share. AMD will try really hard to recover their last ground in both consumer and server market against a strong Intel which already has their foots set in this market for quite a while. The competition between Kaby Lake and Summit Ridge will be one of the most intense stuff we get to see in the processor market after quite some time.