Intel has officially released slide presentations of its upcoming 3rd Generation microprocessors codenamed Ivy Bridge. The slides reveal that Intel's Core i 3000 Series processors which would be feature a 22nm Core Architecture would deliver up to 25% better performance in desktop applications and up to 199% improvements in graphics intensive apps compared to the Sandy Bridge Processors (LGA-1155). 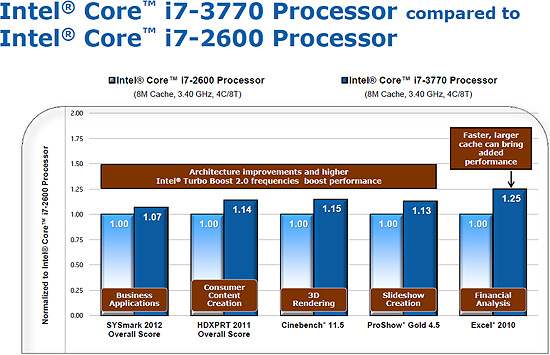 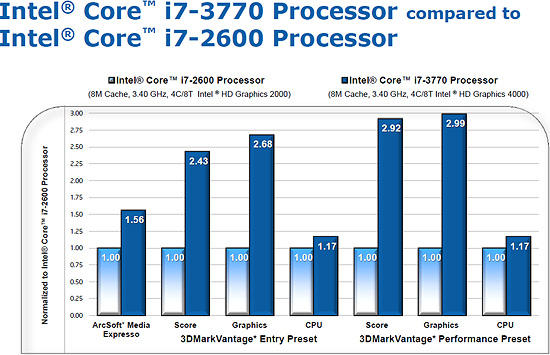 The Enhanced AVX acceleration allows for 20% increase in performance then Sandy Bridge as seen in the slide above, New features such as Turbo Boost 2.0, Hyper-Threading and Architecture refinements also allow for max performance output during multitasking and high CPU usage apps. The Larger L3 Cache allows for added performance while viewing documents.

Intel also seems to have increased the performance bar on its discrete IGP solutions. The graphics performance is mind boggling, The IGP would support DirectX 11, OCL 1.1 and OpenGL 3.1. Display support would include HDMI 1.4a and Premium Audio.