Details of Intel's next generation Skylake-S platform have been revealed by VR-Zone, unveiling that the new processors will be available in 2H of 2015 and a new motherboard series featuring the latest 100-Series chip. Configurations of various Skylake series processors were unveiled not long ago which mentioned that the time span between the launch of Broadwell and Skylake generation would be small and both platforms would be available to consumers by 2015. 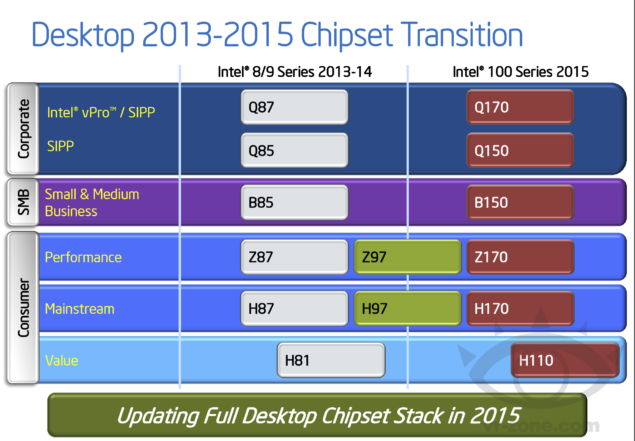 While the current Z97 series motherboards do add support for Broadwell processors, Intel won't have the chips ready for consumers till at least Q2 of 2015. The first iteration of Broadwell processors which will launch for PCs will be in the form of Intel Core-M and Broadwell Y-Series which will arrive in holiday 2014 and are aimed toward the tablet and laptop market. The actual desktop processors won't be available till 2015 which is a bit surprising since at the time Intel launches Broadwell-K series, they will be shipping Skylake-S to consumers in the exact same quarter or a bit late (moving in early 2H 2015). This was showcased in the latest Intel Desktop roadmap leak for consumers.

The transition to Z170 chipset will not be a massive upgrade and would be similar to what the Z97 was to Z87 with a little added features such as more PCI-e lanes, Super Speed USB and up to 10 USB ports compared to 6 standard ones found on the current iteration of motherboards. There will be a total of six 100-series chipset SKUs which will include the Z170 (Performance) replacing the Z97, H170 (Mainstream) replacing the H97, H110 (Value) replacing the H81, B150 (Small and medium Business) replacing the B85 and the Q170 plus Q150 chips with Intel vPro / SIPP which will replace the Q87 and Q85. So as you can note, Intel has the entire replacement plan ready which will update the current desktop chipset stack in 2015. Intel is already phasing out their Ivy Bridge-E and Z77/H77/H75/Q75 chipsets in early 2015. This transition won't eliminate support for Z97 or Z87 in 2015 since there would be a majority of consumers who will still be running Broadwell and Haswell processors since these platforms have spanned a longer shelve-time in the market and will cease to exist along side each other for a couple of years.

The Z170 would be the flagship performance chipset which will support the unlocked K-Series Skylake processors which I don't believe would be available in early 2015 and launch a bit later. The chipset will feature up to 20 PCIe Gen 3 lanes, 6 SATA Gen 3 ports, 10 USB 3.0 ports and a total of 14 total USB ports (USB 3.0 / USB 2.0), up to 3 SATA Express capable ports, up to 3 Intel RST capable PCI-e storage ports which may include x2 SATA Express or M.2 SSD port with Enhanced SPI and x4/x8/x16 capable Gen 3 PCI-Express support from the processor. Aside from that, we know that the Skylake processors would be compatible with the latest LGA 1151 socketed boards and Z170 chipset which is part of the new 100-Series chipset replacing the 9-Series “Wild Cat” PCH. The second most interesting thing covered is that Skylake processors would have both DDR3 and DDR4 memory controllers so the different SKUs can be configured to use either of the memory type which is detailed in the following chart:

The TDPs for the Skylake processors were also confirmed last month which further detailed the various core configurations of Skylake SKUs. The desktop variants will have six different variants which will include the flagship 95W Quad Cores with GT2 and GT4e GPU while the lowest 35W TDP variant will feature Dual Cores and GT2 graphics. The H-Series lineup will also include the 95W Quad Core with GT4e graphics chip but that’s the only flagship chip followed by 65W, 55W and 45W Quad Core variants with a mix of GT4e and GT2 graphics. Skylake would also get rid of the FVIR (Fully Integrated Voltage Regulator) which was featured on Haswell generation processors and will continue to be used till Broadwell processors in 1H 2015 after which Intel will abandon the design

Skylake is going to be one of the hottest launch of 2015 since it will be a true 14nm processor with a architecture designed and built from the ground up. Boasting higher IPC and graphics performance coupled with a efficient design, Skylake might just become the perfect choice for mainstream users and enthusiasts. 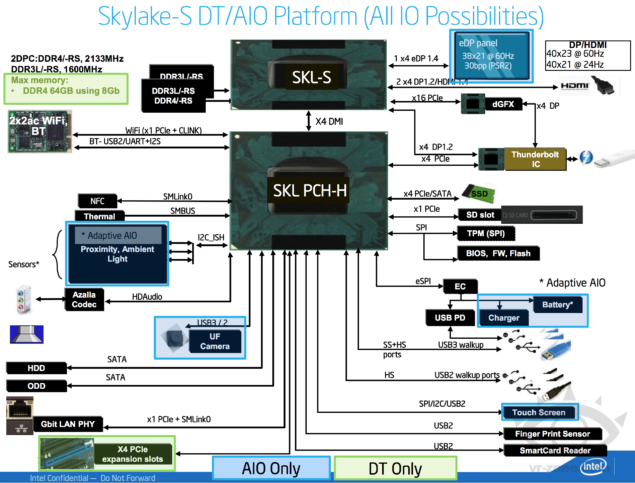 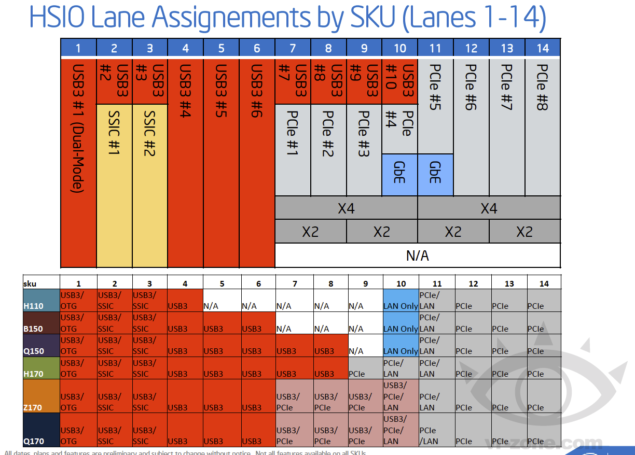 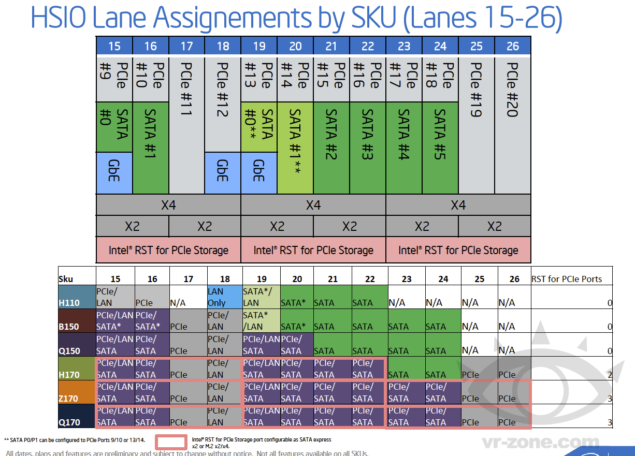