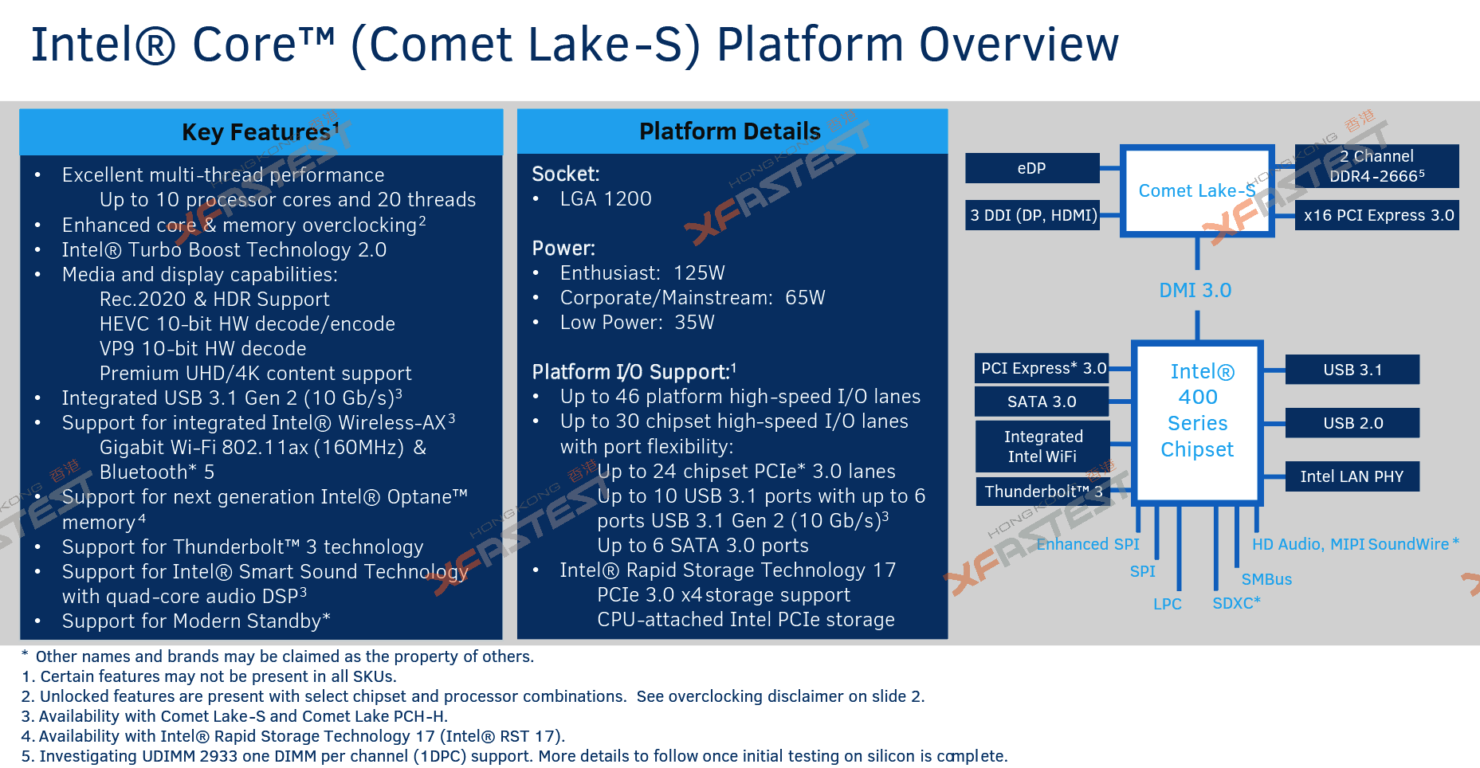 Intel's Comet Lake-S platform specs and launch date has leaked out (Xfastest via Videocardz) along with the complete roadmap till Q2 2019. Comet Lake-S is Intel's plan to introduce up to 10 cores to its mainstream lineup, based on the 400-series chipset and LGA 1200 socket.l Comet Lake S parts will be landing near the end of the year and should hit the shelves by early Q1 2020. The lineup will include high performance "K" series parts with 125W TDP and a very high clock rate (these are based on the company's highly mature 14nm process).

All that said, what will really make or break this platform is going to be pricing. AMD has been fairly aggressive with pricing in the past and we can expect them to continue doing so going forward. It also appears that Intel's highest core part will remain the Intel Xeon W-3175X till Q2 2020 at 28 cores / 56 threads. It remains to be seen what Intel will christen the parts as but if the 10nm mobility nomenclature is any indication then we might see them using the 10th generation branding. Intel Core i9-10900K, Intel Core i7-10700k, and Intel Core i5-10600K could be a thing sooner or later.