Intel Pentium G620 for LGA775 Spotted, Could this be a Fake too? 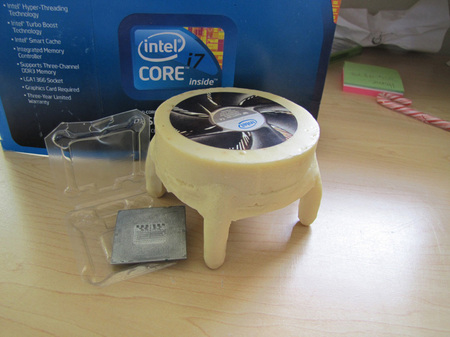 Recently a guy bought a $1000 Core i7 990X which turned out to be a LGA775 Pentium 4 Processor (Details), Pretty bad luck for that guy! Now an Intel Pentium G620 has also been spotted which runs on the LGA775 socket. 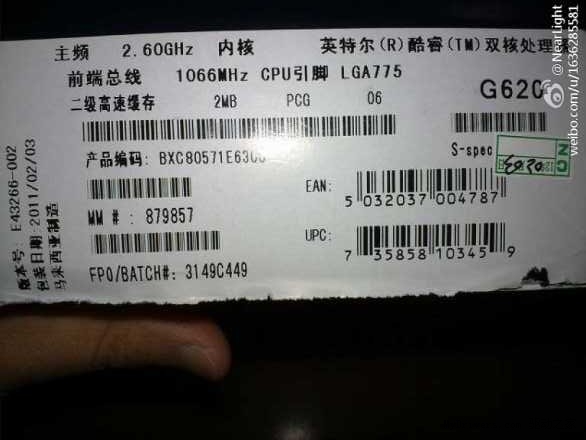 The picture's of the box have been exposed by a Chinese forum member Nearlight, The box reads that the G620 (LGA775) has been manufactured in Malaysia, Clocked at 2.60Ghz featuring a FBS 1066Mhz and 2MB of L3 Cache. The LGA1155 model comes with 65W TDP and 3MB Cache, Rest specs are same.

Intel hasn't confirmed or listed an LGA775 model of the processor over at its site, So just in case you see that specific model over at forums or online, make sure you inspect it carefully before buying as it can be used to fraud LGA1155 buyers.