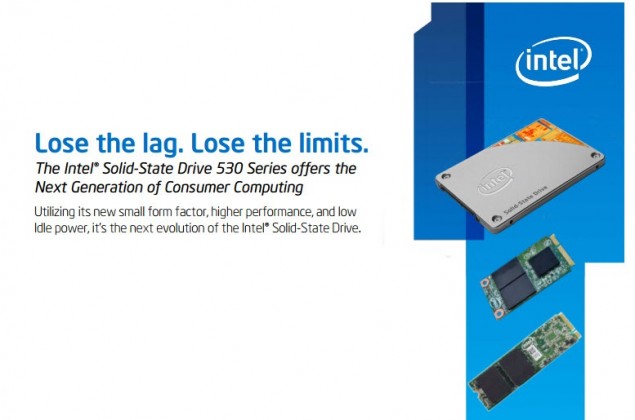 Intel's SSD 530 series is based upon the latest 20nm MLC NAND Flash which is powered by the latest version of the SandForce SF-2281 controller. The SSDs available in each form factor churn up upto 540 MB/s Read, 490 MB/s Write, 41K IOPS (Random Read) and 80K IOPS (Random Write).

A New Generation of Power-Efficient Performance