Intel (NASDAQ: INTC) Disregarded the Safety of Its Workers in Its Quest for Profits, as per a String of Complaints Lodged With the Regulatory Agencies 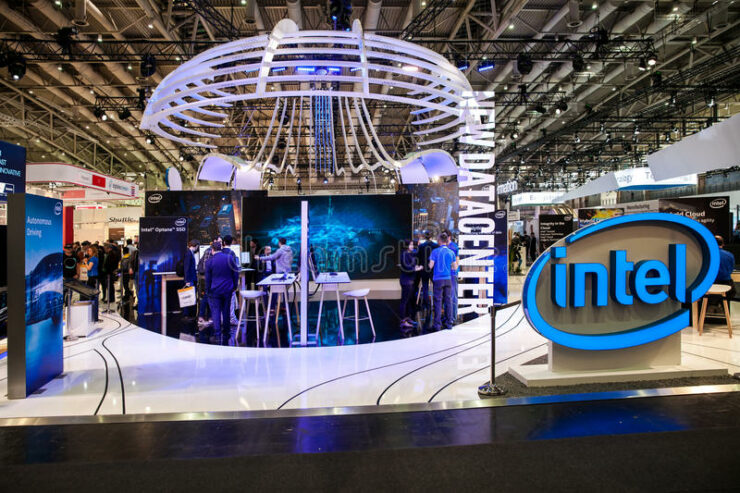 Intel (NASDAQ:INTC), the inarguable behemoth in the global semiconductor sphere, faced a conundrum with the advent of the coronavirus (COVID-19) pandemic where the need to ensure the safety of its workers clashed head-on with the necessity of ramping up the 10nm node production process. Now, according to a Bloomberg report, several complaints against Intel have been lodged with the regulatory agencies in the U.S. over the company’s apparent disregard for worker safety in its quest to maintain production.

Bear in mind that a sterilized manufacturing environment is a necessity for chip production lines in order to prevent dust particles from seeping into the sensitive machinery. Nonetheless, other communal areas in such facilities are not subjected to the same extent of sterilization due to practical limitations. Now, however, it appears that Intel workers have serious reservations regarding the safety protocols that the company instituted to prevent the introduction and spread of the coronavirus in its facilities.

For instance, in its plant in Chandler (Arizona), Intel allegedly failed to isolate workers who had come into contact with the infected employees. Moreover, according to a number of employees, facility managers adopted a cavalier attitude in the face of complaints that highlighted the inadequate adherence to spatial distancing measures. Employees at the Chandler facility – also known as Fab 42 – raised concerns in early April through internal messaging boards regarding the lack of CDC guidelines implementation. Specifically, workers expressed apprehension that the Intel management was not enforcing the requirements that employees wear facial masks and maintain a minimum distance of 6 feet.

Highlighting the extent of disgruntlement with Intel’s policies, an employee wrote in a messaging board on the 2nd of April:

“Here is what it looks like from the maintenance tech point of view. Intel don’t [sic] give two craps about us as long as we keep product moving.”

Many of these complaints have now been raised with various state-level regulatory agencies. For example, the Arizona Division of Occupational Safety and Health is currently investigating one such complaint. Moreover, Oregon’s Occupational Safety and Health Division has received over 40 complaints against Intel’s facilities located in the Hillsboro vicinity. These filings, submitted over the course of around one month from late March into late April, accuse Intel of not adhering to CDC’s spatial distancing guidelines, not providing facial masks, and allowing symptomatic employees to resume work without a definitive negative COVID-19 test, as per the documents viewed by Bloomberg. Notably, only one complaint has been closed up till now while four others are still in the investigative stage. In the same vein, New Mexico’s Occupational Health & Safety Bureau shuttered a cafeteria within one of Intel’s facilities in the state upon receiving two workplace safety complaints. However, the agency removed the restriction once Intel took adequate remedial measures.

For its part, Intel asserts that its managers have been relaying to its employees the necessity of staying away from work should they develop any symptoms. The chipmaker also contends that it is adopting a flexible policy regarding the application of such leaves against the employees’ absence allowance.

According to Darcy Ortiz, an Intel VP and general manager of corporate services, the company has instituted staggered shift changes, reconfigured communal space in line with spatial distancing guidelines, and instituted patrols to ensure compliance. She went on to note that:

“We completely understand that people would be concerned. We have a strong safety culture. We’ve provided a means for people to escalate issues. We welcome that.”

Despite this controversy, it appears that Intel was quite successful at maintaining its production. As an illustration, the chipmaker revealed as part of its Q1 2020 earnings that it was able to fulfill 90 percent of the orders on time. Moreover, Intel’s CEO Bob Swan also announced a $100 million worker assistance fund during the earnings announcement.

Update: We have received the following statement from Intel on this matter:

"Intel’s top priority in managing the coronavirus situation is protecting the health and wellbeing of employees while continuing to operate and support our customers around the world. This has been an incredibly dynamic and unprecedented situation, and we have worked to learn and adapt as fast as possible so we can continue to safeguard our workers and communities. We encourage our employees to raise concerns and we work hard to address those concerns quickly. Intel submitted formal responses to the complaints and OSHA inspectors visited our sites in Oregon, Arizona and New Mexico. We have not received any violations, and OSHA inspectors that visited our sites complimented us on our actions."