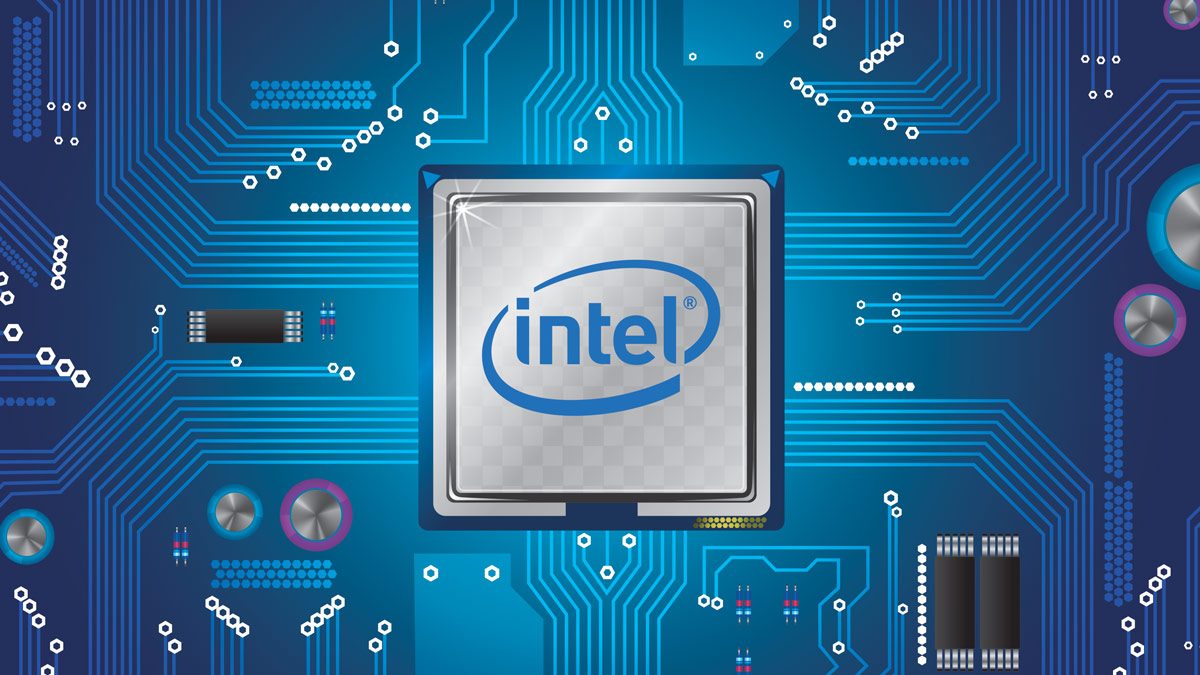 Intel (NASDAQ:INTC) reported solid growth numbers for the fourth quarter of 2019 punctuated by record revenue and a beat on almost all metrics.

Intel earned a revenue of $20.2 billion in the fourth quarter, thereby, marking an increase of 8 percent relative to the comparable quarter last year. The reported metric also exceeded the consensus revenue estimate of $19.23 billion. Notably, Intel's revenue for the full year of 2019 came at an all-time high of $72 billion – an increase of 2 percent from 2018 – largely on the back of data-centric growth and soaring desktop volumes.

A break-down of revenue by business units is as follows:

Intel earned a GAAP net income of $6.9 billion in the quarter, registering a whopping 33 percent increase relative to the comparable quarter last year. In the same vein, its GAAP EPS came out at $1.58, exceeding the consensus estimates by $0.35. Interestingly, Intel has exceeded consensus EPS estimates throughout 2019 and the fourth quarter of the year held true to this streak.

As far as free cashflow is concerned, Intel generated $9.9 billion in cash from operations, paid dividends of $1.4 billion and used $3.5 billion to repurchase 63 million shares of stock.

For the first quarter of 2020, the silicon giant expects to earn a revenue of $19 billion with the target revenue for the entire 2020 currently being estimated at $73.5 billion. Similarly, Intel expects operating margin to remain at 33 percent during the first quarter and at 31 percent for the entire year. Finally, the company expects to generate $16.5 billion in free cashflow during 2020 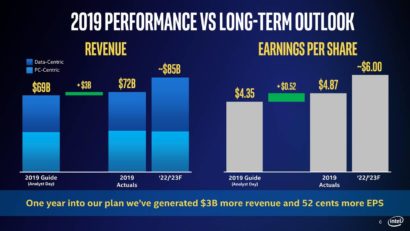 Regarding the action at the stock exchange, it should be remebered that since Intel’s last quarterly earnings report on the 24th of October 2019, its stock price has increased by around 16 percent. For reference, the iShares PHLX Semiconductor ETF has returned around 19 percent during the same period. Nonetheless, due to a solid beat on almost all metrics, Intel’s share price has jumped by 7.28 percent in the after-hours trading and is currently hovering around $67.93, as of 16:30 ET.

Intel investors have been on a rollercoaster ride over the course of 2019 as the silicon giant lowered its annual forecasts just three months into the year and then raised them back again toward the end of 2019 amid production challenges, a leadership transition and fierce competition from AMD (NASDAQ:AMD).

By now it is an established fact that Intel is facing acute production issues. Its 7nm node is expected to be launched only in the fourth quarter of 2021. In the meantime, it has been unable to fulfil the demand for its 10nm products which, in turn, has resulted in an undue reliance on products built upon the 14nm node.

Now, however, we have gained fresh insight into these production issues. Intel’s earning call presentation indicates that its ramping-up of 10nm nodes is proceeding at a faster-than-expected pace and that the chipmaker is planning to release nine products on this node during the year. Also, Intel's 7nm lead product – Ponte Vecchio – remains on track for a release in the fourth quarter of 2021. Moreover, the company is planning to expand its 2020 wafer capacity by 25 percent in order to meet the soaring demand for PC units. If these prognostications pan out, they should go a long way in smoothing the ruffled feathers of investors.

As revealed by Intel’s CEO in an exclusive interview with Wccftech, the company the company is also focusing on GPUs, FPGAs, AI, next-gen 5G technology, etc. rather than solely relying on its CPUs in order to open fresh avenues of growth. Accordingly, the silicon giant introduced new Mobileye engagements and bolstered its AI portfolio with the acquisition of Habana Labs. It also unveiled the Tiger Lake processor with an integrated GPU based on the Xe architecture.