Intel (NASDAQ: INTC) and NVIDIA (NASDAQ: NVDA) Receive a Share Price Boost on the Back of New Acquisitions 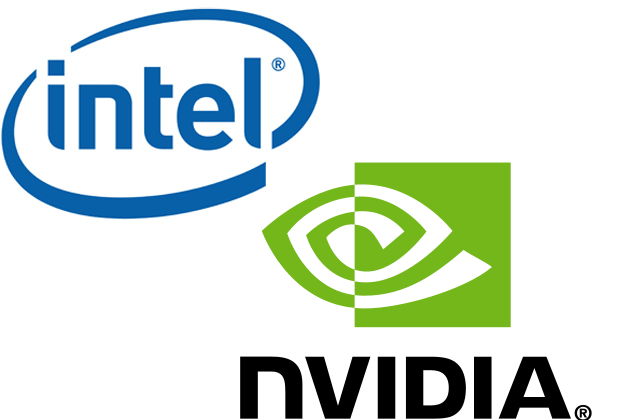 Intel (NASDAQ:INTC and NVIDIA (NASDAQ:NVDA) announced plans on Monday to bolster their portfolio through new acquisitions, placing the broader macroeconomic weakness prompted by the coronavirus (COVID-19) pandemic on a backburner.

Just hours ago, Intel disclosed its readiness to purchase the Israel-based mobility app Moovit for $900 million. As a refresher, the app offers route planning services similar to those offered by Google (NASDAQ:GOOGL) and Apple (NASDAQ:AAPL) through their respective map apps. However, Moovit also offers the facility to share bikes and scooters through its app interface. Moreover, as Moovit crowdsources a part of its public transit data, it is able to provide routing services even in remote areas.

According to Intel, Moovit currently has around 800 million customers spread across 3,100 cities in 102 countries around the globe. Intel said in its press release:

“With this acquisition, Mobileye will be able to use Moovit’s large proprietary transportation dataset to optimize predictive technologies based on customer demand and traffic patterns, as well as tap into Moovit’s transit data repository of more than 7,500 key transit agencies and operators, and improve the consumer experience for more than 800 million users worldwide.”

While explaining the rationale behind this move, Intel said that its acquisition of Moovit is a part of its strategy to “become a complete mobility provider, including robotaxi services, which is forecast to be an estimated $160 billion opportunity by 2030.”

Bear in mind that the silicon behemoth has been quite active over the past few years in acquiring new businesses. In 2017, Intel acquired Mobileye – a company that develops chips for vision-based autonomous vehicles. Back in 2018, the chipmaker took the lead in a funding round that invested $50 million in Moovit. Thereafter, in December 2019, Intel purchased the AI chip company, Habana Labs, for $2 billion.

Of course, Intel was not the only silicon giant that announced new acquisition plans on Monday. As an illustration, NVIDIA declared that it was buying the open networking software company, Cumulus Networks (NASDAQ:CMLS), for an undisclosed amount. The California-based software company supports upwards of 100 hardware platforms through the Cumulus Linux – its scalable OS for network switches that is ideal for cloud computing applications. Bear in mind that Mellanox, another company recently acquired by NVIDIA, already employs Cumulus Linux in its ‘Spectrum’ switches. According to Cumulus, it currently has over 1,800 customers, including 30 percent of the companies that feature in the Fortune 50 category.

Through this step, NVIDIA will be able to leverage the compatibility that Cumulus and Mellanox currently maintain. As an illustration, both companies worked in tandem to build DENT – a project to enable the creation of Network OS for Disaggregated Network Switches in campus and remote enterprise locations. They also worked together on the Onyx OS. Moreover, Cumulus pioneered ONIE – an open-source initiative that enables a bare metal network switch ecosystem where end users finally have the opportunity to choose among different network operating systems. Mellanox employs ONIE as a foundation for its switches.

NVIDIA said in a statement:

“Nvidia’s approach to creating both the hardware and software for accelerated computing expands deeper into networking software with Cumulus. The ability to innovate across the entire technology stack will help us deliver performance at scale for the accelerated, software-defined data center.”