Intel is going to launch their unlocked Skylake processors, the Core i7-6700K and Core i5-6500K on 5th August 2015. The latest report on these processors comes from Benchlife who have received details on roadmap concerning the launch of Intel Skylake processors for the desktop platform along with chipset launches in the 100-series lineup. 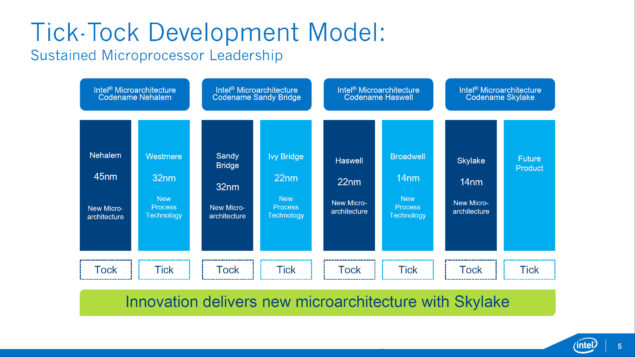 Intel is planning to roll out their unlocked processors first on 5th August alongside the Z170 boards which will be the top end parts for the mainstream and enthusiast market. These will be followed by low power and unlocked variants that will begin shipping, starting from 30th August. Other markets such as the emea and asmo regions have different dates for SKU sales but the embargo will be lifted at a similar time frame. Around the same time, we can expect H170, B150, H110, Q170, Q150 chips in the market but the solution for corporate sectors will be introduced around October-November '15 timeframe. For specifications, we have the following chips: