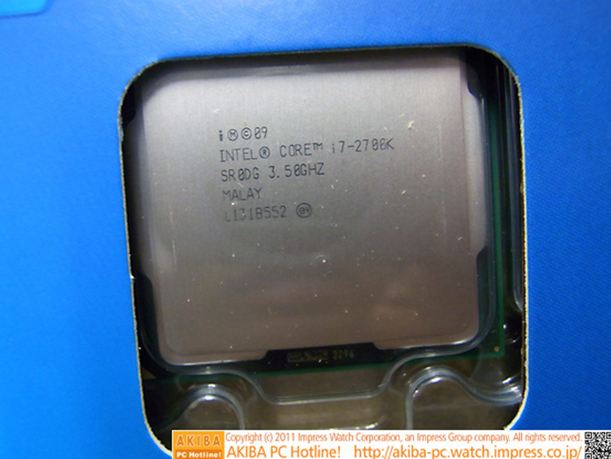 As of today, Intel has launched another addition to its 2nd Generation Core i7 series Sandy Bridge CPU’s with the Core i7-2700K as well as some price cuts to lower SB models.

The new K variant was launched with a little fanfare that wasn’t entirely expected at this time, but that too probably as we had earlier reported of these Sandy Bridge CPU’s to be cherry picked for over-clocking and reaching even higher limits than possible with the i7-2600K.

Besides that, three other variants of desktop CPU’s are getting price cuts that range between 13 to 15 percent. That may seem pretty huge but on the other end any of these are enthusiast models that will make you go out running to your local PC hardware shop to buy one.

These drops in pricing will be welcomed by budget users as well on another note, no major change can be expected to happen before the upcoming launch of the LGA 2011 socket Sandy Bridge-E CPU’s coming this November.