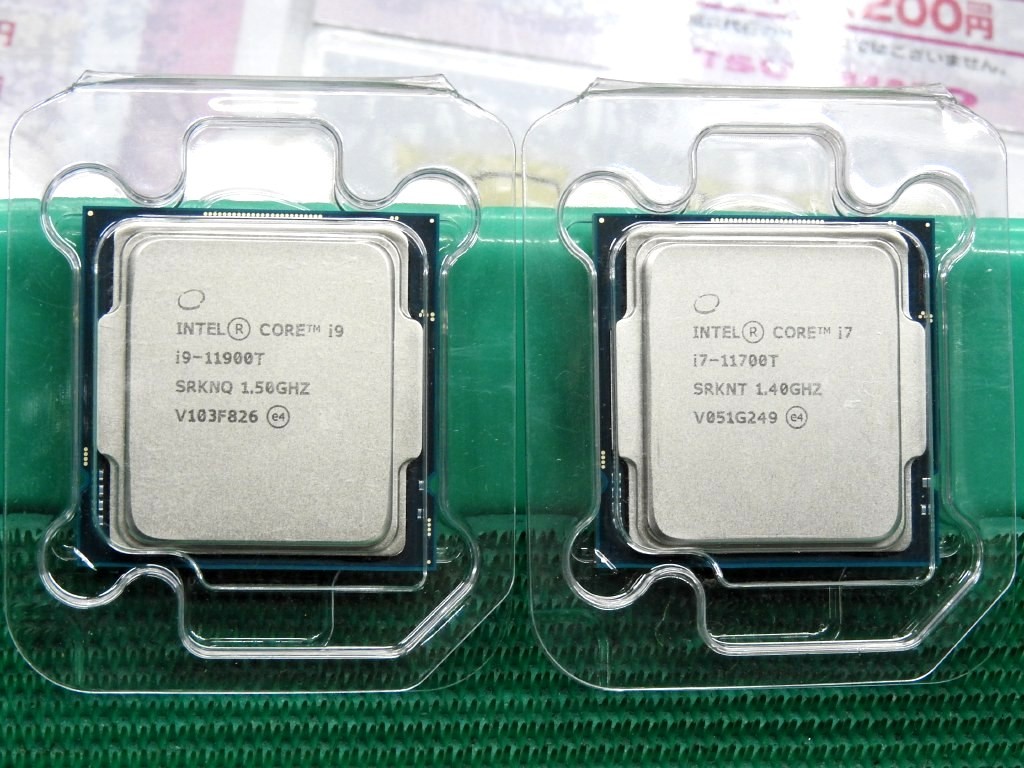 Intel's 35W Low-Power Rocket Lake Core i9-11900T & Core i7-11700T 8 core desktop CPUs have launched in the Asian and European markets but the US market has yet to get these chips. The low-power processors are designed for power-constrained OEM designs, SFF PC builds, and Mini-HTPC PCs.

The Intel 125W 'K' series and 65W 'Standard' chips have already been out since the 30th of March but only recently, retailers started selling 35W SKUs in the DIY segment. The 35W chips fall under the 'T' series branding and offer lower-power designs with conservative clock speeds compared to the standard 65W parts.

There is a 'T' series variant for all Intel Rocket CPUs in the lineup & the SKUs list is provided below:

These are relatively higher prices compared to the standard MSRP but it's mostly due to the low stock of these parts at the moment. European retailers are also listing the Core i9-11900T around 450 Euros and the Core i7-11700T for around 350 Euros but as of right now, there's not a single US-based retailer that's offering Rocket Lake 'T' 35W CPUs.

If priced correctly, the Intel Core i9-11900T with 8 cores at $440 US and the Core i7-11700T with 8 cores at $320 US could become great options for small form factor PC builders. We will get to see various OEM solutions based around these chips including NUCs from Intel's partners and we will definitely keep you posted when those designs hit the market.