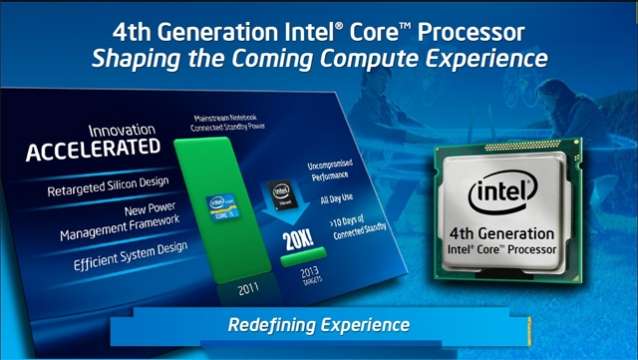 According to the slides from VR-Zone, but the Intel Haswell desktop and mobile series would debut on a date ranging from 27th May to 7th June, whereas the list also mentioned that sales to end users would not commence until after 2nd June 2013. It's also to be known that Intel could officially make the debut of its 4th Generation Haswell core at the Computex 2013 event which takes place between the same time range, that however remains a possibility.

The slides list the debut of Intel Haswell Desktop and Intel Haswell Mobile chips along with their respective 8 series Lynx Point based chipsets to debut around the same time. A little addition is made to the Haswell- mobile lineup as we see four new models listed below:

These processors would debut along the mobile lineup which we have already listed, the Intel Haswell desktop lineup can be seen here.