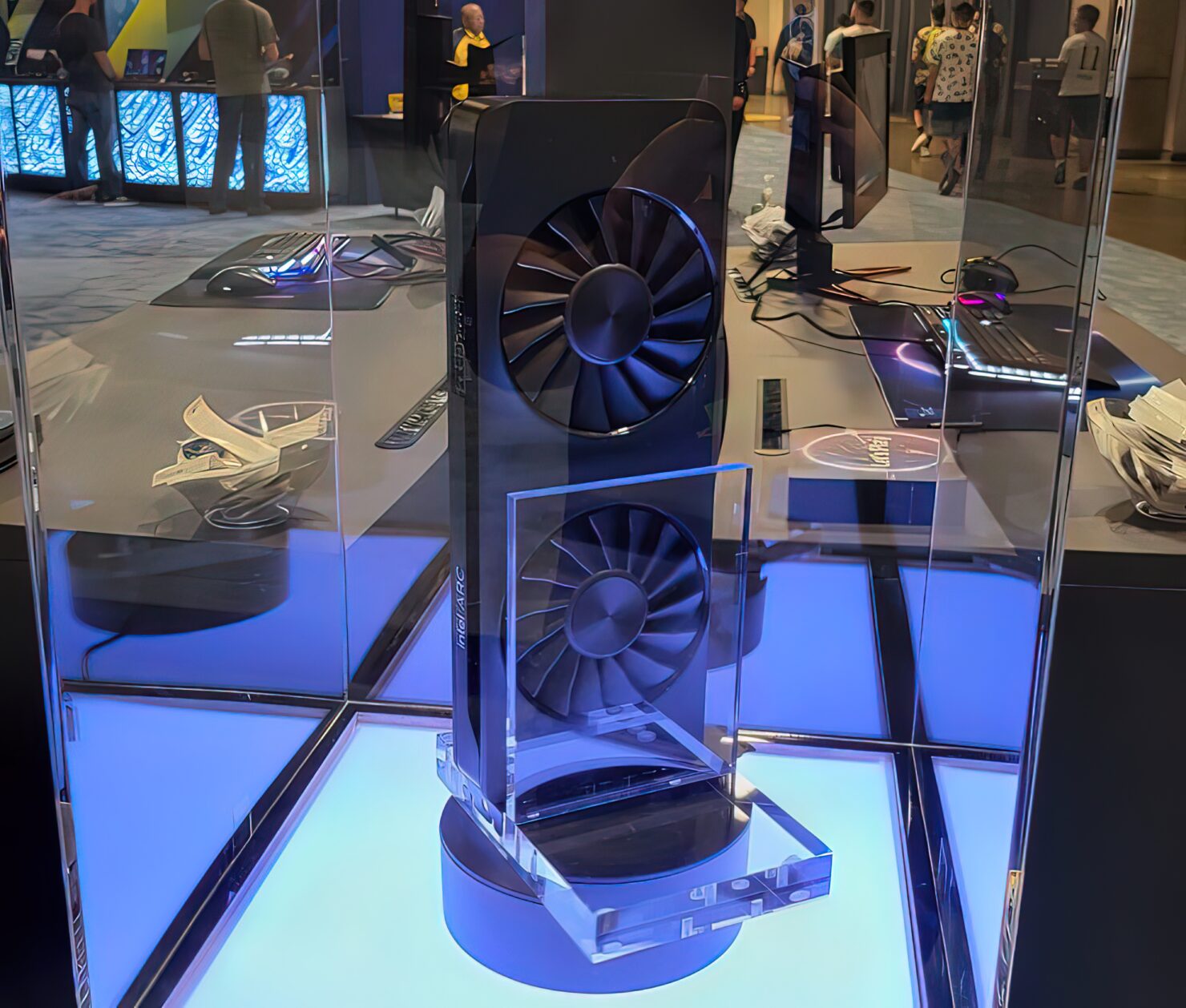 The Intel Arc Limited Edition graphics card will feature the flagship ACM-G10 'Alchemist' GPU configuration in a stunning body which features aluminum accents around the sides & an all-black shroud design.

The close-up shots look identical to the teaser that Intel showcased during its 'On' event and we can also see that the card is powered by an 8+6 pin connector configuration which means a maximum board power of 300W (150W+75W from connectors & 75W power from the PCIe interface).

There is a more noticeable view of the I/O bracket with these new photos that uses three DisplayPort connectors and a single HDMI connection. Intel has confirmed that the new ARC Alchemist will begin graphics card architectures to support the newest DisplayPort 1.4a & HDMI 2.0b interfaces.

The printed circuit board displays as many as eight memory modules. From this observation, the card is possibly the 16 GB model (considered the flagship model of Intel's new line) so it is likely to be a premium variant of the flagship Arc 7 A770 graphics card which will utilize the full Arc ACM-G10 GPU with 32 Xe cores. Following are the expected specifications of the full Arc Alchemist dGPU lineup: