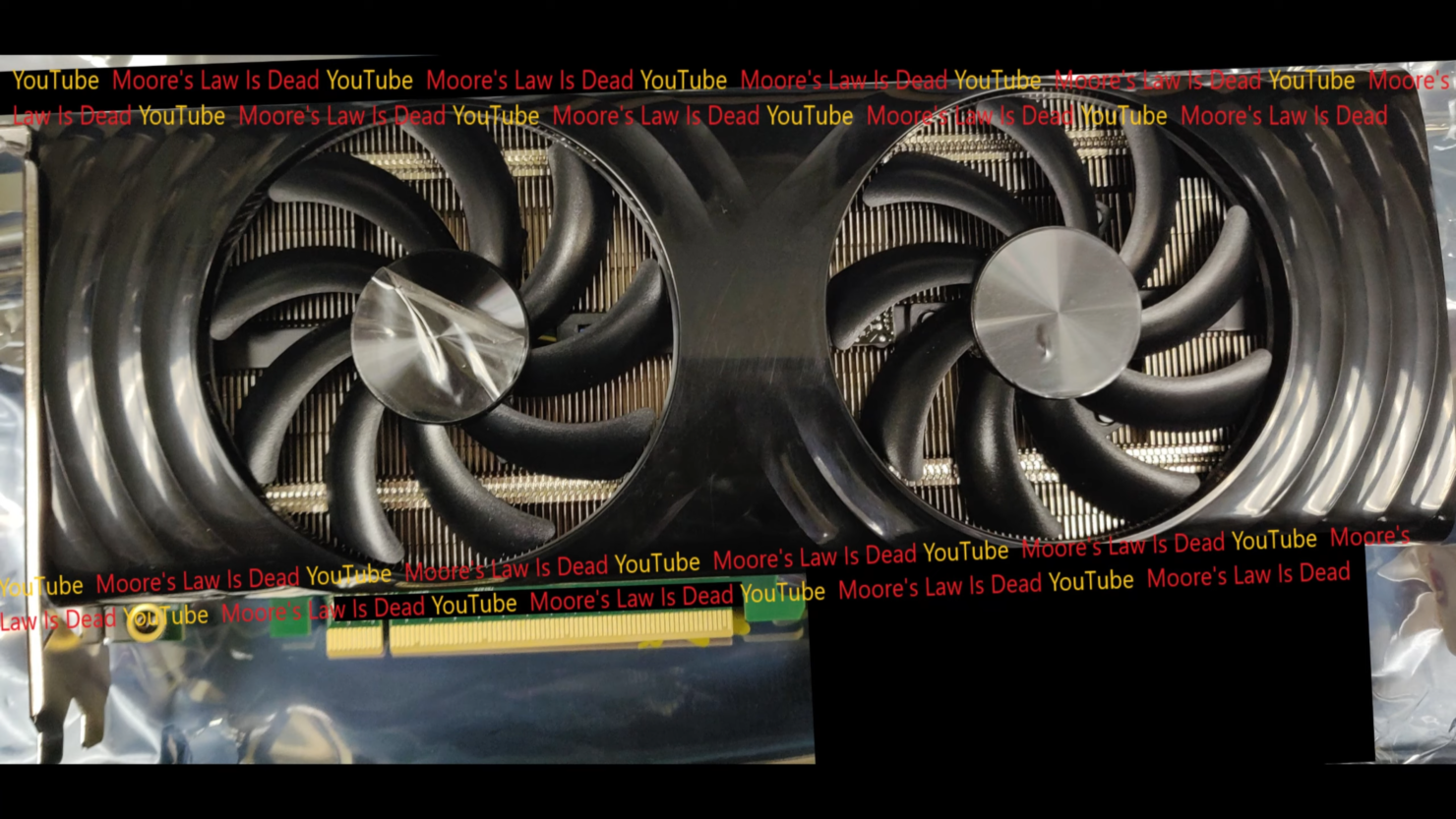 The Xe HPG DG2 GPUs based on the Gen 12 graphics architecture is a brand new design hence it is expected of them to feature brand new shading techniques such as these. Other than that, Intel discrete graphics cards will fully support ray tracing and a range of other capabilities such as Intel's own DLSS competitor which is internally being referred to as XeSS (Xe Super Sampling).

As for the card itself, MLID states that the sample pictured is a very early engineering sample and not a final design. That is apparent from the green-colored PCB and a cheap plastic shroud which will be changed in the final version of the card. The pictures show the card running a dual-slot form factor with dual-fan cooling, a large aluminum fin heatsink, and the Intel logo plastered over a small acrylic panel (note the L is missing).

Following are the first pictures of an Intel Xe-HPG DG2 graphics card's engineering sample. Do note that the following is not a final design. (Image Credits: Moore's Law is Dead)

The card features an 8+6 pin connector configuration and MLID states that the expected TDP of the Intel Xe-HPG DG2 gaming discrete graphics card is expected to be up to 275W. The PCB or the back is not shown in the leak as it contains traces through which MLID's source could be tracked.

The Xe-HPG DG2 512 EU chip is suggested to feature clocks of up to 2.2 GHz though we don't know if these are the average clocks or the maximum boost clocks. Also, it is stated that Intel's initial TDP target was 225-250W but that's been upped to around 275W now. We can expect a 300W variant with dual 8-pin connectors too if Intel wants to push its clocks even further. 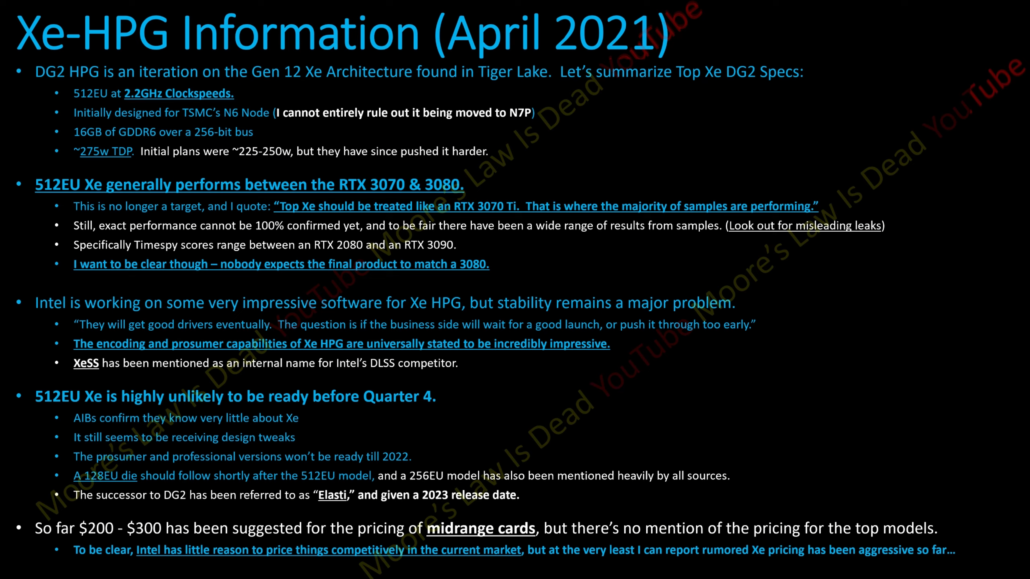 Besides that, some performance targets are also mentioned and the flagship Xe-HPG DG2 discrete graphics card is hinted to be as fast as the NVIDIA GeForce RTX 3080 which should put it close to the AMD Radeon RX 6800 XT too. The 3DMark TimeSpy scores vary a lot based on various samples and end up somewhere between the RTX 2080 and the RTX 3090. The performance metrics could be for differently configured DG2 SKUs.

It is stated that the company will have very good drivers but that depends on the timing of the cards itself as Intel could go two routes, either push the line back for drivers to mature or release them early but still offer good support but lack in terms of other features, similar to AMD's RDNA 2 which still hasn't received its DLSS competitor months after launch. The encoding and prosumer capabilities are also going to be very impressive for Xe-HPG graphics cards.

The leaker states that the card is nowhere ready for a launch until Q4 2021 or even early next year (proper availability). No AIBs have received proper information about the cards yet as the cards are still receiving design tweaks by Intel themselves. Prosumer variants are also expected but they will not be ready till 2022. It looks like the 512 EU SKU will be heading out to the consumer segment-first followed by 128 EU SKUs shortly after. The leaker also states that the successor to DG2 GPUs will be known as Elasti 'DG3' and has a release date scheduled for 2023.

As for pricing, the mid-range cards are expected to be priced at around $200-$300 US which is what Raja Koduri considers to be the sweet spot for gaming. There's no mention of pricing for the higher-end variants but expect them over $500 US. Expect more information around the mid of 2021 related to Intel's desktop discrete gaming graphics lineup.