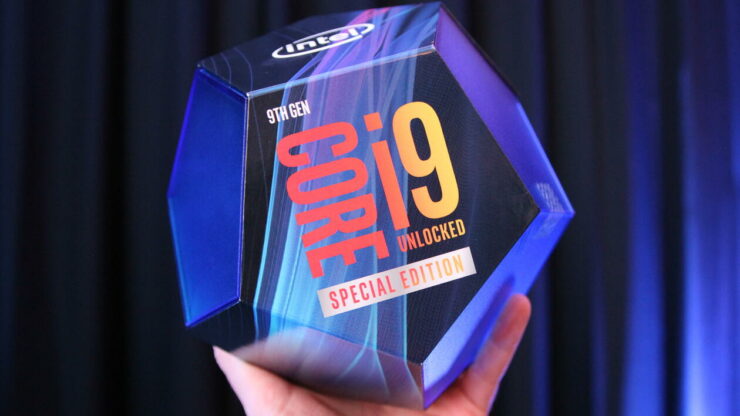 Intel has announced the discontinuation of its  9th Gen Coffee Lake Refresh Desktop CPU lineup including the flagship Core i9-9900K. A total of 117 boxed and tray CPU units featured inside Intel's 9th Generation lineup will reach discontinued status this year while the last shipments will be made till December 2021.

Launched as a replacement to the 8th Gen Coffee Lake lineup, the 9th Gen Coffee Lake Refresh CPUs were brought to the market to compete against the AMD Zen+ based Ryzen 2000 CPUs but came with one of the worst core/thread segmentation in Intel's history where they were offering Core i5 CPUs with just 6 cores and 6 threads and Core i7 CPUs with 8 cores and 8 threads. Only the flagship model, the Core i9-9900K retained multi-threading support with 8 cores and 16 threads. 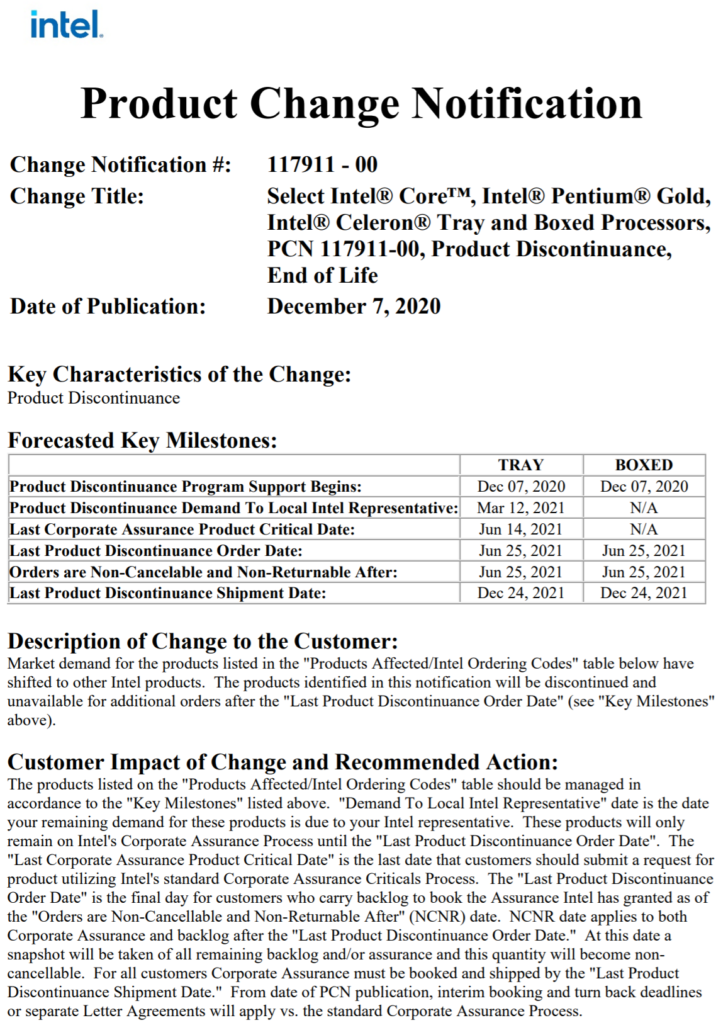 Intel hoped to retain its lead with its frequency advantage however that resulted in a loss in overall efficiency since the blue team was relying on an older 14nm process and architecture (They still are to this day). This led AMD to gain its efficiency lead while their spectacular multi-threaded gains just started being uncovered. The 9th Gen CPU lineup would be replaced by a more refined lineup, the 10th Gen Comet Lake-S family which features multi-threading support across the board.

The 10th Gen lineup is a whole different story but as we ready for a new 14nm family launch, the 11th Gen Rocket Lake lineup, Intel has to say farewell to its older CPU lineup and discontinue its production to open up room for the production of new 14nm chips. The discontinuation list has CPUs ranging from boxed and tray units and includes Celeron, Pentium, Core i3, Core i5, Core i7 & Core i9 SKUs.

The warranty and support periods for your CPUs will remain intact and you will still be able to find used 8th Gen CPUs in the marketplace. The last product discontinuance order date is planned for 25th of June, 2021 while the last shipments will be made till 24th of December, 2021.