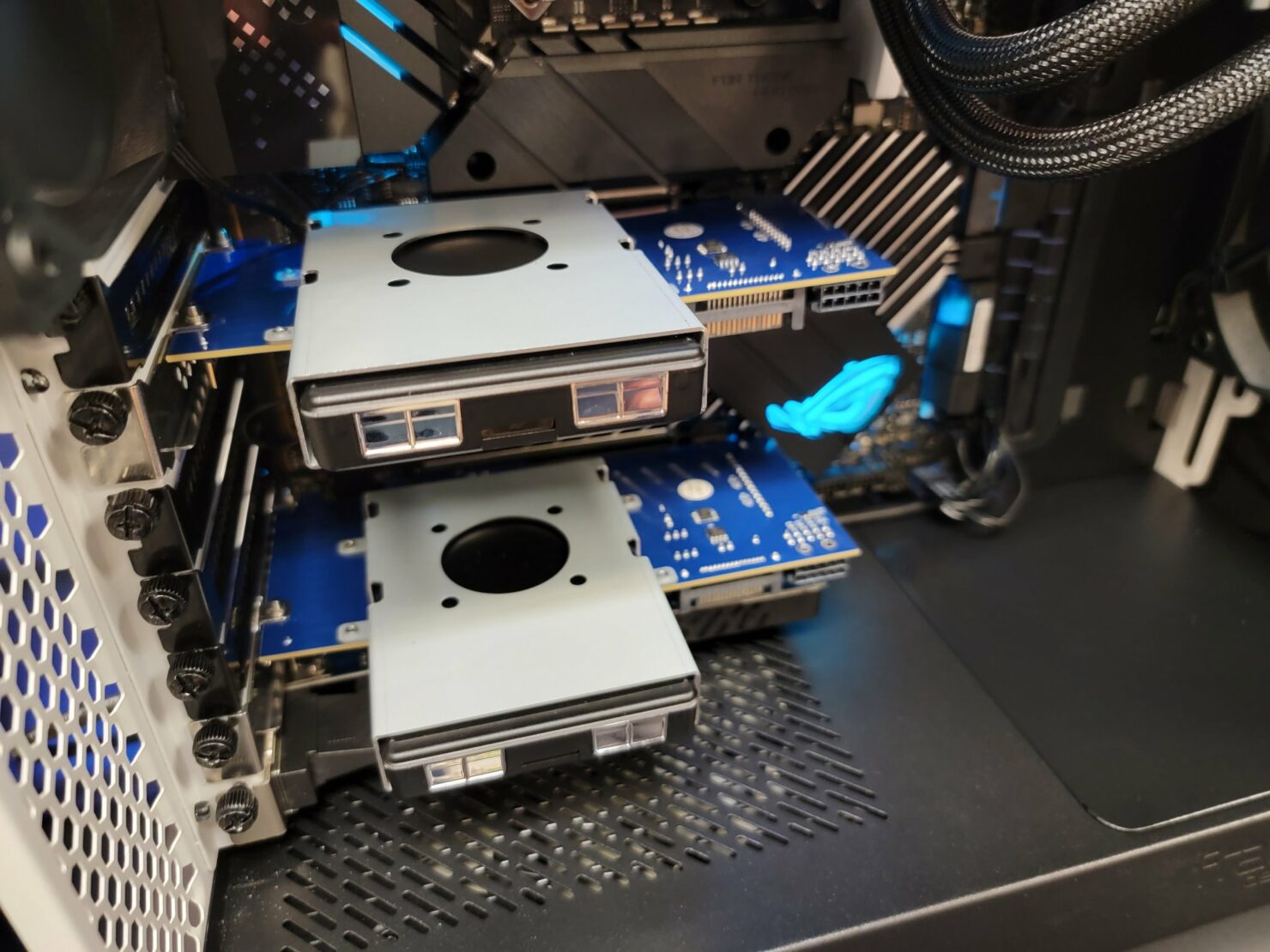 The demo was showcased by Intel's Chief Performance Strategist, Ryan Shrout, who had the whole thing planned out for a press unveil at CES 2022 but since all major companies have backed out & canceled their on-site events, switching over to virtual-only conferences/keynotes, Ryan decided it was time to show the PCIe Gen 5.0 capabilities over on his Twitter feed.

The demo is comprised of an Intel Alder Lake Core i9-12900K CPU that was running on an ASUS ROG Maximus Z690 APEX motherboard. The APEX comes with two PCIe Gen 5.0 slots (x16 & x8), electrical. While the GPU, an EVGA RTX 3080 FTW3, was installed in the first slot, the second slot featured an adapter board that let Ryan equip the Samsung PM1743 SSD. The adapter is used to convert and adapt the enterprise tier or any 2.5" drive to the PCIe slot using an x4 interface.

With the SSD installed, what's left to see is the performance and like most high-end PCIe Gen 4 SSDs, the one Ryan used to compare (WD SN850) ended up with around 7000 MB/s throughputs. It was a bit lower than 7000 since the drive had an OS loaded onto it but the Samsung PM1743 Gen 5 SSD ended up almost twice as fast with blisteringly fast speeds that could read 14,000 MB/s or 14 GB/s within the IOMeter test.

Ryan also mentions that he did test dual Samsung PM1743 SSDs too, probably in RAID0 mode, and hinted that they were 'fast'. You can see the two PCIe Gen 5.0 SSDs running together and offering up to 28.3 GB/s of throughput which is literally insane.

A few asked why we didn't show both of the PCIe 5.0 drives running at the same time. Fine @IanCutress here you go. Addressing them independently in IOmeter for a combined bandwidth over 28 GB/s!! https://t.co/107wlJ4wit pic.twitter.com/c8fecGkxli 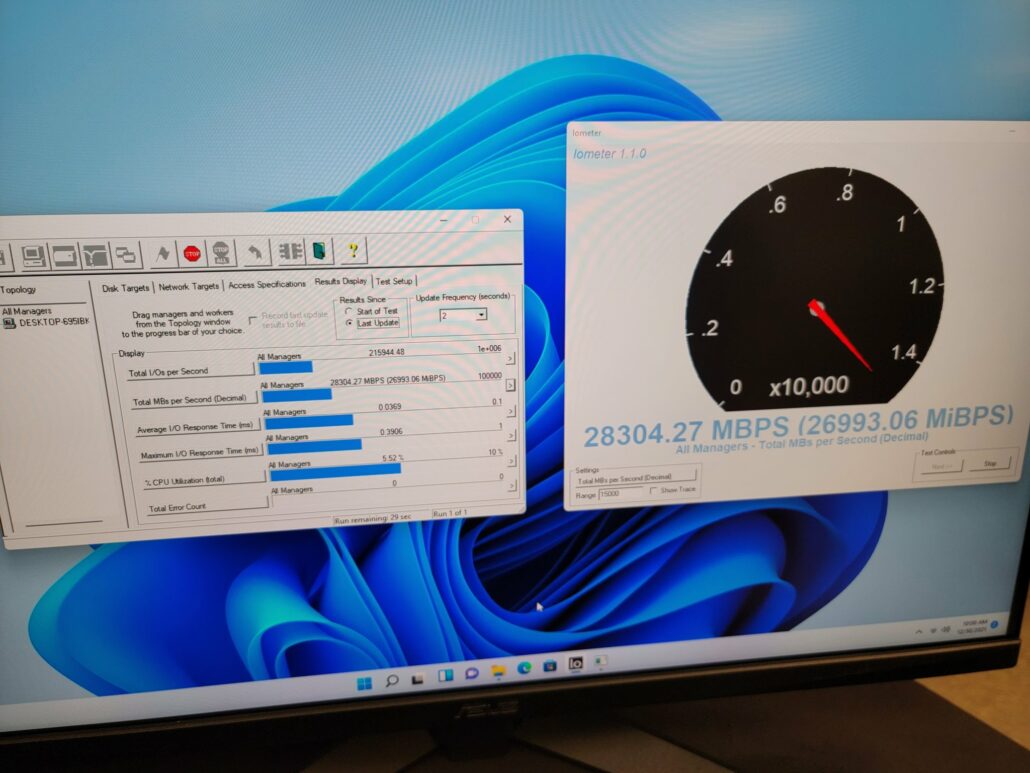 PCIe 5.0 offers a bandwidth of 32 Giga transfers per second (GT/s), doubling that of PCIe 4.0. Leveraging a proprietary controller designed to support the latest PCIe standard, the PM1743 will deliver outstanding read and write speeds to accommodate the rapidly increasing performance requirements of data centers.

Samsung’s PM1743 will feature a sequential read speed of up to 13,000 megabytes per second (MB/s) and a random read speed of 2,500K input/output operations per second (IOPS), offering 1.9x and 1.7x faster speeds over the previous PCIe 4.0-based products. Moreover, write speeds have been elevated significantly, with a sequential write speed of 6,600 MB/s and a random write speed of 250K IOPS, also delivering 1.7x and 1.9x faster speeds, respectively. These remarkable data transfer rates will allow enterprise server manufacturers deploying the PM1743 to enjoy a much higher level of performance.

Samsung is the first to offer PCIe Gen 5.0 compliant SSDs of the enterprise but we can expect other manufacturers to hop onboard the consumer/enterprise bandwagon later next year as Gen 5 gets a wider adoption by the next-generation of AMD and Intel CPU platforms.