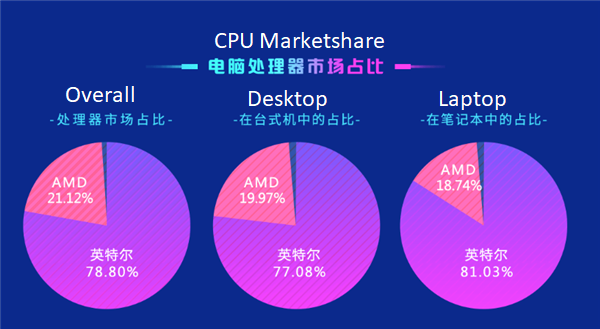 The Chinese market is the largest PC market in the world and while there usually isn't a lot of easily available information on it, we have a very interesting compilation of data from popular Chinese benchmark 'Master Lu (鲁大师)' via elecfans. Not only does it list the most popular models for CPUs and GPUs from Intel, A,MD and NVIDIA but it reveals that Intel commands the vast majority of market share in the x86 CPU sector in china.

Let's start with the CPU share. According to the charts, Intel's CPUs own 77.08% of the desktop market and 81.03% of the laptop market with a 78.8% overall share. AMD occupies a 21.12% share as of the first quarter of 2021. This benchmark would serve as a good data point to track the market share of our three companies in China going forward as well (if you know more, feel free to drop them in the comment section below). AMD also occupies a 32.73% market share in the GPU market with NVIDIA at 67.18%.

China's market is heavily dependant on brand loyalty and perceived value for money. The PC builder and OEM space are also heavily populated with small but numerous companies. The most popular processor in china *queue drum roll* according to Master Lu's benchmark is the Intel Core i5-9400F. I would not be surprised if this part was prominently featured in most OEMs and pre-builts that are sold there. On the mobility side, things take a surprising turn for the high end with Intel's Core i7-9750H leading the lineup. 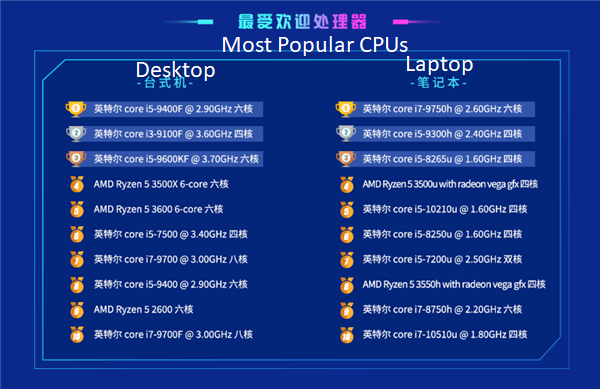 Interestingly, the second and third spots for both the desktop and laptop CPUs go to Intel as well. The Intel Core i3-9100F & Intel Core i5-9600KF on the desktop side along with the Core i5-9300H & Core i5-8265U on the mobility side take the silver and bronze spots for most popular CPUs. It is worth pointing out that AMD's 2nd and 3rd generation chips *are* available here with the AMD Ryzen 5 3500X 6-core and the AMD Ryzen 5 3500U making the biggest headway in the desktop and mobility platforms respectively. 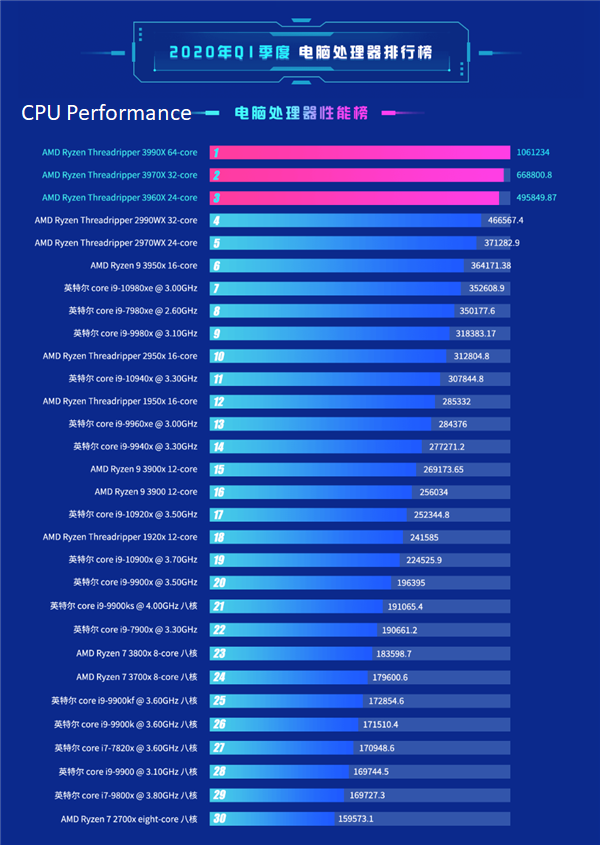 In what is a major hurrah for AMD, the Radeon RX 580 graphics card commands the top spot for the Chinese GPU market as the most popular GPU. The NVIDIA non-RTX based lineup of GTX 1660 and GTX 1650 are the second and third most popular GPUs according to this benchmark. Once again, it seems that the SUPER series has, in fact, landed in China and this is just how things stand in the local market right now. 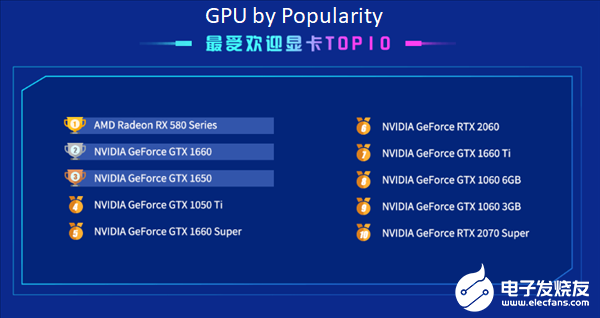 Interestingly, the first high-end GPU I saw is the RTX 2060 followed by the RTX 2070 SUPER. NVIDIA's usual flagships aren't present in this listing. This is something that once again points to the heavily entrenched OEM and pre-built industry in China in which "known good" configurations (usually for gaming and working) are sold en masse in high volume. Like before, a list of various GPU's performance level in Master Lu's benchmark is given below: 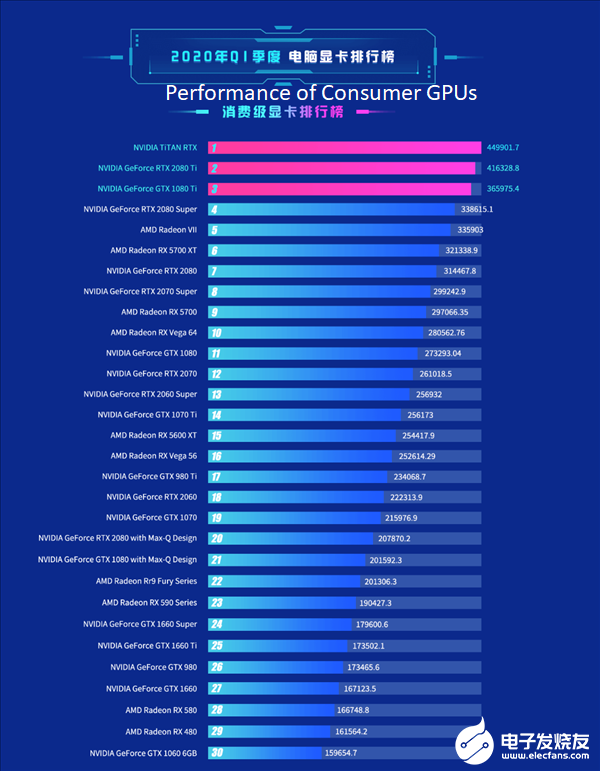 With Mindfactory.de results from Germany heavily swinging in AMD's favor, it was very interesting to see a counterweight added with this report from Master Lu. More data points are always welcome and if our readers have any more that they would like to add to our coverage, feel free to drop them below. It is also telling of the Chinese PC market which consists mostly of value shoppers.

With Intel's 14nm parts still going strong, it would be very interesting to see how the PC market evolves in china in 2020. It also shows the importance of having a strong supply chain and local market presence on top of a very strong value proposition. Intel is planning to roll out its 10nm CPU parts on the desktop side later this year and Big Navi is expected to land in the latter half as well. So we will certainly be keeping an eye on Master Lu's benchmark reports for an added indicator of global market share.