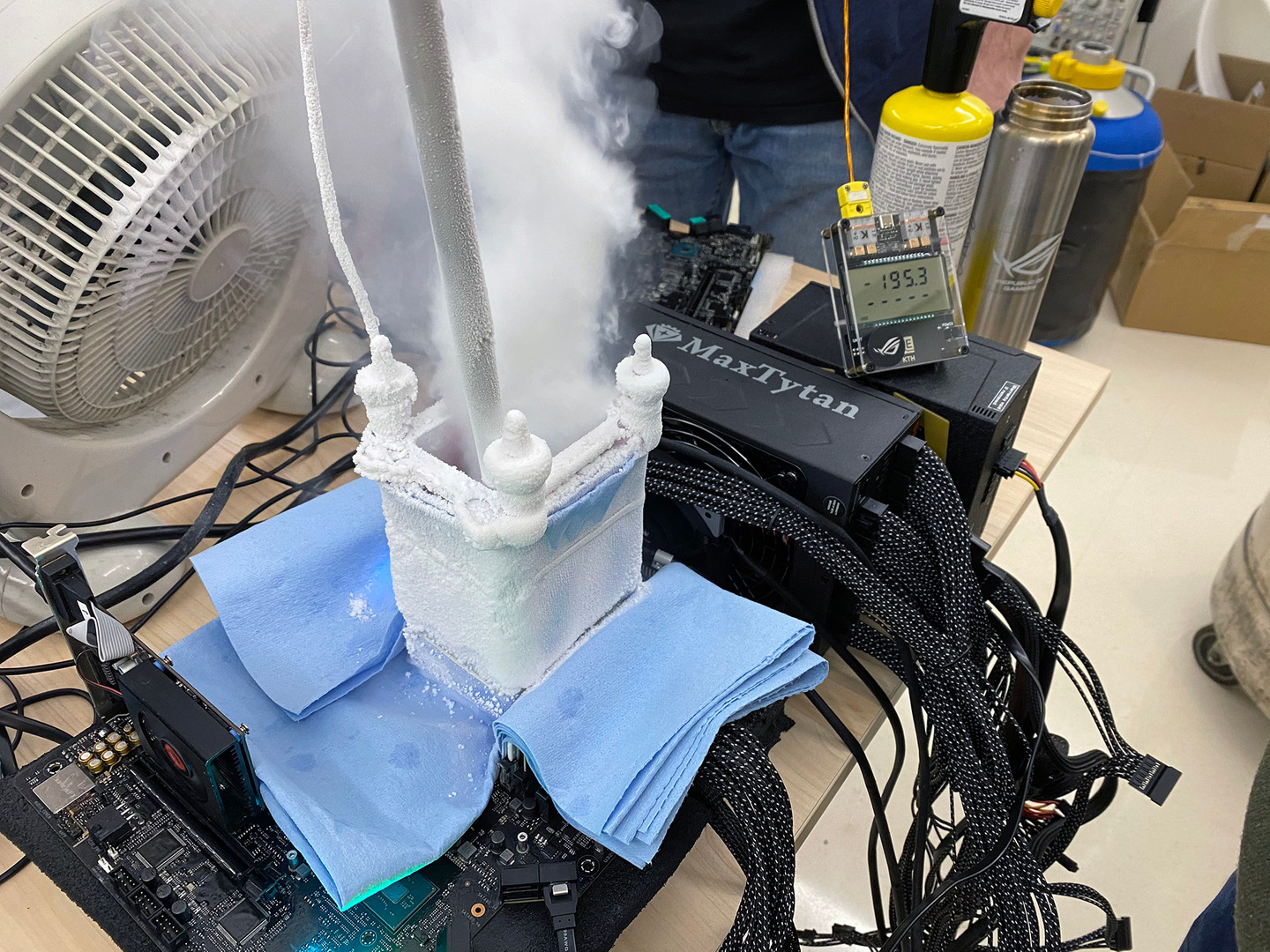 It's been just a few days since the Intel Core i9-11900K Rocket Lake flagship launched and it has already broken several world records. World's top overclockers came together to publish some insane performance records that were achieved with Intel's 11th Gen Flagship and even pushed the CPU and Memory clock speeds far beyond 7 GHz which is truly impressive.

The world record's posted over at HWBot show that each overclocker, representing a specific brand (mainly ASUS, MSI ASRock, & Gigabyte) were able to achieve some record-breaking performance with Liquid Nitrogen and Liquid Helium cooling. Motherboards such as the Gigabyte Z590 AORUS Tachyon, MSI MEG Z590I Unify, ROG Maximus XIII APEX, and the ASRock Z590 OC Formula were among the best to hit these stellar results on Intel's Core i9-11900K flagship.

Following is the list of all the achievements for the Intel Core i9-11900K Rocket Lake CPU posted by HWBot:

As you can tell, each overclocker made close calls with one another but ultimately, only one can hold the crown of the 1st position. Gigabyte's Z590 Tachyon achieved an impressive 7314.41 MHz or 7.31 GHz frequency record on the Intel Core i9-11900K CPU. The overclock was carried out by HiCookie who's a professional & renowned overclocker in the enthusiast segment.

On the DDR4 memory side, Kovan Yang achieved a staggering 3578.2 or DDR4-7156 MHz world record overclock which puts it as the fastest memory (DDR4) overclock ever achieved. Other results include world record Intel Core i9-11900K 8 core CPU performance results in several synthetic benchmarks at extremely high clock speeds from overclockers around the world.

ASUS's in-house overclocker, Elmor, also managed to set some records with the Intel Rocket Lake Core i9-11900K, pushing it to 7.307 GHz. You can see the benchmarking session in the video posted below: