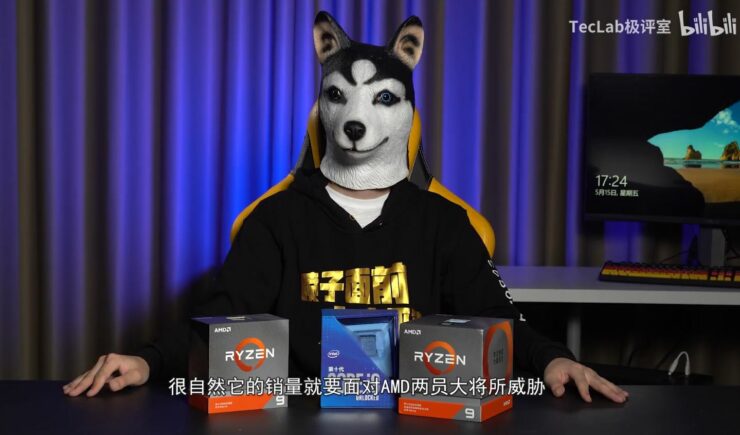 An early review of Intel's upcoming Core i9-10900k flagship has leaked out from Teclab @Bilibili (via Videocardz). The review pits the Core i9-10900k against AMD's 3rd Generation Ryzen 9 3900X and Ryzen 9 3950X flagships. The sample tested by Teclab appears to be a retail sample and has a base clock of 3.7 GHz. While the Core i9 10900K has similar performance in gaming tests, it is outclassed by AMD's 3900 and 3950X in pretty much all other benchmarks.

Our friendly canine reviewer used the Z490 and X570 motherboard series for the Intel and AMD respectively. Although we do not know the exact motherboard model (likely to not get the AIB in trouble since it is almost certain that they got the CPU sample from them) for the Z490, we do know that the X570 motherboard in question is the MEG X570 GODLIKE. DDR4 RAM clocked at 4000 MHz (G.Skill Trident Z) was used but the timings on the AMD variant were slightly different. All CPUs were cooled by a 360mm AIO and paired with a powerful HOF RTX 2080 Ti graphics card to make the games as CPU bound as possible. 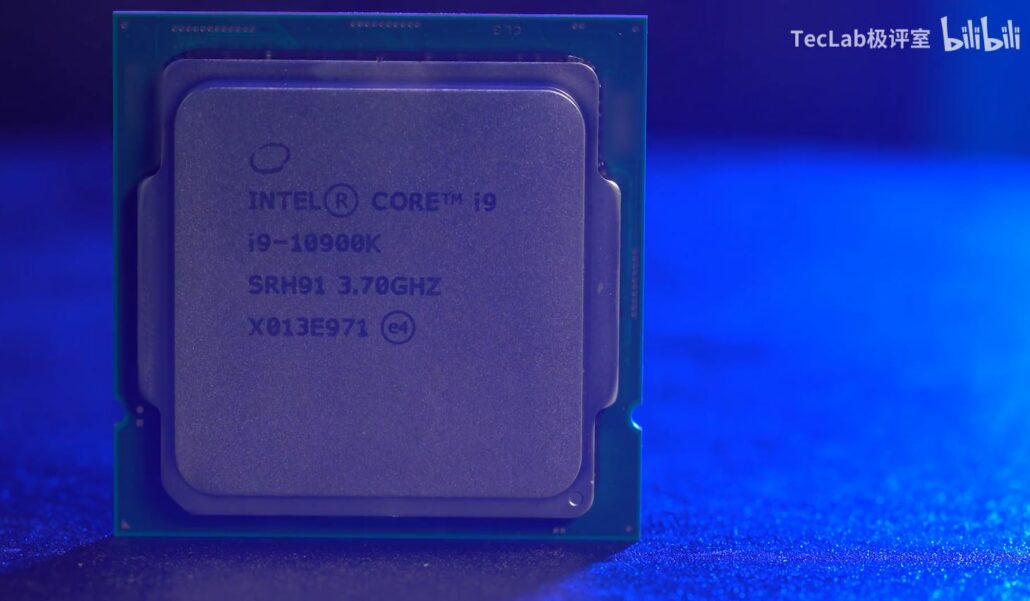 A summary and translation courtesy of Videocardz: 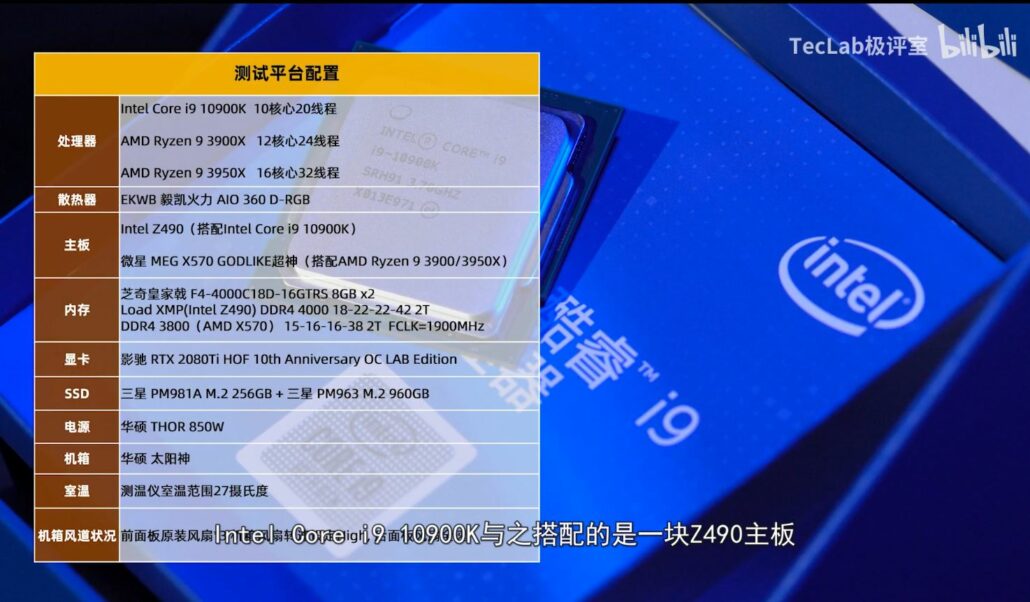 Let's start with the Cinebench scores first. Before we delve in, however, keep in mind that this is the retail version of the CPU and likely representative of the final product. What can change are BIOS and CPU Microcode updates along with drivers although that should be within noise. 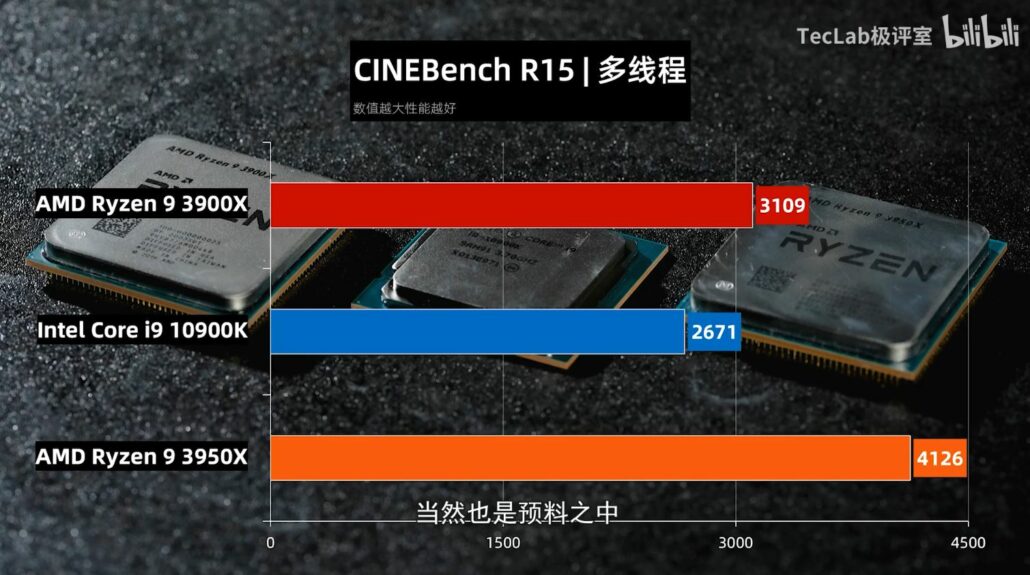 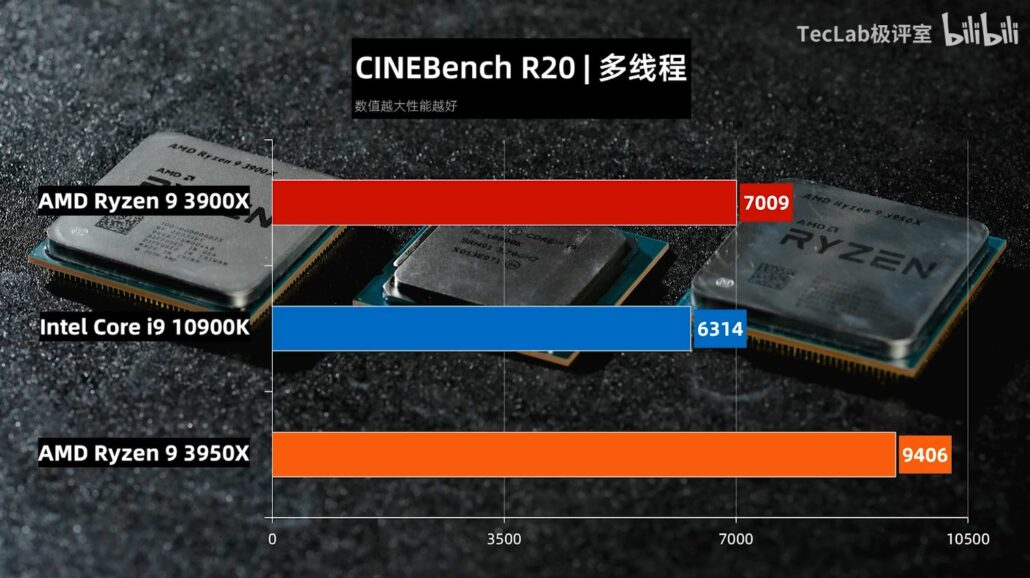 Let look at some synthetics as well. A synthetic is usually closer in representation to overall gaming performance than raw compute performance. It also accounts for optimizations (or lack thereof), something theoretical peak benchmarks like Cinebench may not take account of. Gaming performance has always been the saving grace of Intel's 14nm CPUs and it looks like this is still true unless the sample of games and synthetics here (24 data points in total across 3 CPUs) turns out to not be indicative of the larger average for some reason (unlikely).

In gaming synthetics, the Core i9 10900K just barely manages to beat out AMD's R9 3900X but gets outclassed by the 3950X once again. Interestingly however, while the graphics score show high variation there is actually very little variation in the CPU scores - meaning there is not much difference between the AMD 3950X and Intel 10900k in terms of compute available for gaming. Not as much as the difference in pure compute at least. 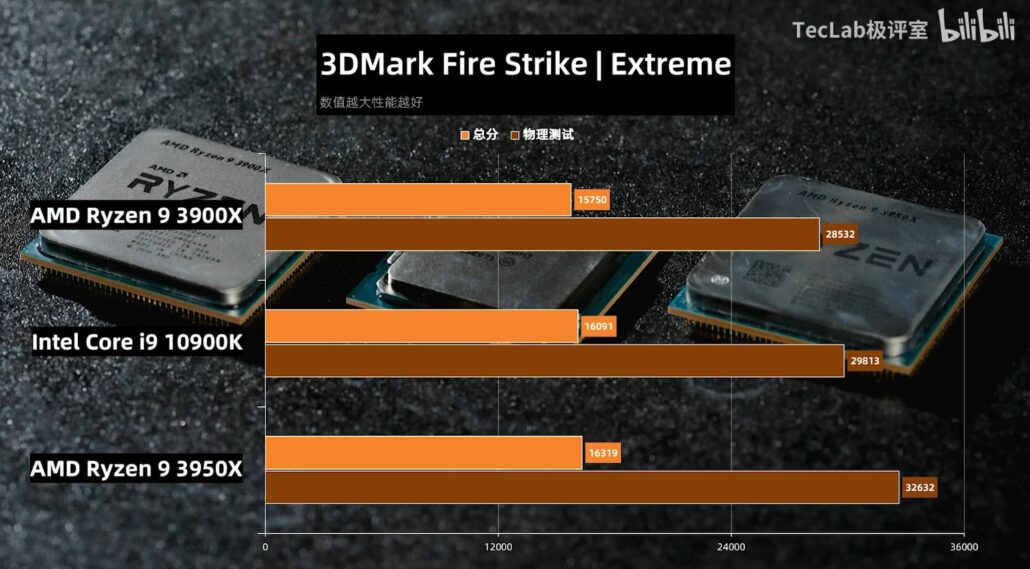 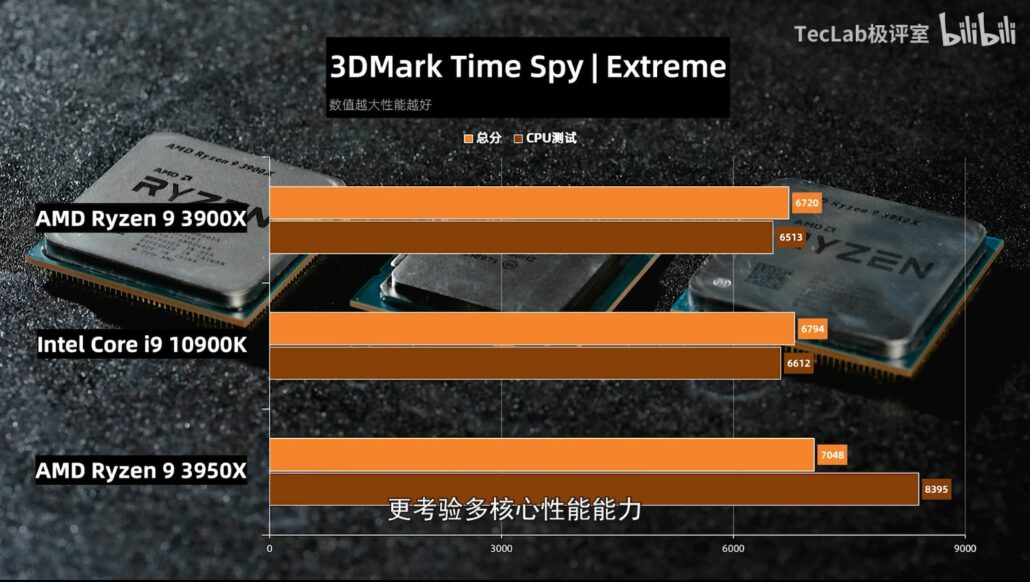 As far as real-world gaming benchmarks go however, the Intel 10900k manages to retain a marginal lead in gaming performance. We calculated all the relative performance numbers of all three CPUs and created a mean aggregate. The Intel Core i9 10900k was 3.3% faster than the AMD 3950X on average and 4.1% faster than the 3900X. 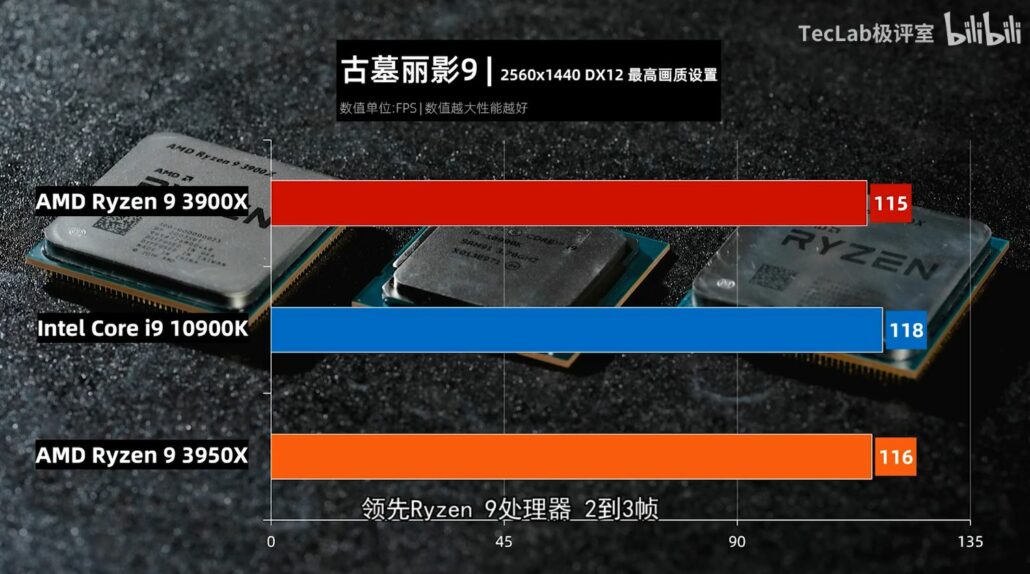 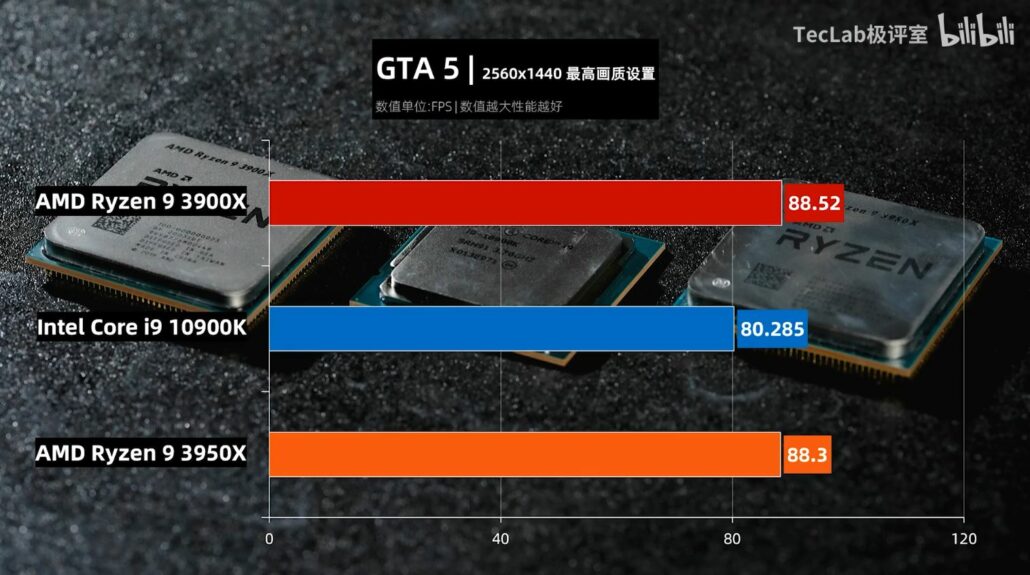 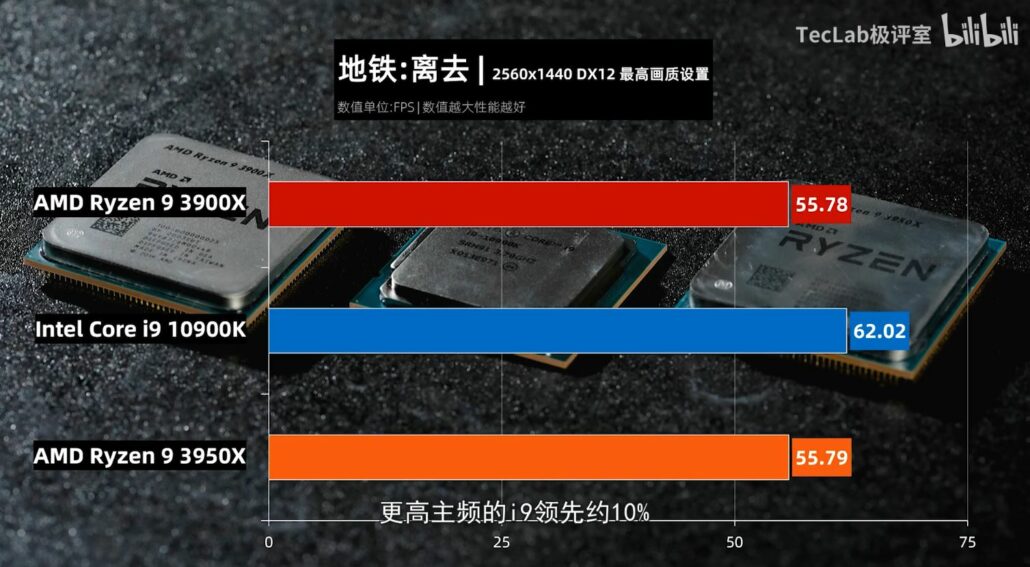 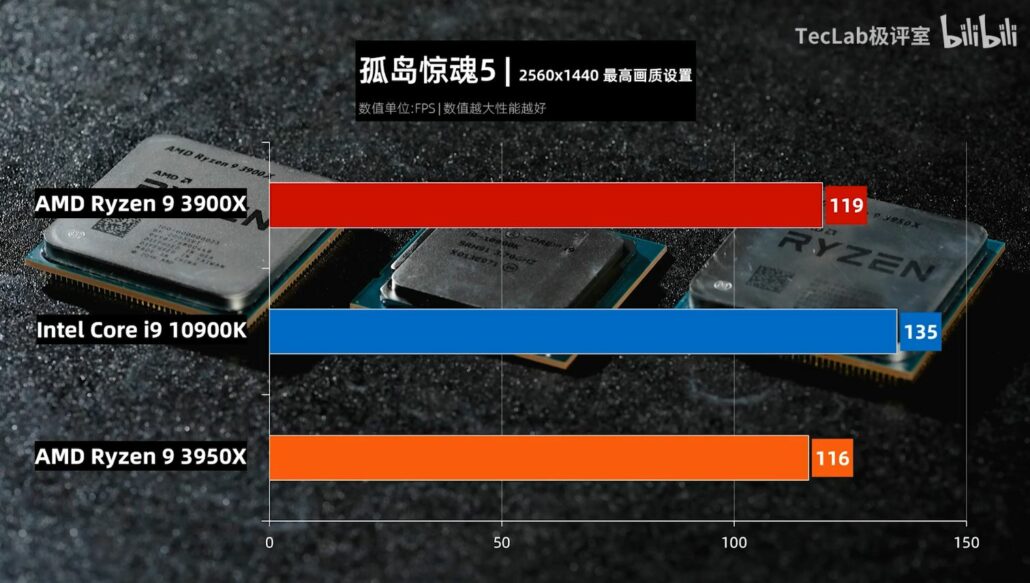 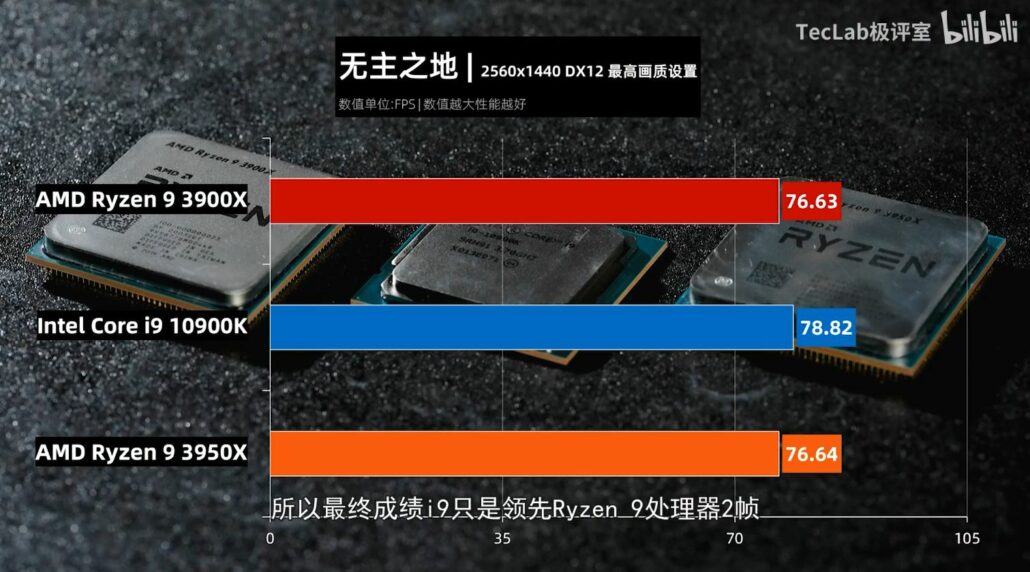 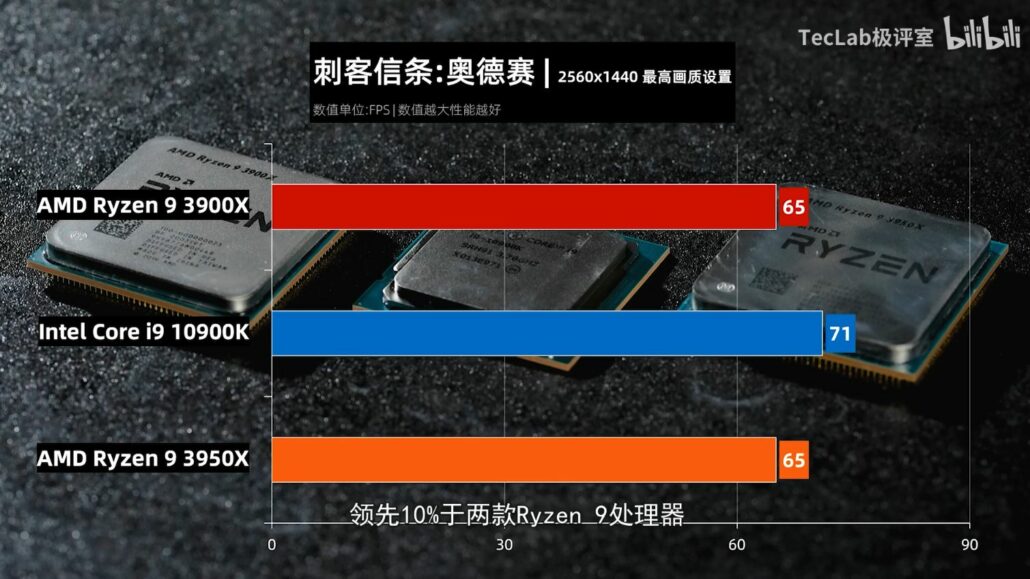 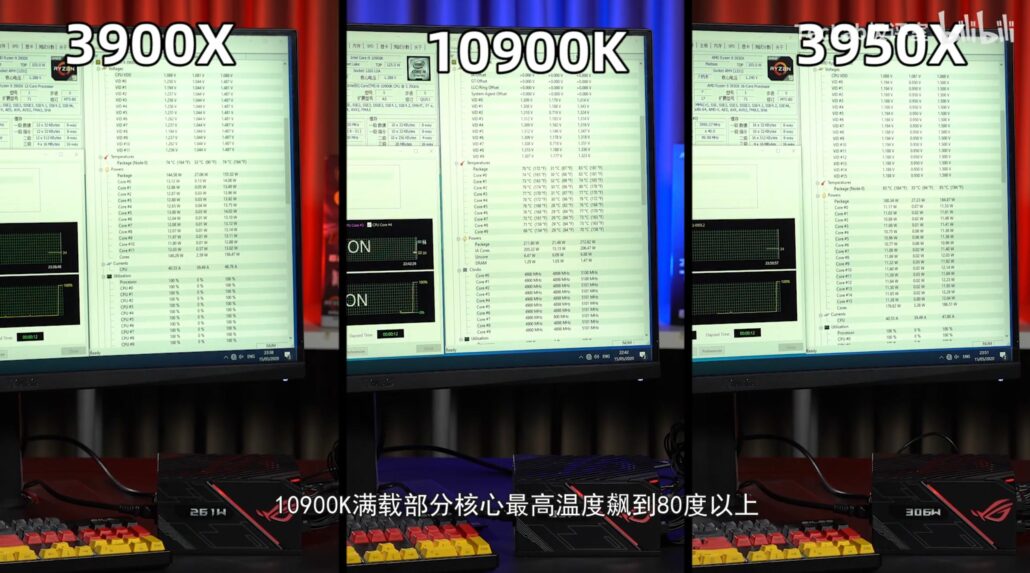 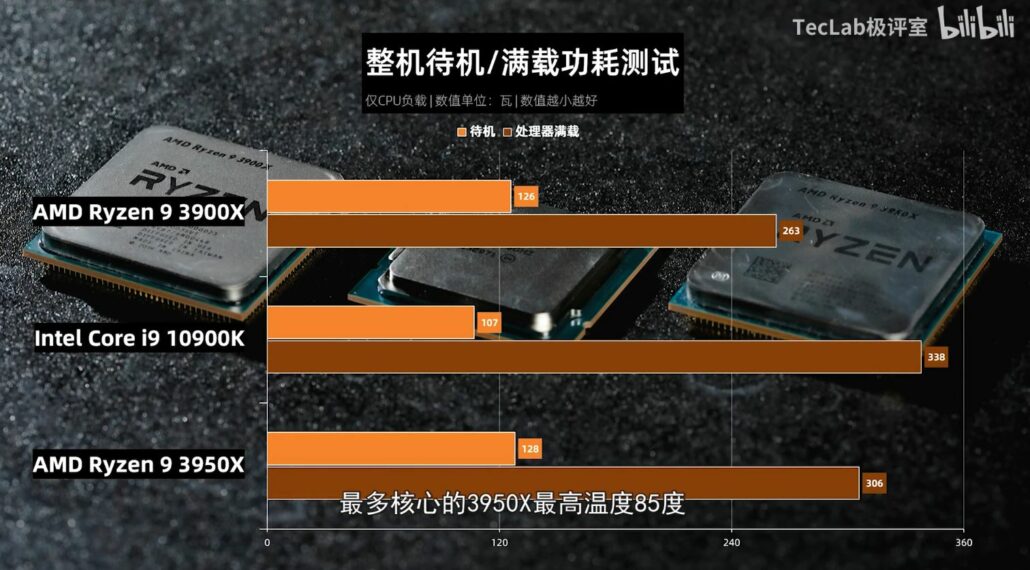