Intel's next generation Broadwell-E processors will be launching at Computex 2016 but a sneak peak of the new X99 motherboards has been provided at CES 2016. Along with the sneak peak, Computerbase has revealed that the pricing of the Core i7-6950X, which will feature 10 cores will be around $1500 US which sounds like a pretty hefty amount to pay for the world's first Deca-Core, HEDT processor. 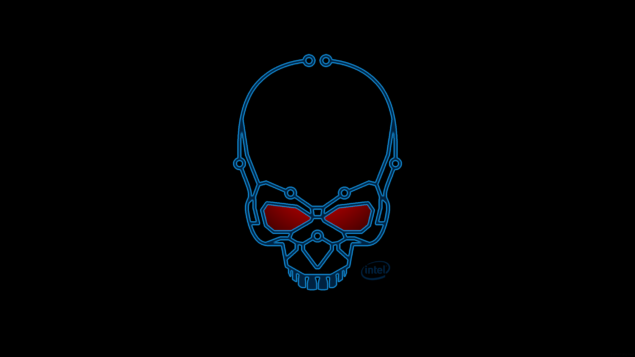 The Broadwell-E processors are based on the 14nm architecture that was first brought on the Broadwell main stream chips launched back in early 2015. A year later, this architecture will be succeeding the 22nm Haswell based chips in the high-end desktop market and the Xeon server/workstation space. Technically speaking, the Broadwell core doesn't offers a huge performance increase compared to Haswell but with the help of the extra cores, professionals and enthusiasts can get additional boost in workloads.

The pricing of the Core i7-6950X indicates that the pricing for all Broadwell-E chips might not be as low as we had originally speculated and be within the same range as chips available today. The 50% increase of the 6950X over the 5960X will be due to it being the first 10-core CPU being offered to enthusiasts. Intel had also previously launched a $1500 US CPU, known as the Core 2 Quad QX9775, however that chip wasn't much of a success.

The Broadwell-E family will consist of four new offerings which include:

There’s no reason to believe that board partners of Intel won’t launch new motherboards to mark the arrival of the first 10 core processor from any company, whether Intel or AMD in the consumer market. Although Intel and AMD have both released higher core count processors in the server and workstation market, no 10 core high-performance CPU has yet launched in the desktop PC market. The Core i7-6950X is rumored to launch at $1500 US according to Computerbase.

Although the Core i7-6950X is one hell of a processor, Intel will also launch three more SKUs in the Broadwell-E lineup. This is the first time that Intel is launching four processors in an HEDT lineup but it might cover up the big price differences we have seen in the older lineups. Starting off with the Core i7-6900K which is an 8 core processor with 16 threads and has 20 MB of L3 Cache. Now the processor specifications reminds me of the 8-Core Core i7-5960X which is the flagship Haswell-E offering that launched back in 2014 but fear not, this new processor would not only be a little bit cheaper than the Core i7-5960X but also come with faster clock speeds of 3.20 GHz base and 3.70 GHz boost. All along with the added sweetness of an unlocked multiplier and full support on the latest X99 motherboards to allow for better overclocking. The Core i7-6900K is expected to hit the market at around $999 US range.

At the bottom of the lineup, Intel will have two SKUs, the Core i7-6850K and the Core i7-6800K. Both CPUs have 6 cores and 12 threads and come with 15 MB of L3 cache but the interesting thing is that both chips are placed for the entry level enthusiasts which means these will be retailing for a price of sub-$450 US. The Core i7-6850K will feature a base clock of 3.60 GHz base and 3.80 GHz boost while the Core i7-6800K will feature clock speeds of 3.40 GHz base and 3.60 GHz boost. Both processors are fully compliant with the LGA 2011-3 socket and will feature support for quad channel DDR4 memory with speeds of up to 2400 MHz (O.C+). The new chips will be arriving in the second quarter of 2016 (probably around Computex 2016 in June). 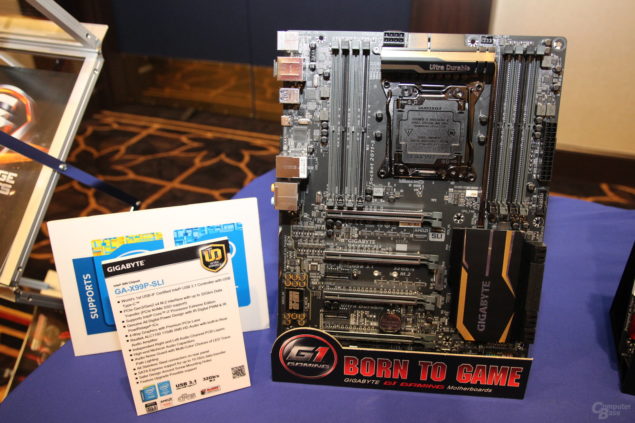 Lastly, Computerbase also managed to spot a refreshed X99 motherboard from Gigabyte at CES 2016 which is capable of supporting the Broadwell-E processors. Knowing that they will run on current generation boards, the refreshed lineups offer better support for USB 3.1 (Type A/C), M.2 SDDs, NVMe SSDs and the latest Intel TB 3 (Thunderbolt 3) controller. The board comes with 32 GB/s M.2 slots and full USB 3.1 (10 GB/s) ports. Such X99 boards will be a spotlight at Computex this year when the processors are launched.