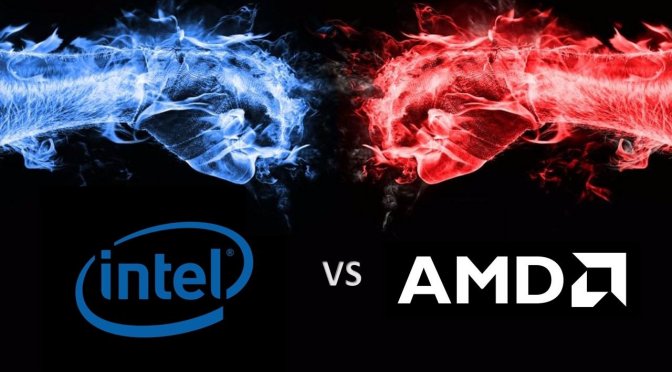 Intel (NASDAQ:INTC) declared on Tuesday that the EU antitrust regulators erred when they fined the semiconductor behemoth $1.2 billion (€1.06 billion) over a decade ago for trying to thwart AMD (NASDAQ:AMD).

Intel made this declaration at the General Court of the EU which is deliberating the extent to which EU regulators can pursue American tech giants that offer attractive incentives, including rebates, to lure customers away from the competition.

What is this Intel vs AMD brouhaha about?

The EU General Court had deliberated upon the suitability of this fine and then awarded an adverse judgement against Intel in 2014. This decision, however, was challenged in the CJEU – the highest court of the land – that disagreed with the original verdict and instructed the General Court in 2017 to re-examine the case. Specifically, the General Court was tasked with finding out whether the exclusivity rebates offered by Intel actually harmed the competition, that is, AMD.

As part of the ongoing proceedings, Intel’s lawyer Daniel Beard told the panel of five judges that the European Commission’s decision to slap a fine on Intel was fundamentally flawed, arguing that:

“The Commission either took a wrong approach in its decision or it carried out an as efficient competitor (AEC) test and it got it wrong.”

On the other hand, Nicholas Khan, the lawyer representing the Commission in the case ‘T-286/09 RENV Intel Corporation v Commission’, alleged that Intel was trying to re-open a case that has already been thoroughly deliberated upon, saying:

“That was assessed very exhaustively in 2014. Intel’s request is a second bite at the cherry.”

The Association for Competitive Technology is supporting Intel in this matter while the French consumer body UFC is backing the Commission. A judgment is likely to come next year. Even so, the losing party retains the right to appeal the verdict at the CJEU.

The case poses wide-ranging ramifications for Qualcomm (NASDAQ:QCOM) as well as Google (NASDAQ:GOOGL), both of whom are contesting antitrust fines imposed by the Commission.

Qualcomm is currently challenging a fine of €997 million for using financial incentives to encourage Apple in employing its chips. On the 16th of July 2015, the European Commission initiated formal antitrust proceedings against Qualcomm for a suspected breach of EU rules prohibiting abuse of market dominance.

Similarly, Google is also challenging a record €4.34 billion fine imposed by the Commission for using the heft of its Android OS in order to sideline competitors.