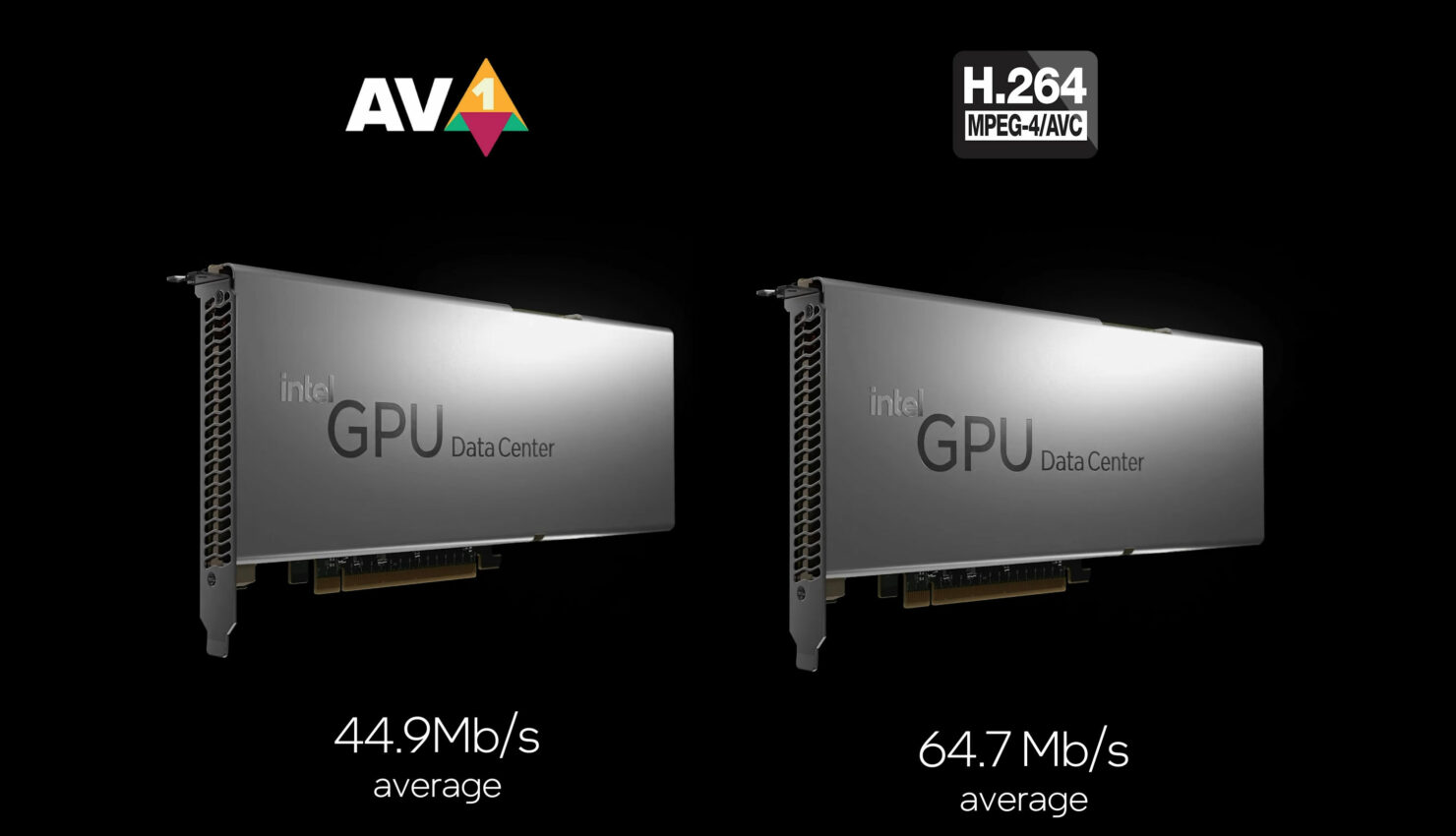 Intel launches the new ARC Alchemist/DG2 graphic processor series (ACM) and has continued to promote the new AV1 video encoding that the latest graphics processors support. The AV1 video encoding is not available for AMD or NVIDIA consumer GPUs, but the new encoding is still in its infancy. However, decoding an AV1 stream is a capability in many current graphics cards, minus the AMD Navi 24 GPU generation.

The newest Intel DG2 GPU, the ACM-G11, is found onboard the Arctic Sound-M and offers 128 EUs or Execution Units. The new chip is a single-slot processor with passive capability and has a PCIe Gen4 x 16 interface connected. A single eight-pin EPS power connector allows for power control. 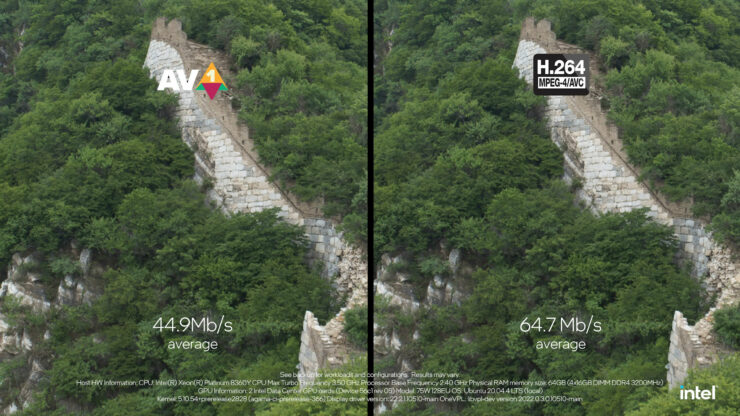 During the company's Investor Meeting this year, Intel revealed the new Arctic Sound-M, promoting its video transcoding and calling it the company's "Media Supercomputer." The company continued, confirming that the new chip would support eight 4K resolution streams or a staggering 30 1080p resolution streams. Companies such as Netflix, Amazon, Google, Microsoft, and more could use the potential for something such as this for their game streaming servers.

Above, the video from Intel compares their newest AV1 encoding side-by-side with the current AVC or H.264 display codec. In the video, the AV1 encoding allows for fewer requirements for bit rate but with the same quality of the video.

The savings for AC1 is 30% more efficient than the older AVC encoding. Another benefit of the AV1 codec is that it is an alternative to the AVC/HEVC encoding and allows for streams to be royalty-free. Intel has then placed itself in an advantageous position due to the ability to use the AV1 encoding in data centers. Currently, streaming giant Netflix has begun offering AV1 streams to those who are compatible and that the system recognizes has the proper hardware. We may see other companies utilize the same technology, forcing AMD and NVIDIA to develop similar designs or offer something that Intel cannot.