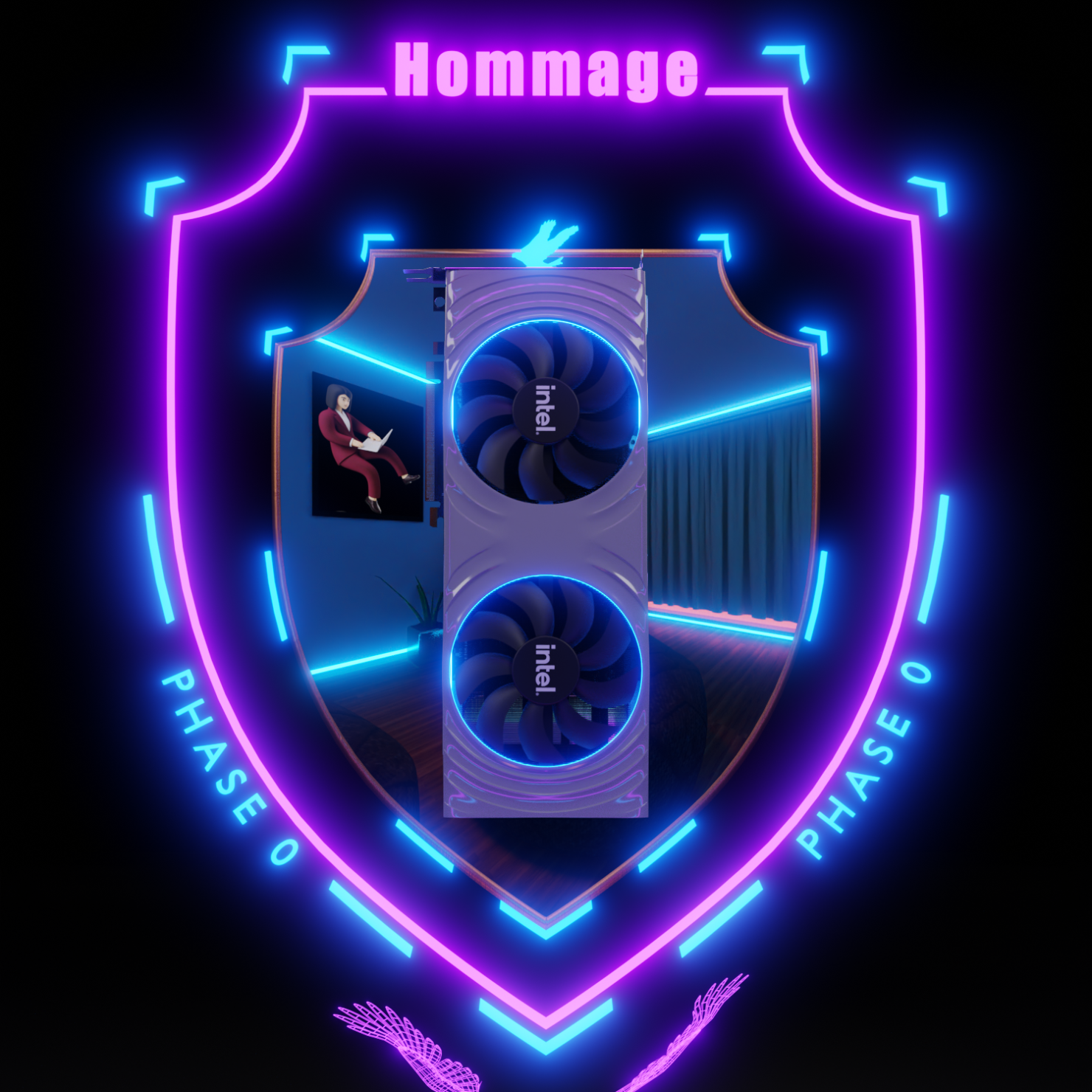 Intel is going to launch its first Arc Alchemist graphics products tomorrow for the laptop segment and soon after, we will see the first discrete graphics cards heading out in the second quarter of 2022. The flagship graphics card has been pictured on several occasions in both prototype and final-retail state but these new renders give us another look at the design approach that Intel has cooked up for gamers.

Marlon, Matthias and Sebastian are the first members of Falktron. Falktron is opening its terrain, and it's time to get an entry ticket. Each GPU-NFT is a metaphorical ticket into the computing network of the future Falktron DAO, giving you access to our community. First granted a special Discord role depending on your level and eligibility to enter raffles and airdrops. Utility token tickets also include $FALKTRO to help control the future DAO. The founding year of the Falktron DAO is 2023.

$FALKTRO receives a supply of 100,000 tokens. Up to 45,750 of them will be issued via Mirror.xyz. A small part of 8,880 will remain with the creator team. The remaining supply will be spent with the release of the first NFT collection on a marketplace and with the help of exciting quests.

$FALKTRO can be exchanged in Q1 2024 for the $FTRO token, used as the public currency in our Falktron computing ecosystem. 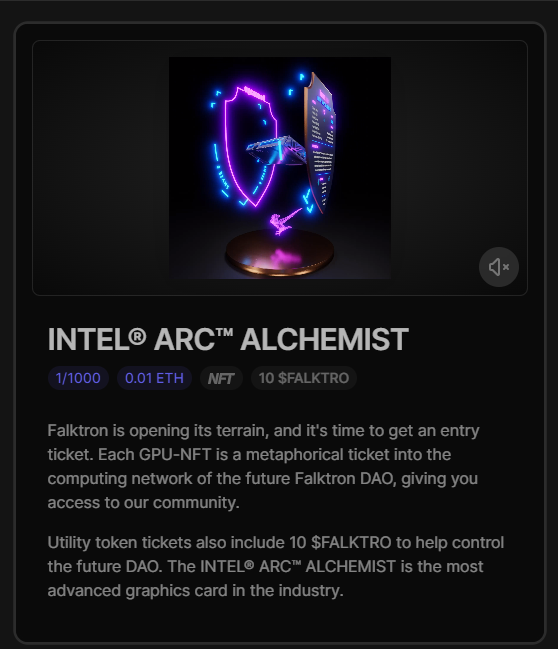 The first unveiling of Intel's Arc Alchemist graphics card is fast approaching, we have everything that we know so far summed up here for you!