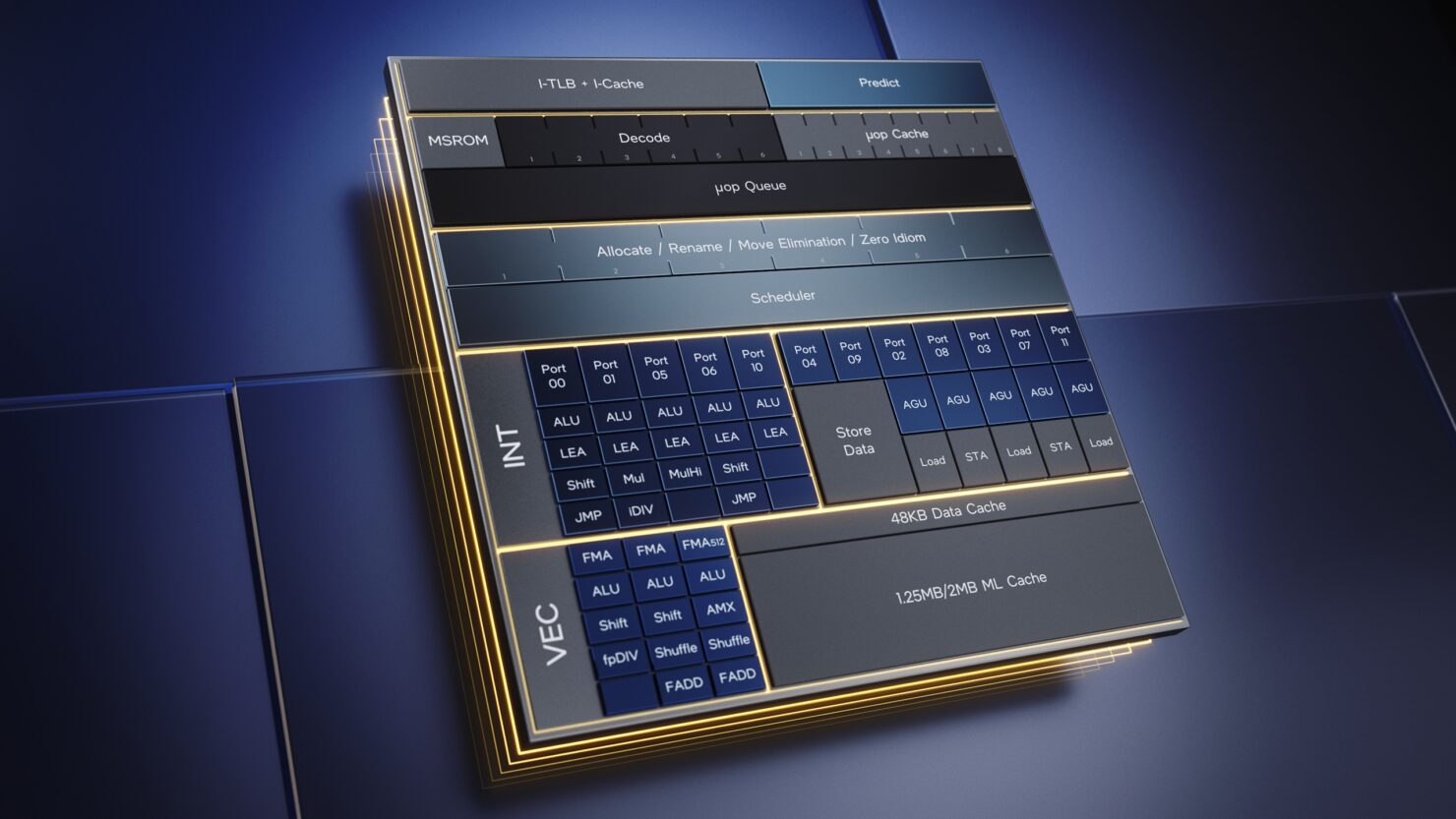 In the latest slides presented at HotChips 33, Intel shows the relative single-threaded & multi-threaded performance comparison between its P-Core (Golden Cove) and E-Core (Gracemont). 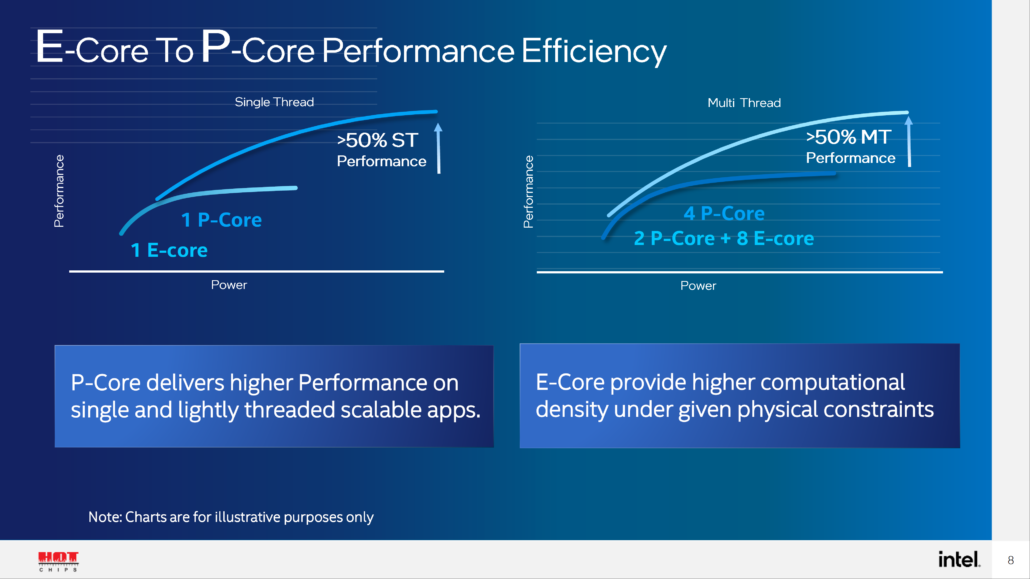 The hybrid design featured 2 P-Cores (Golden Cove) and 8 E-Cores (Gracemont). The Hybrid design does offer 50% more threads to obtain its 50% lead over the standard 4 P-Core design (12 threads vs 8 threads) but it does so within the same package and power constraints.

Intel also talks a little bit more in-depth regarding its Thread Director technology and based on the new slides, Alder Lake cores will be segmented into specific IPC groups. This is a nice approach as IPC doesn't necessarily remain the same across all workloads or cores. What we usually see is an average IPC or baseline numbers based upon multiple workloads but in real-time, the OS scheduler needs to adapt to performance and efficiency bits of the architecture and this is where the Thread Director plays a crucial role.

For instance, in some scenarios, scheduling a thread for a small workload can bring overall better performance than scheduling for a large core and the same is true in regards to efficiency. Intel's Alder Lake CPU will be the first hybrid x86 outing on mainstream consumer platforms & requires a lot of work on the scheduling end to make the architecture work as intended. Both Microsoft and Intel are working to deliver stable performance at launch with Alder Lake and the Windows 11 OS.