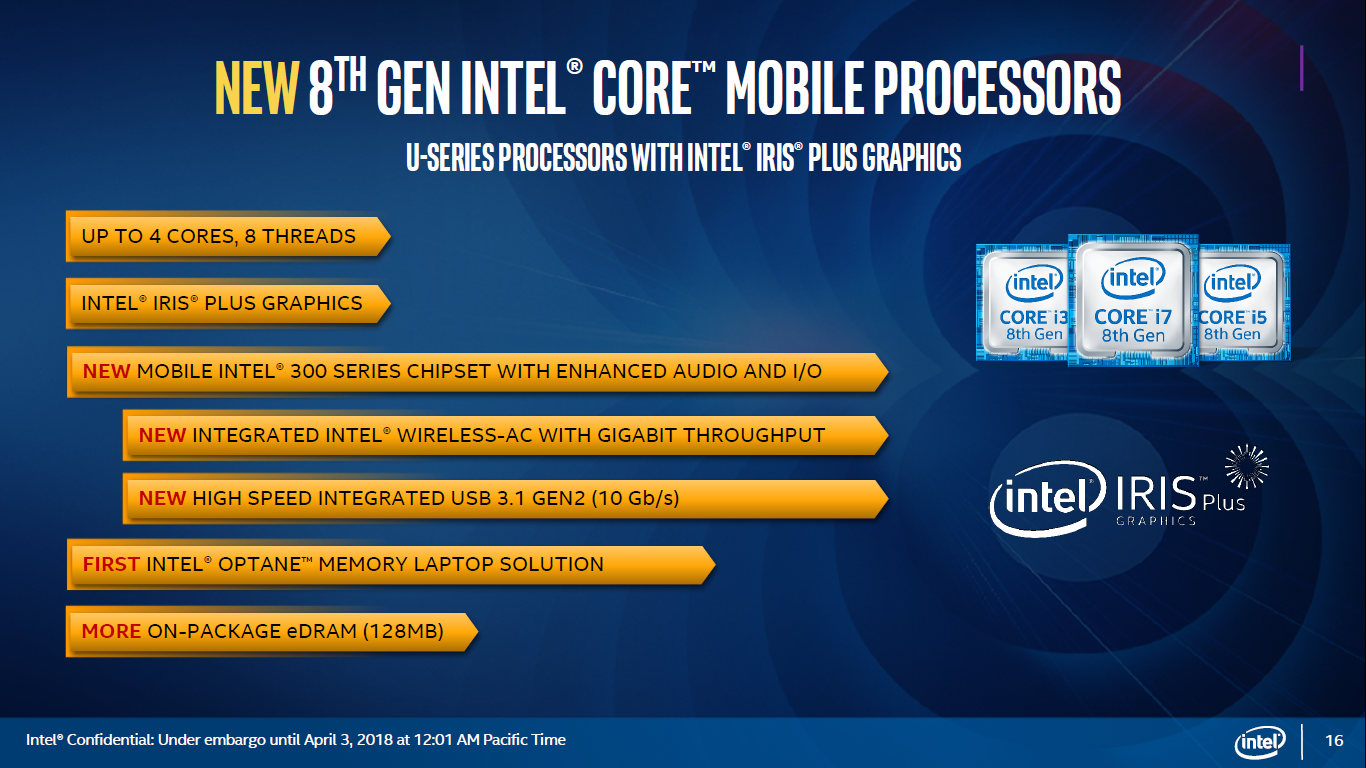 Intel is preparing new NUCs based on their fastest graphics chip, the Iris Plus with embedded DRAM for faster graphics throughput and higher bandwidth. The NUCs, which fall under Bean Canyon family, are revealed by FanlessTech in an exclusive report, include three different SKUs aimed at consumers.

Intel Coffee Lake-U 'Bean Canyon' NUCs With Iris Plus Graphics (128 MB DRAM) Revealed - Up To Core i7 With 4 Cores, 8 Threads

We have talked about the Coffee Lake-U Iris Plus processors before when they launched. A total of four chips were introduced ranging from Core i7, Core i5, and Core i3 models. All chips feature the fastest Intel graphics chip known as Iris Plus. By fastest, I mean they include higher execution units compared to the desktop models and additionally pack embedded DRAM for faster graphics and higher throughput. The Bean Canyon NUCs which are powered by these chips come in a total of five flavors which include:

Intel themselves mentioned some key features of these chips which include the following:

The one thing that stands out from the rest is the increased eDRAM size of 128 MB. We have seen previous parts with 64 MB eDRAM cache but this is almost twice the size which along with the 48 execution units clocked around 1.2 GHz will deliver a great graphics performance jump. In terms of specifications, the flagship part is the Core i7-8559U which features 4 cores and 8 threads. The chip has a base clock of 2.7 GHz and boosts all the way up to 4.5 GHz. There’s 8 MB of L3 cache on the CPU and it supports dual channel memory running at DDR4-2400 spec. The chip has a TDP of 28W which is true for every other Iris Plus Coffee Lake-U part. Rest of the SKUs can be seen in the table below:

The Core i7 NUC is the flagship model with Optane Memory support, SATA 3 bay and port drive support and dimensions of 117x112x51mm. The Core i5 and Core i3 models come in two variants, one with the same configuration as the Core i7 model and one without Optane memory support and only SATA 3 port availability. The second model is also smaller in size, measuring in at 117 x 112 x 36 mm. The Core i5 and Core i3 models will also be available in motherboard only variants which will go by the NUC8i3BEB and NUC8i5BEB naming. 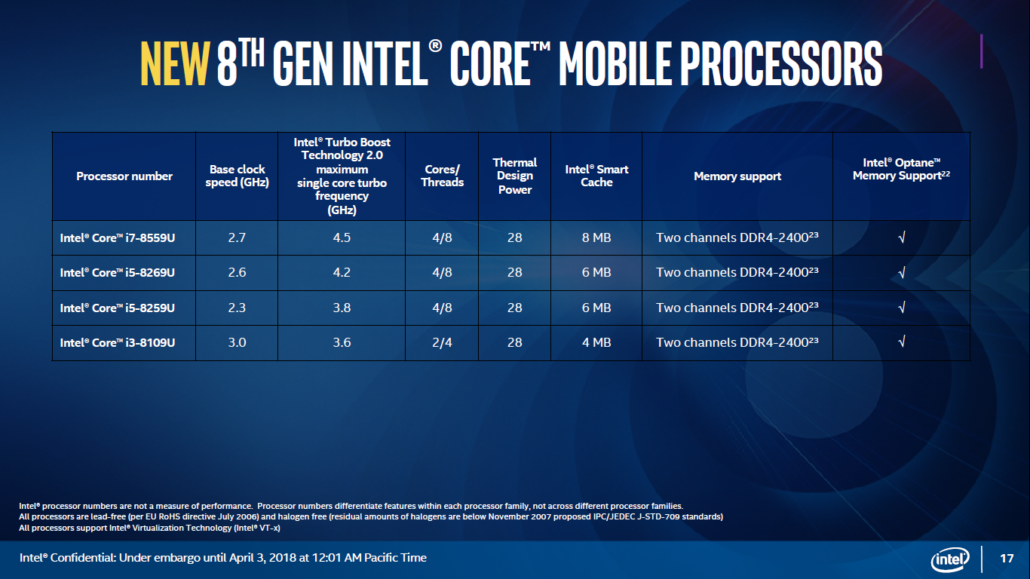 With all NUCs, you should be prepped to buy storage and memory as these are specifically barebone kits. They are a nice option for casual users and the availability of higher graphics performance can allow users to play eSports title in addition to home streaming. Since these NUCss are based on Coffee Lake-U Iris Plus graphics chips, we can expect the cost to be slightly higher than regular NUCs.