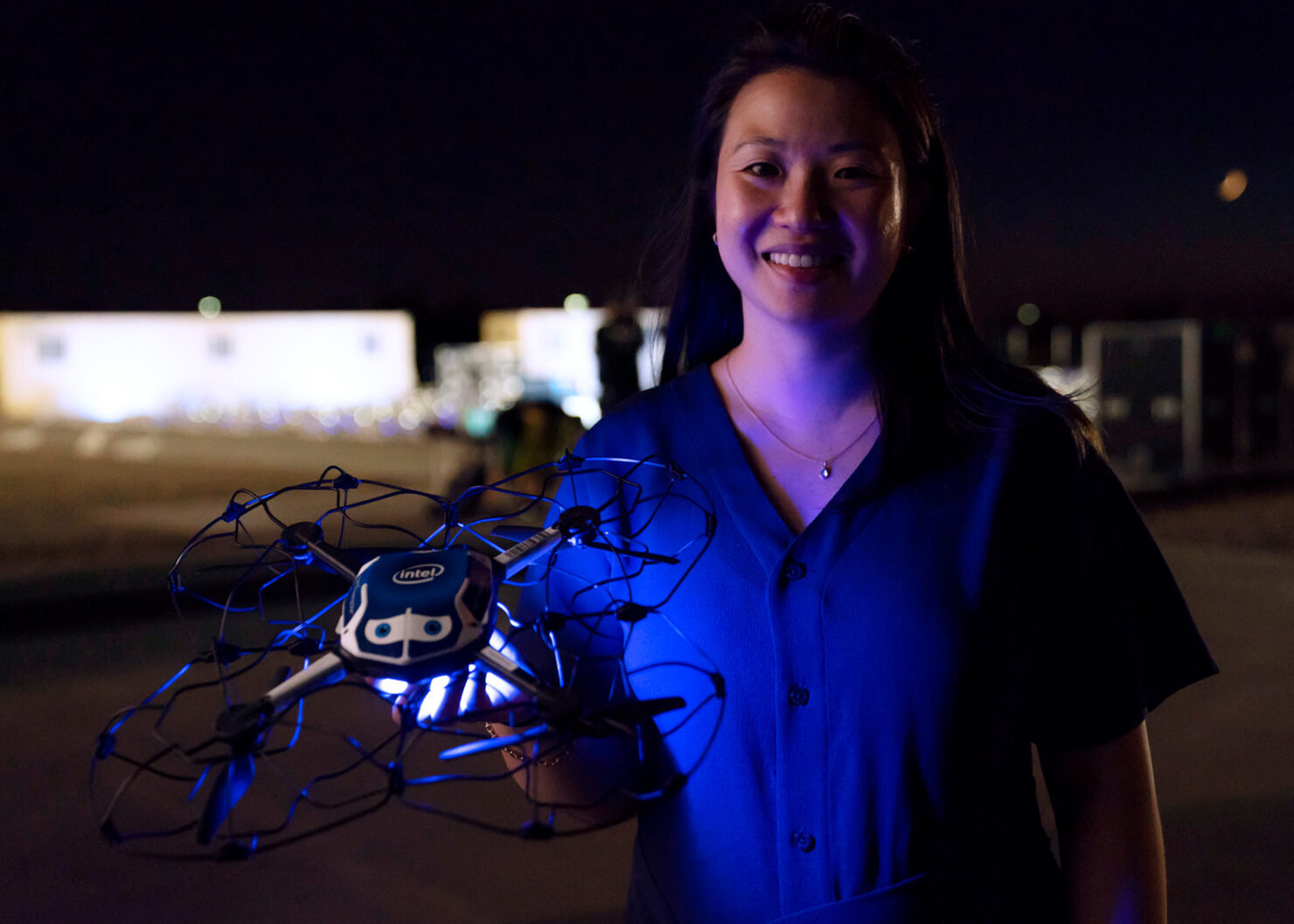 Santa Clara chip giant Intel Corporation (NASDAQ:INTC) exhibited consecutive growth through data-centric earnings in its fiscal year 2019. The company has been targeting the broader semiconductor space over the years, as it hopes to take a bite of the total addressable market for all silicon products instead of simply focusing on central processing units for personal computers. To that end, Intel has targetted the data center market and the company introduced its first dedicated graphics processing unit, the Intel DG1, at the Consumer Electronics Show earlier this month.

Now that Intel's financial performance and results for the fiscal year 2019 are out, we can take a closer look at just how well the company is performing and how much it has spent developing leading-edge processing nodes in comparison to competitors.

It's looking as if Intel's slow gamble with data-centric products paid off again in 2019. The segment contributed $34.8 billion to the company's overall revenues and showed a sizeable growth over 2018 revenues as opposed to the company's personal computing-centric revenues, which remained nearly flat in 2019. While data center revenue grew by $1 billion over the year, personal computing revenue grew only by $100 million, mostly due to higher average selling prices. Courtesy of the $1 billion growth in data-centric revenue, Intel's overall revenues grew by $1.2 billion between fiscal years 2018 and 2019.

Naturally, this growth comes at a cost. Intel has admitted that over-zealotry with smartphone modems cost it precious capacity for manufacturing personal computing processors. So while revenues from data-centric products went up in 2019, operating income for Intel's data-center segment actually decreased to $10.2 billion from the $11.5 billion the segment posted in fiscal year 2018. This is natural since the company spent a whopping $805 million to ramp up 10nm in the segment in 2019, and despite a drop in operating income, data center products remain the second largest contributor to Intel's revenue, with the segment posting $23.5 billion in net sales last year. 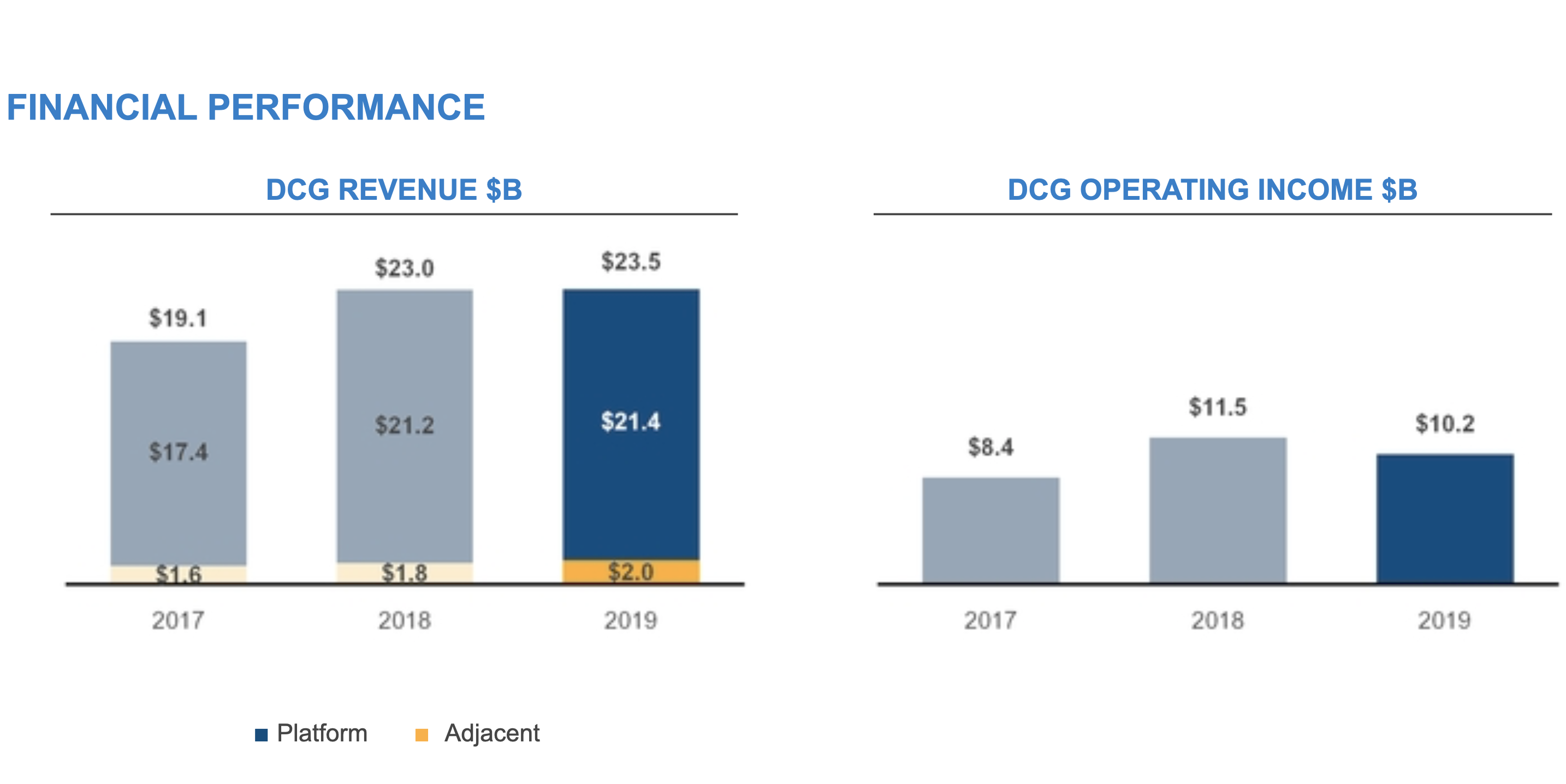 Intel attributes the slowdown in data center revenues to capacity absorption in 2018 and 2019's first half.

Intel ramped up 10nm in its facilities present in Israel and Oregon and commenced production in Arizona this year. What's more important is that the company also expects that data-centric revenue will continue to rise over the next couple of years and personal computing revenue will remain flat. Intel believes that revenue for fiscal years 2022/2023 will stand at $85 billion, and for the same time period, revenue from personal computing products will drop slightly.

Intel also continues to rely on Dell, Lenovo and HP for a big chunk of its revenue. In 2019, the company's dependence on Dell went up by 1 percentage point as the company contributed to 17% of Intel's revenue. Lenovo accounted for 13% and HP for 11%, bringing up the total percentage of revenue that Intel earns from the three companies at 41%, up by 2% from 2018. Keeping in line with the company's operational performance, data-center and client-computing products form the basis of all of this revenue.

All in all, 2020 is an important year for Intel with several important data-centric products in queue, and capacity constraints proving to be a thorn. Overall, Intel is still one of the safest bets one can have in a portfolio of stocks, despite what analysts would have you believe. The company's shift to data-centric products demonstrates its potential to change despite its size, and this size will help Intel sustain momentum once all of its chips fall in line.