A brand new entry of the Intel Alder Lake Desktop CPU has been made within the Geekbench benchmark. This particular entry is yet another 16 core variant which we have already seen a couple of times before but comes with slightly better clock speeds but still retains an ES state.

The Intel Alder Lake Desktop CPU is an engineering sample and should be part of the 12th Gen Core family when it launches in the third quarter of 2021. As we know, the Alder Lake CPUs will feature a hybrid design that will feature both Big x86 and smaller Atom cores.

The bigger cores (Golden Cove) will feature multi-threading so it should be equivalent to 8 cores and 16 threads. The smaller cores (Gracemont) however won't feature SMT and will be configured at 8 cores and 8 threads. This would yield a total of 16 cores and 24 threads. 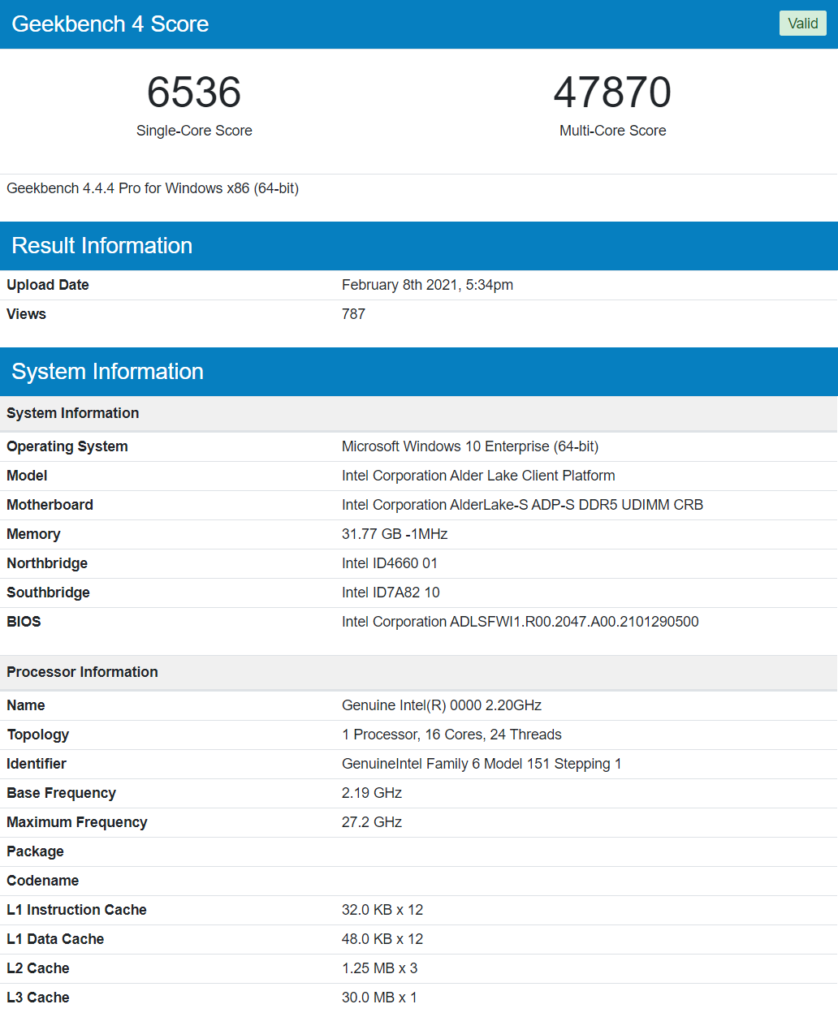 The particular configuration that leaked out features 16 cores and 24 threads so this is the top core configuration we are looking at. The base clock for the chip is reported at 2.20 GHz while the boost clock is reported at 27.2 GHz which is an erroneous reading. It could be possible that Geekbench V4 being an older benchmark is unable to properly read the boost clocks of the CPU due to its hybrid design. Other specifications include a 30 MB L3 cache, 3.75 MB of L2 cache, and a 960 KB of total L1 cache. The CPU was tested on an Alder Lake-S internal test platform by Intel which features DDR5 memory. The exact speeds for the DDR5 DIMMs are also not known but the base modules will be operating at 4800 MHz.

Coming to the performance benchmarks, the Intel Alder Lake ES Desktop CPU scored 6536 points in single-core and 47870 points in the multi-core test. Now Geekbench doesn't list down rankings for CPUs tested within the V4 version anymore however Videocardz managed to grab medians of various Intel and AMD CPUs for comparison against the chip.

From the looks of things, the Intel Alder Lake CPU is about 3% slower than the Intel Core i9-10900K in the single-core tests but 6% faster in multi-threaded tests. We can say that the chip is about on par with the 10 core and 20 thread Comet Lake flagship. The single-core result is impressive since we are talking about just 2.2 GHz base clocks and less than 4.0 GHz boost clocks versus a chip that boosts all the way up to 5.3 GHz.

The real comparison should be between the Rocket Lake & Alder Lake CPUs since Rocket Lake has a more modern architecture and Alder Lake's 12th Gen Golden Mont architecture design should be able to flex its IPC gains over Cypress Cove. Also while the multi-threaded score might seem a bit unfair considering that the Alder Lake chip has more threads than the Comet Lake flagship, it has to be noted that the Big core configuration is lower than that of the Core i9-10900K (8/16 vs 10/20). We don't yet know how well the Gracemont Atom cores are going to perform or how they will work on Alder Lake CPUs. 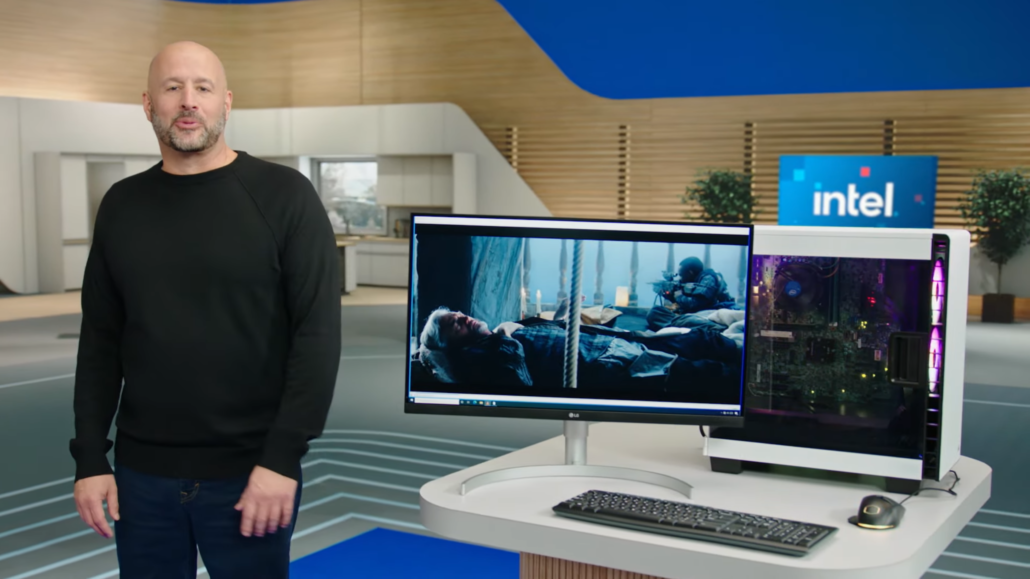 In addition to the chips, the LGA 1700 platform is said to feature the latest and brand new I/O tech such as support for DDR5 memory, PCIe 5.0, and new Thunderbolt / WiFi capabilities. While the chip design methodology isn't anything new as we have seen several SOCs feature similar core hierarchy, it would definitely be interesting to see a similar outing on a high-performance desktop CPU lineup when Alder Lake launches in Q3 2021.