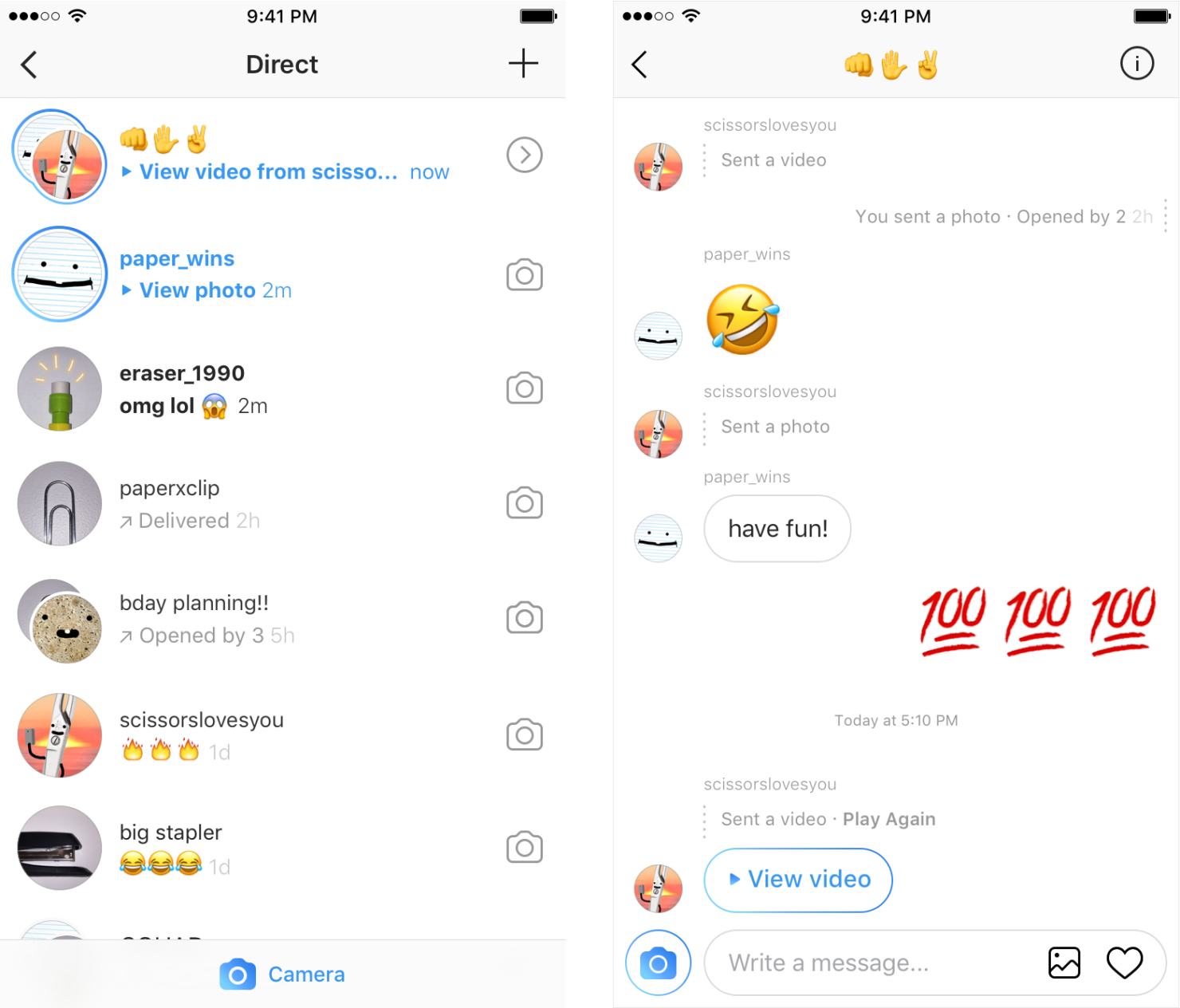 Did you think that companies have had enough of copying Snapchat now or was there nothing left on Snapchat to copy anymore? Think again. Instagram is once again following its favorite social media app, Snapchat and copying its direct messaging feature. All this is making me think that whenever Snapchat features are copied, our Facebook newsfeed blows up with memes and articles about how companies can’t come up with anything new. I am pretty sure the executives at these companies know the world is going crazy, don’t they think for a second that people may want something new now?

Well, whatever the case may be, the Facebook-owned app’s 600 million monthly users will now be able to send disappearing photos, videos with texts and will also be able to post re-shares from other accounts. Well no surprises about the rest of the features. Users will be able to replay the videos and photo messages once before they disappear and the sender will be notified if the receiver replays the messages or takes a screenshot.
I am sure you all know that this isn’t the first time Instagram has copied Snapchat. The first copying act took place when the former copied the latter’s story format. The story format allows users to upload videos and photos that will disappear in 24 hours. This incident took place in August 2016 and since then Facebook hasn’t stopped here. It has added the stories feature to WhatsApp and messenger as well.

Instagram, Direct, the private messaging feature has nearly 375 million monthly users. According to a blog post by the company, “We want to make Direct the best place to have fun, visual conversations with your friends.” Well if that’s the case then why can’t you come up with an original idea and not just copy whatever you can find! Previously the stories feature was separate from the Direct feature but now users will be able to send disappearing photos and videos in the same chat thread as the text conversations.

In its IPO prospectus in February, Snapchat revealed that 60% of its 158 million daily users used the private message feature. Instagram hasn’t yet revealed what their daily count is but we know that the Instagram stories have reached 150 million daily users within a few months. Well one thing can be said that despite having a lot of hate comments about this copying issue, users are still using the stories feature. So most probably the messaging feature will be a hit too.