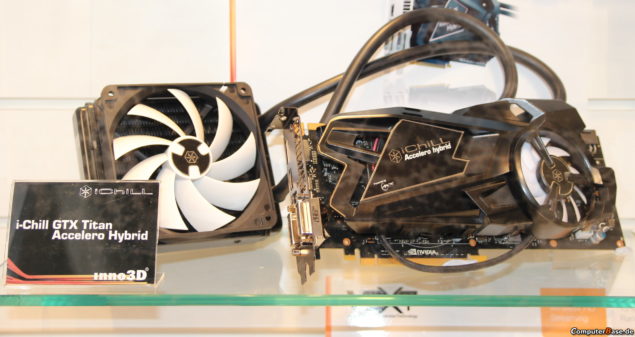 We already got the word that NVIDIA gave the greenligt to their AIB partners to manufactuer their custom variants of the recently released GeForce GTX Titan GPU. Computerbase over at the CeBIT 2013 have unveiled that Inno3D could possibly be the first to offer a fully custom version of the GeForce GTX Titan GPU with their latest creation, the iChill GTX Titan Accelero Hybrid.

Not much has changed design wise with the iChill GTX Titan Accelero Hybrid, it uses the reference design heatsink with just a ARCTIC Accelero Hybrid cooler strapped on top of the GK110 core except that this wasn't possible with the GeForce GTX 690 since NVIDIA didn't allow it. The GeForce GTX Titan reference model which looks alot like the GTX 690 and costs a hefty $1000 has been given the greenlight to be custom made by AIBs which is a good thing but these custom models would just keep adding on the cost for an already expensive yet awesome GPU. 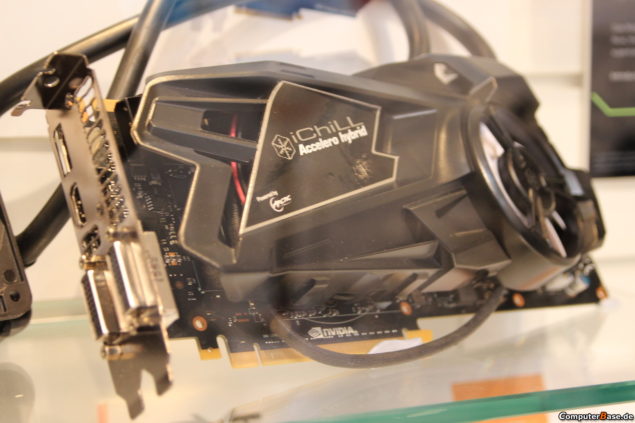 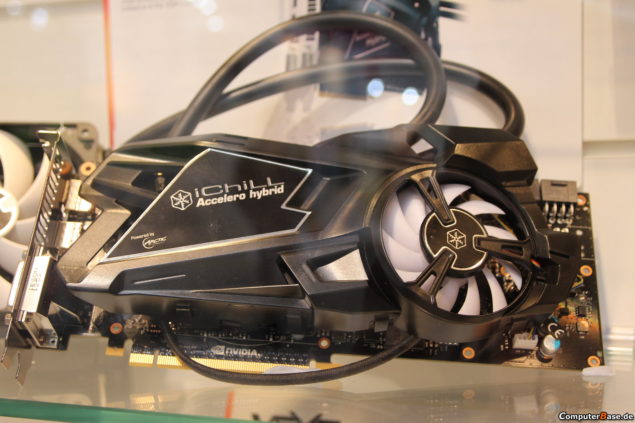