Injustice 2 Adds Black Canary to the Roster of Superheroes 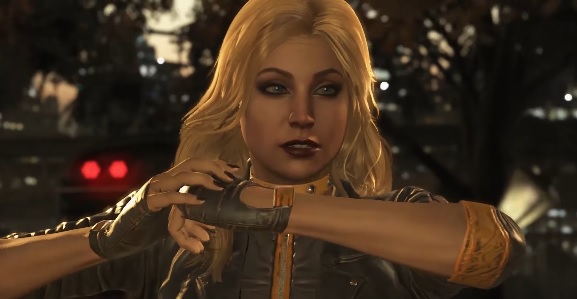 There's nothing like a good scream to make yourself feel better. Warner Bros. Interactive and NetherRealm Studios have revealed that Black Canary has been added to the superpowered roster of Injustice 2.

Injustice 2 has Batman and his team try to repair the damage done by Superman's Regime at the end of the first game. As it turns out, now everyone is happy that Superman is behind bars and a threat looms that puts everyone and everything at risk.

This time around. the game lets players build up their favorite superhero and deck him or her out with Injustice 2's new loot and gear system. Not only does the gear change their appearance but also how each fighter performs in battle.

Even though this is the Black Canary's debut in the Injustice games, she's been heavily featured in the Injustice: Gods Among Us comic book series as part of Batman's resistance against Superman's Regime. Judging by the pre-fight conversation she has with Blue Beetle, it seems like the Canary is working as a recruiter/superhero trainer for Batman's new organization. This comes after the defeat of the evil Superman with the help of the Justice League from a parallel Earth.

Black Canary is an agile brawler who fights up close using grapples and throws. She uses her ultrasonic scream called the Canary Cry to create some breathing room in between attacks.

NetherRealms said there were going to feature more 'obscure' characters from the DC catalog. Last week, we found out that Damian Wayne is returning to the series but this time is donning the Robin costume.

Injustice 2 is coming to Xbox One and PlayStation 4 on May 16th.