Infinity Blade Trilogy for iOS is Down to Just $0.99 Per Game – Download it Today! 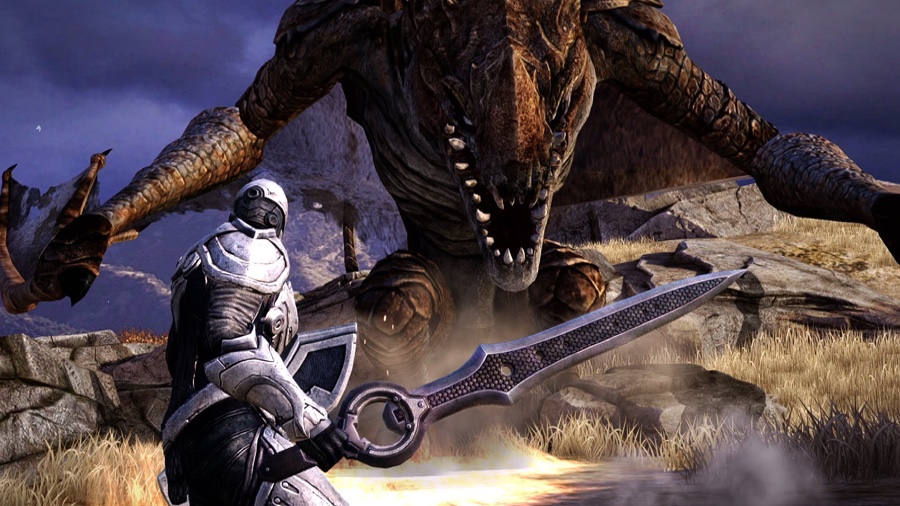 Considered a 'benchmark' game by many on iOS, Infinity Blade trilogy is down to just $0.99 per game. Usually each title retails for around $6.99 on a regular day.

Though Infinity Blade is an aging game, but it has managed to stand the test of time really, really well. Not only it features excellent graphics but the gameplay is something which will keep you captivated for hours.

If you always wanted to be a part of the trilogy then now's the right time as every title is down to just $0.99 on the iOS App Store. Hit the links below to download it right away before it returns to its original price.

For untold ages, the God King has ruled with an iron fist - his power is incalculable; his followers, legion. Now you must journey to the Dark Citadel to battle his Titans, one by one, until you face the tyrant himself. As it has been for all in your bloodline, this is your birthright - to free your people from an endless legacy of darkness. The immortal can be vanquished - but only if heart, mind, and steel are one.

The God King has been defeated, an unlikely hero has emerged and now you must discover the truth behind the secrets of the Infinity Blade. The continuing journey of young Siris unfolds as you delve deeper into the world of the Deathless tyrants and their legion of Titans. Can you unlock all the mysteries and successfully wield the power of the Infinity Blade in this timeless swordplay adventure of champions and villains?

Siris and Isa have joined with the God-King Raidriar in a desperate attempt to destroy the Worker of Secrets and his army of Deathless titans. Uncover new mysteries to wield the power of the Infinity Blade in this timeless adventure of champions and villains.