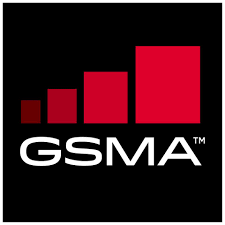 Chinese OEMs have been dominating the Indian market ever since the widespread availability of 4G services. Companies such as Xiaomi, Oppo, Vivo and Honor are amongst the top-rated OEMs in the country, and that trend doesn't appear to be changing anytime soon. India is also home to several smaller smartphone manufacturers such as Micromax, Lava and Karbonn. Much like their Chinese counterparts, the Indian OEMs also focus on low-cost 4G-enabled devices. However, their sales numbers are marginally less compared to Chinese devices, with only Micromax retaining a spot in the top five.

Several Indian smartphone manufacturers have alleged that GSMA – the international trade body which represents almost 1200 telecom operators and allocates a part of the IMEI numbers to all cellular devices – has been biased in favour of Chinese companies. According to a report by the Economic Times, Indian companies have complained that GSMA offers huge discounts to Chinese manufacturers while they have to pay the full allotment fee for Type Allocation Codes.

Type Allocation Codes are the first eight digits of the IMEI numbers allotted to all devices which use GSM connections. On the contrary, Indian companies were asked to pay $5-6 million. The current fee for TAC is $400 per device model, which is capped at $30,000 a year. Chinese firms, who get a 30% rebate, were exempted from paying the fee from 2010 to 2017. The companies have demanded a full refund of and have sought the government's intervention in the matter.

Indian firms allege that the GSMA created an "anti-competitive environment"

The firms believe that the GSMA created an "anti-competitive environment" where Chinese OEMs were allowed to flourish and establish their stronghold in the Indian market by effectively flooding it with low cost devices. Companies such as Xiaomi, Vivo, Oppo, Huawei and OnePlus have snagged more than 50% of the market, at the expense of Indian players.

The London-based GSMA said in a statement to the Economic Times that they'reworking with the government and affected handset manufacturers to understand their concerns. GSMA has admitted that they waived the fees but deny the allegations of bias. It is too early to comment on the situation and we should know more once the negotiations are done.

There is no denying the fact that the Chinese have perfected the art of designing powerfully-specced, low-cost smartphones. Take for example the Redmi Note 7 Pro, which packs a 48-megapixel camera along with a Snapdragon 675. It is an absolute steal for INR 13,999 (~200USD) and it decimates pretty much everything OEMs have to offer at that price point. Whether this is a case of the GSMA legitimately meting out favourable treatment to Chinese OEMs or Indian companies crying afoul about their lack of sales remains to be seen.