Some more actual in-game footage from what appears to have been an internal beta test of Star Wars: First Assault, a cancelled multiplayer only shooter, has appeared on the Internet.

The video shows the player walking around a map on Tatooine without any enemies. Weapons are being fired at everything, the player is jumping and moving the character around and the mechanics appear to be tested by an internal beta tester.

The game was supposedly going to be for the Xbox 360 and downloadable through the Live Arcade, though it obviously never materialized. According to rumors, First Assault was going to depict battles between the Empire and the Rebels in several different locales with fast-paced gameplay, all based around Unreal Engine 3. The leaked trailer itself was quite interesting and it at least appears to have been a re-imagining of the Star Wars franchise in gaming. The first of many new games, or what was supposed to be, anyway.

Before Disney bought LucasFilm and all the subsidiary companies, there were actually quite a few different Star Wars based games in development. Star Wars: First Assault was among those projects that were cancelled when Disney acquired the rights to Star Wars.

It's all very unfortunate that some projects, such as First Assault and 1313, had to be completely shelved. Though it's good to not dilute such a strong brand with too many similar genres of games, at least the mechanics offered here could have been good to include, or build upon, in future Star Wars games.

Now all we need is to see footage from a cancelled Star Wars PC simulator. Who'd like a remake of X-Wing vs. TIE Fighter? Or even X-Wing Alliance? 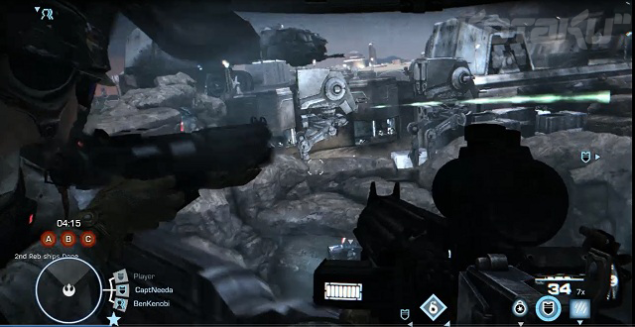