Boost iPhone Battery Life On iOS 8 With These Tips

Apple's iOS 8 software has been generally well received among the iDevice-using faithful, but with so many new features -- allied to those thrown in with the preceding iOS 7 -- the strain on the iPhone battery life has increased by default. Of course, Apple has made the necessary adjustments to ensure that real-world usage does not suffer, but there are a number of steps you can take to preserve every last droplet of power before your beloved gadget ceases to function. Here, we discuss a number of key steps to saving battery, and even if you're not running iOS 8, many of these hints will still help you out.

The tips below, while outlined with the iPhone in mind, are also applicable to the iPad and iPod touch, so no matter which device(s) you happen to own, there are several ways to keep them running for longer. 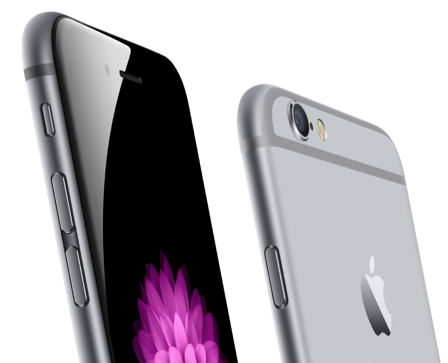 One of the great little quirks that Apple has added in recent times is the ability to check battery usage on a per-app basis. This means that you can see precisely which apps are hoarding your battery, and, from there, make any necessary adjustments.

To access this feature, fire up the Settings app and navigate through General > Usage > Battery Usage.

If you notice any apps there that you scarcely use, you may wish to consider deleting them. If you believe you'll still need to use an app frequently, though, then simply close it down. That way, it will remain should you need to call upon it, but while it's sitting idly, it won't dredge any power that could spared.

One particular feature that we really appreciate here at Wccftech is the ability to download and install third-party NC widgets. They're infinitely enriching to the iOS experience in general, but once again, too many can prove detrimental to battery retention.

We're not here to discourage you from using them, by any means, but if you keep too many in your Today view, there are obviously going to be trade-offs.

If you feel as though you could sacrifice one or even a few widgets, then the Edit button can be found at the foot of the Today menu. From there, you can easily disable widgets that aren't so pivotal, and hopefully, enjoy a device that keeps running for longer before charge.

Sure, Parallax isn't an entirely new implementation on Apple's part, but whilst it has given iOS a degree of animation since iOS 7, it's also yet another feature that will eke away your iPhone battery.

The thing about Parallax that seems to irk some folk is that, well, it's not entirely necessary, and if you happen to subscribe to this notion, then we'd highly recommend you disable it and forget that it exists.

If you think a moving wallpaper is a feature you could do without, go through to Settings > General > Accessibility, and toggle Reduce Motion to ON.

Believe it or not, brightness plays a significant role in determining how much iPhone battery you'll have left at the end of the day, if any. The auto-brightness feature touts itself as a battery saver, since it dims the display when you don't need so much light, and gives it a glowing backdrop when you do.

However, this fluctuation of brightness could be spared if you simply adjusted manually, and for the most part, you'll see that you can indeed survive on the lowest setting.

To tweak your brightness, head to Settings > Wallpapers & Brightness > Auto-Brightness. Disable the feature, and from there, try to stick with as low a brightness as your eyes can comfortably manage.

It took a while for Apple to come through with a "true" multitasking experience, but as of iOS 7, Background App Refresh ensures that your apps continue running in the background, updated (or refreshed) via your connection.

Obviously, running more apps is going to use more battery, and as such, Background App Refresh is one feature that you'll want to be disabling. 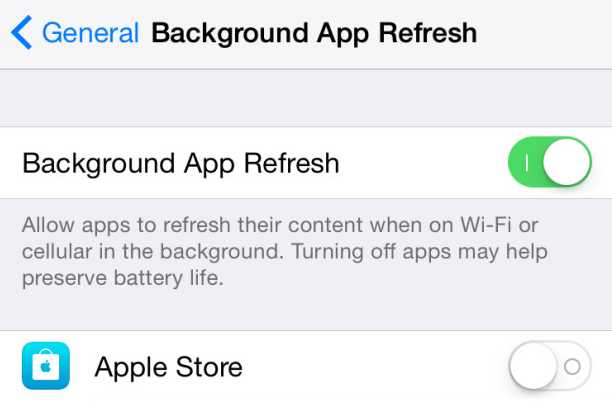 Not sure about you guys, but I make a habit of turning on Wi-Fi when at home, and then, when out and about, completely disabling it. If you keep it running when using your cellular connection, iOS will work in the background to find you a connectable hotspot, and whilst this is useful if you're looking to save on cellular data, it's not so helpful if you're wanting to conserve battery.

Disabling Wi-Fi is as easy as throwing up the Control Center by swiping upwards from the bottom of your home screen, and tapping on the Wi-Fi icon.

This feature is an age-old adversary of those looking to retain iPhone battery life, and while GPS is integral to apps like Maps, you don't always need your location to be tracked.

Disabling or managing apps using location data is a good habit to get into, no less because it encourages you to focus on the privacy aspect, and by rolling through Settings > Privacy > Location Services, you can either disable the feature entirely or grant permission only to those apps you want accessing GPS data.

Avoid iOS 8.2 For The Time Being

Apple has just rolled out iOS 8.2, but while it includes a multitude of interesting new features, it is also reportedly causing battery retention issues. It's always tempting to jump straight on the bandwagon as soon as a new software update is released, but in this instance, your best bet is to wait for a further iOS 8.2.x build that remedies these apparent teething issues.

So, there goes our list of battery saving tips. We sure hope this helped you to keep your iDevice running longer than you'd thought possible, and if you follow most of these steps, you should see a noticeable jump both in retention and longevity.

Let us know which tips you'll be taking on by dropping us a comment below!

How To Save Battery Life On iOS 12 – iPhone, iPad, iPod Touch