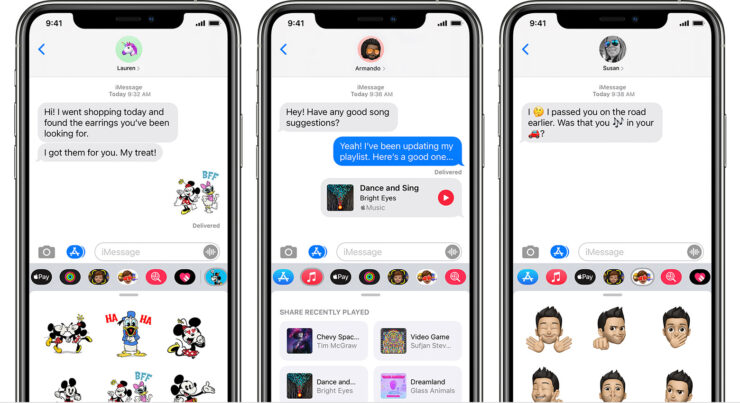 Microsoft CEO Satya Nadella talked to The Wall Street Journal and discussed Windows 11; the latest version announced earlier today. So, it is only natural that Nadella wanted to talk about everything new and everything we want to see in the future. During the conversation, he talked about how he welcomes the idea of Apple's iMessage on Windows.

To give some context, one of the biggest changes that Windows 11 is bringing is the digital storefront. Microsoft is making sure that they are making massive improvements to help the WIndows Store become better and more relevant. This includes allowing third-party storefronts as well, with Amazon's Appstore being one of the first means that Windows 11 will run Android apps.

Satya Nadella Thinks There Could be a Possibility of iMessage and Other Apple Services on Windows.

In the interview with The Wall Street Journal, Nadella talks about how the new Windows Store is all about inclusion and having multiple marketplaces. Additionally,  Nadella also wants to make sure that Windows Store can hold a candle on its own but, at the same time, does not want to limit the usability for the users.

This is where Apple's iMessage comes into the discussion. Now, we all know that Apple is on a different route than allowing other apps on their platform is concerned and for all the right reasons. However, that does not that mean that Microsoft is limited. Nadella was asked about integrating Microsoft's services with the iPhone; this is what he had to say.

We’d love to make sure that it works better. We do everything we can. Like anything Apple wants to do with Windows, rather it’s iTunes, iMessage, or whatever, we welcome that. But, overall, we want to make sure our software runs great on Apple devices.

This clearly means that Nadella is happy to make sure that Windows can become a place where Apple's apps and services are available, with iMessage being one of the main ones. However, this does not mean that it is going to happen at all. This will take a long, long time to be put into full motion, and we are here to wait and see what happens.