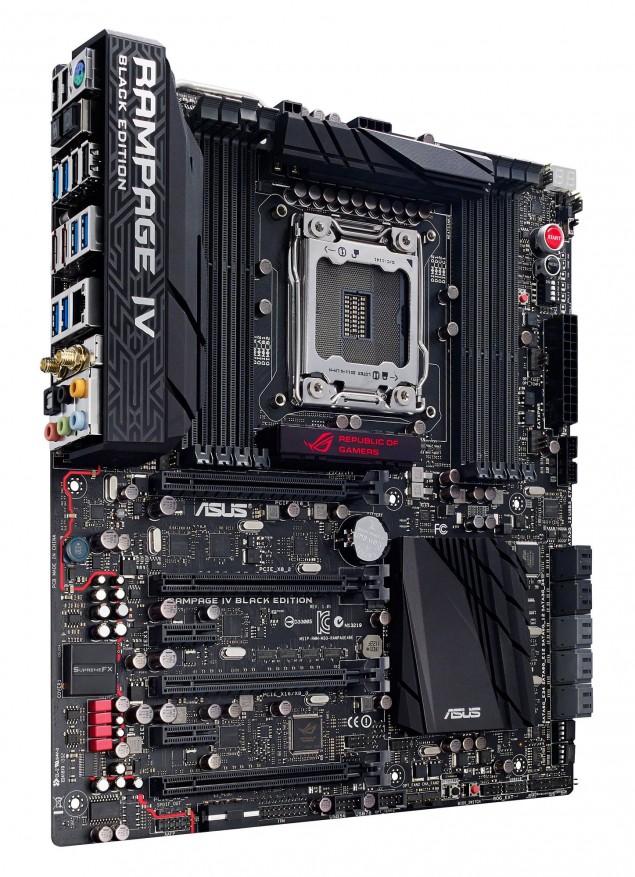 The ASUS Rampage IV Black Edition is a top of the line motherboard featuring a powerful DIGI+ III VRM to offer enhanced overclocking experience and stability to users. The design of the board is absolutely fantastic with a black color theme with strikes of red. The motherboard falls under the ASUS ROG (Republic of Gamers) brand and combines vast amount of features from the Formula lineup such as high quality Supreme-FX Audio and gaming LAN ports.

There are a total of 8 DDR3 DIMM slots on the motherboard which would be able to support overclocked memory of upto 2400 MHz (OC+) in 128 GB capacity. There are a large set of heatsink incorporated along the PWM, power area and PCH X79 chipset which cool them off under load. Power is supplied through 8 + 4 PIN connectors and a 24-PIN ATX connector on the side of the board. Storage includes 12 SATA Gbps ports while I/O includes 8 USB 3.0 port, 6 USB 2.0 ports, PS/2 port, Reset, ASUS link button, E-SATA, Gigabit Ethernet LAN port, WiFi 802.11 b/g/n and a 8.1 Channel audio jack that is powered by ASUS's Supreme FX that that includes RedLine physical PCB separation and audio isolation, large 1500uF 'buffer' capacitor, EMI aluminum cap and gold plated audio jacks.

Expansion slots include four PCI-e 3.0 x16 slots and two PCI-e 3.0 x1 slots. The motherboard offers multi-GPU functionality with NVIDIA SLI and AMD CrossFireX GPUs. There are a few swtiches here and there to make work for overclockers easy such as a Debug LED that is located on the top of the board rather than the bottom, start and reset switches and Dual BIOS which comes handy when failure to boot during overclocks. ASUS did not mention the pricing for the board but its expected to go on retail shortly. 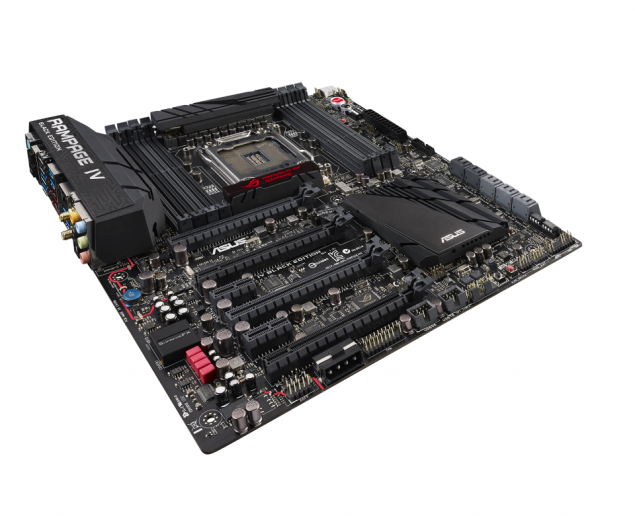 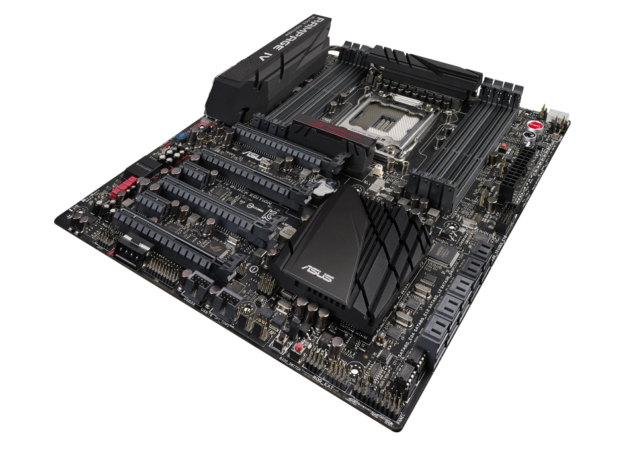