Hyper Universe Trailer Shows Off a Cast of Oddball Characters 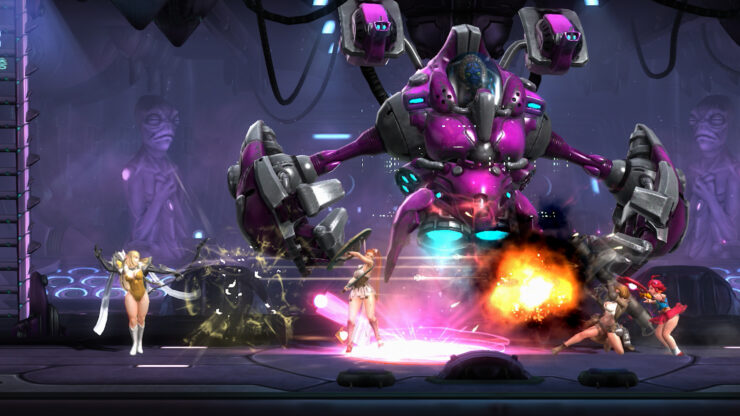 Finally, a man in a shark suit gets his due. Nexon American officially announces their new quirky MOBA, Hyper Universe, coming later this year.

Take control of bad-ass 'Hypers' each with their own unique abilities. The cast of characters seems to pull inspiration from all facets of popular geek culture like the aforementioned dude in a shark suit to a Supergirl-esque superhero who does devastating damage on the battlefield. These Hypers with fall under six characters types are are common in most MOBAs. The diverse cast should allow for some very interesting team combinations.

The game uses a two-handed keyboard control scheme that has you take down five turrets spread across multi-level stages. The team is looking to have seven maps with variants by the time of release.  If you played something like Awesomenauts, you'll get a better understanding of the sort of map layouts. Your success in combat will be how well you can jump and dash away from enemy fire and of course choosing the right character to counter the other team's choices.

This is the first game by CWAVESOFT, a studio located in Seoul, South Korea. They are joining Nexon's catalog of successful free-to-play games like Maple Story, Riders of Icarus and the upcoming Lawbreakers.

Hyper Universe is coming to PCs in the Americas, Europe, and Oceania later this year. It will also be playable at PAX South in booth 11854 if you want to be among the first to get their hands on the game.