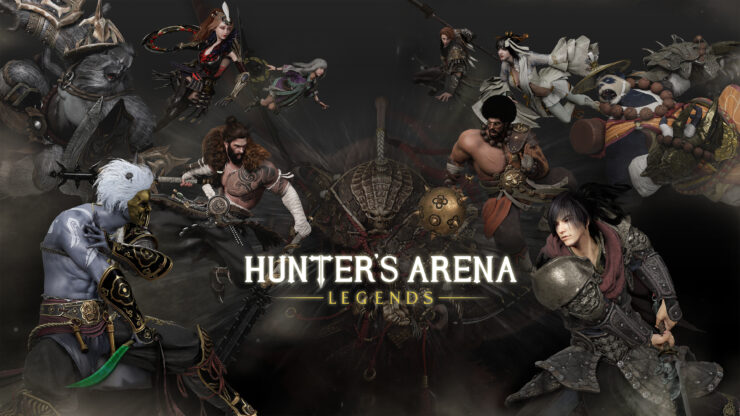 While a Battle Royale game at heart, as sixty players will have to fight it out to become the last one standing, it also features several elements from RPG/MMORPG and even MOBA games.

Ahead of the imminent release on Steam, Mantisco is preparing a Closed Beta test for Hunter's Arena: Legends and we've got 250 beta codes to give away. Just unlock the actions in the Gleam form as usual to get your code, which has to be redeemed on Steam.

The Closed Beta will be open at the following times:

Get stronger to become the last man standing. Just like in MMORPGs, hunt down monsters, raid dungeons, and fight bosses to level-up your character. Collect powerful items or fight against other players from the very beginning to become stronger than everyone else. The choice is yours. Choose wisely to gain the upper hand on your road to victory.

Beginners who aren't familiar with Hunter's Arena can engage in dynamic fights, using simple controls. However, as players get more experience, prepare for all kinds of mind games and various tactics when fighting your opponents.

You can strategically cancel skill animations during battles. It is important to predict your foe's moves & react quickly.

Use the map's terrain to your advantage. For example, jump from a cliff right on another player and perform a special attack.

Being surrounded by countless enemies and the constantly shrinking barrier will test your fast decision-making skills, and force you to do everything in order to survive.

A merciless battle for the last man standing

Your final goal in Hunter's Arena is to be the last man standing. Based on your preference, you can choose to cooperate with others and hunt down boss monsters or betray and annihilate everyone to become the only survivor.

With the concept of cooperation and betrayal found in Hunter's Arena, you must always stay focused on your final goal: Become the last survivor on the battlefield!

Call of Duty: Warzone Is the Biggest and Most Obnoxious Battle Royale Yet