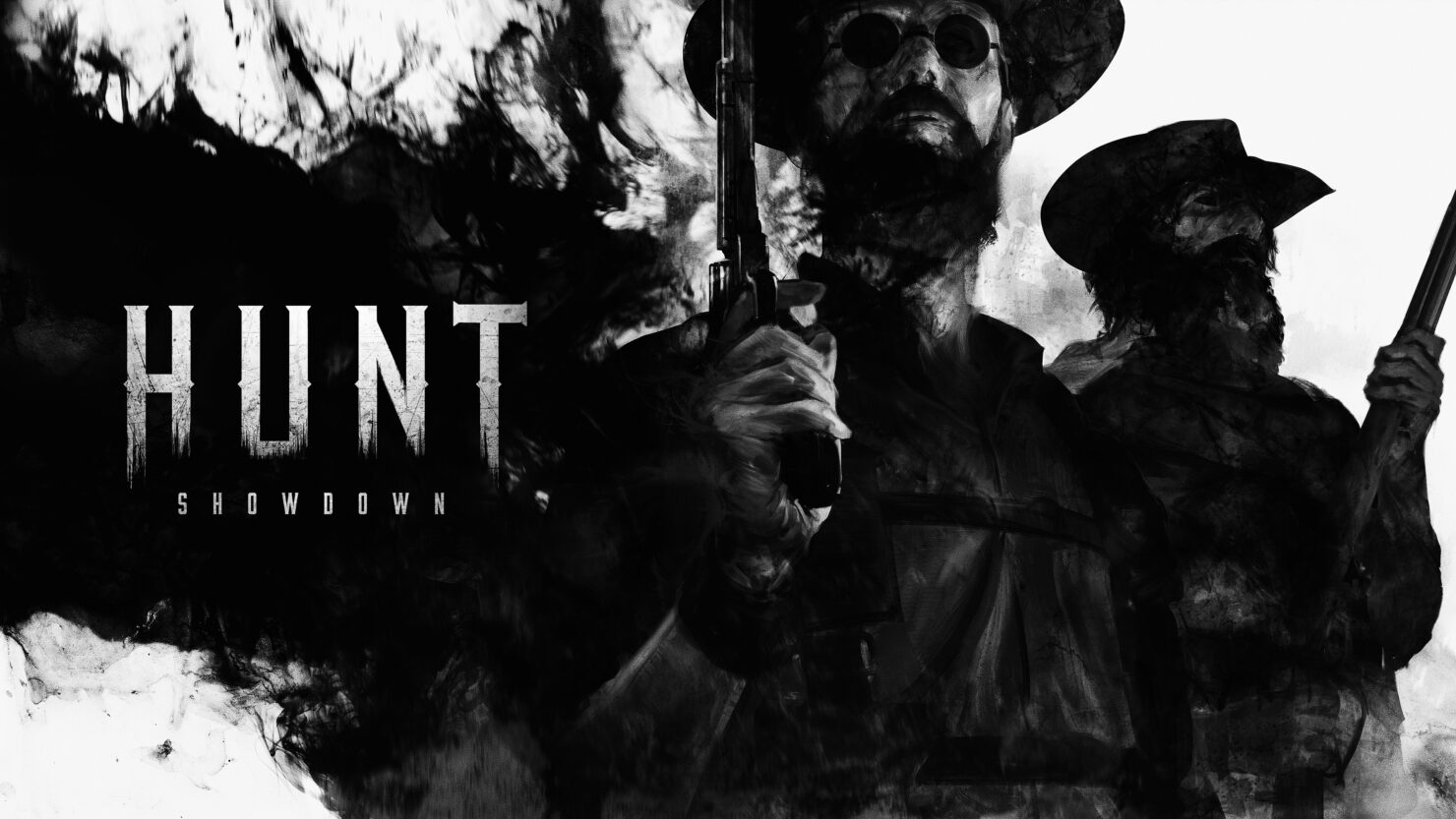 Hunt: Showdown is getting a full release on PC and Xbox One early next week, after about a year and a half of Steam Early Access, with a PlayStation 4 version scheduled to hit later this Fall. The horror-themed game is quite the unique PvPvE experience where players find themselves trying to survive against both monstrous creatures and other treacherous bounty hunters roaming the same desolated zone. On top of that, death means the end of your present character and equipment, though all the experience accrued during matches is added to the persistent Bloodline progression.

Ahead of the upcoming launch, we interviewed Crytek on the 1.0 additions, the ongoing development process and the future of Hunt: Showdown, though we also asked the CRYENGINE makers to share their opinion on a few strictly technical subjects. Enjoy the full transcript below.

How important was the feedback of the community during the early access phase? Is there any particular area of the game that you were able to improve through their help?

Community feedback was very important throughout Early Access, and we were able to
start implementing a few of their ideas early on. Other ideas took a bit longer to
implement and will only now come to Hunt. The addition of teams of three is a perfect
example, as it was the most-requested community feature since we launched Early
Access.

Are you going to do a bit of a marketing push as we get closer to the release date? Many players on PC feel that Hunt: Showdown is perhaps not as well known as it should be.

Yes, that’s the plan. There will definitely be more visibility around launch, but we hope that 1.0 will also get a good bit of word of mouth out there.

How do you figure the increased match size and team size will alter the flow of the game?

During playtesting, we saw an increase in engagement with teams of three that had a positive effect on the gameplay. Overall, players have been embracing the new flow, and the feedback we received has shown us that we are on the right track by offering teams of three and increasing the overall player count to 12.

Trios are a lot of fun and offer a whole new challenge when it comes to coordinating your
actions with two teammates. Having multiple trios duke it out on the map often results in
more exciting and longer gunfights.

For those players who are still skeptical about these changes, the good thing is that they
can choose whether their match will be with or without trios. If they choose to allow trios
to appear in their games, they also have the chance of higher mission rewards when they
succeed. It’s a non-intrusive implementation that respects players’ choice and allows them the option to simply continue playing the game as before.

We have also implemented a couple of supporting changes, like better control over spawn
points to ensure there are less firefights in the first couple minutes of a round.

Your roadmap for the 1.0 update includes AI improvements. Can you delve a little deeper into what these will entail exactly?

For 1.0, the AI has been improved all around. The bosses have been standardized so that each offers a similar level of challenge; each has its own frenzy mode for example, like what we introduced for the Butcher in a previous update.

The regular AI cast has also seen a lot of improvements with Hellhounds now able to move through gaps in fences and Armored now able to smash down doors. The Meathead was re-designed from scratch, giving a strong focus to its symbiotic relationship with the leeches it spawns and how they help him find prey.

With regards to the performance memory and main thread improvements, will these translate into noticeably higher frame rates or just increased stability?

Especially in a live game, performance has to be an on-going task. New features can always compromise the quality of the experience, so we always need to at least counterbalance it with other optimizations. Of course, we also want to keep pushing to deliver improvements in areas that will benefit most of our users. It is important to keep in mind, though, that results will vary depending on hardware.

Can you talk a bit about the upcoming Hardcore mode and how it would work?

We are currently focusing on the release of 1.0 and all the new features, changes, and bug fixes that come with. In total, we are looking at around 30 pages of patch notes for this update, which I to say it’s a massive list of improvements. Sometime after the release of 1.0, we will be able to discuss future updates and the post-launch items on the roadmap in more details, but it’s still a bit too early right now, sorry!

Is it complex to create new maps for Hunt: Showdown? How often should players expect to see them added to the game post-launch?

Hunt: Showdown is an intense, feature-rich game. Our levels are very condensed and each is filled with enemies, traps, items to interact with, and multiple routes to the target.
Altogether this creates a large open sandbox environment in which anything can happen. Everything you see is relevant for gameplay in some way and needs to be adjusted and polished by artists and level designers accordingly. So something you saw far away in the background a minute ago might suddenly become the stage of your next enemy encounter.

Our main goal has always been to make levels as enjoyable as possible, with as few
frustrating moments as possible. The level should never stand in the way of the action.
The levels in Hunt: Showdown have to be readable and understandable at any time of day, whether you play day, night, or in dense fog. Crafting such an environment requires a lot of attention and time from all the developers involved.

Overall, for how long do you reckon you'll support the game?

Hopefully for a very long time as we still have lots of ideas for new content! But at the very least, as long as there is a vital player base.

Are there any plans for modding support via level editor and Steam Workshop?

No, we don’t have any plans for modding support.

One question from the community is why the player's and the enemy's ELO numbers are not shown respectively in the menu and upon death. Could you expand on that decision?

Giving players a more abstract representation, like arrows pointing up, down, or being
level in order to illustrate their skill level relationship also makes it easier to understand
the comparative difference in skill between players, instead of just showing a number.

Crytek is obviously also known for the CRYENGINE and Hunt: Showdown is definitely a great showcase for it. Do you intend to update the game with some of the features due with version 5.7, such as DX12/Vulkan support and ray tracing?

Indeed, DX12 and Vulkan are still on our roadmap, and we will continue to implement improvements from the CRYENGINE roadmap. That being said, soon after Hunt reaches 1.0, we will see which elements we pick from CRYENGINE’s development, as we’ll need to guarantee the stability of the game, whereas the engine development will continue including very in-depth reworks.

We've often heard from other developers that porting their games to consoles also enabled them to do some additional performance optimizations on PC. Was that the case with Hunt as well?

This is true to some extent, yes. The current generation of consoles encourages us to
distribute our CPU workload more and that is beneficial to the PC version as well.
However, for console versions, we are also able to take advantage of some features from
that hardware (for instance the unified memory) to avoid some costs that will always be
present on PC.

Will the game be PlayStation 4 Pro and/or Xbox One X enhanced on release date?

The game will be enhanced for the Pro and X versions of the current generation. The main improvements will be regarding resolution and shader quality. The framerate will still be locked to 30fps though, as we estimate that letting some players reaching higher framerates would be an unfair advantage in such a highly competitive game.

Any plans to add HDR display support to Hunt and if so, on which platforms?

Hunt will not support HDR displays at launch, but it is a feature we are considering for
the future, even if we haven’t committed to it just yet.

Will there be multiplayer cross-play at some point in Hunt?

We’re still investigating options. We’d like to offer cross-play at some point but it all has to make sense of course.

Lastly, Sony and Microsoft have confirmed their next PlayStation and Xbox consoles to be coming in Fall 2020. We already know some of the specifications, such as AMD's Zen 2/Navi
architectures, hardware-accelerated ray tracing, support for up to 8K resolution and 120fps, as
well as a custom designed SSD that should massively improve loading times. What do you think
about these early specs? Can we expect 'revolutionary' games thanks to them or just 'evolutionary' titles?

If visual quality will most likely continue to increase in the same large steps as is expected with any new generation of consoles, the real game-changer will certainly be the new fast storage that has been promised. Apart from the obvious advantage of crushing loading times, it will open up quite a lot of possibilities for games to be designed for it with regards to streaming. That’s also a front on which game engines will need to evolve quite drastically, but it’s definitely exciting.