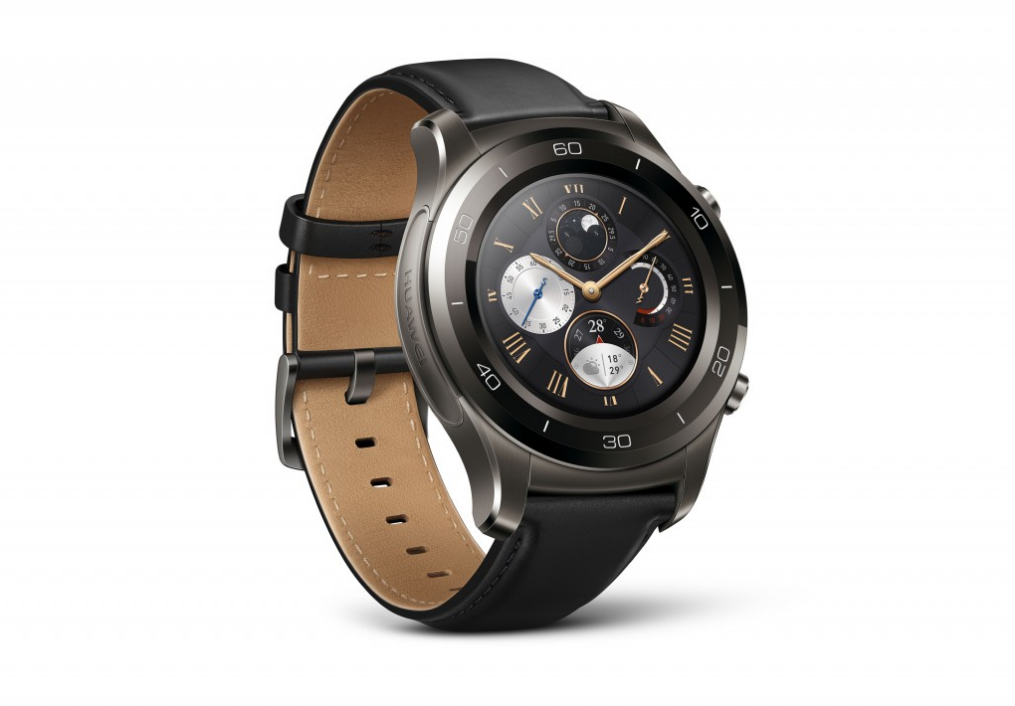 Huawei Watch 2 was tipped to get a 1,000mAh battery inside it and while this is not true, the company still claims that you will be able to get a ton of battery life from the wearable plus a boatload of other features inside a premium smartwatch. There are two wearable models announced by Huawei, so let us walk you through them.

Huawei Watch 2 Will Not Rely on Your Smartphone as the Wearable Features Its Own LTE Modem and Is Running Android Wear 2.0

There will be two models available to purchase later this year, with the company also readying an exclusive Huawei Watch 2 Porsche Design down the road. One will be a classic version and one will be the sport version. The Huawei Watch 2 classic features a stainless steel body that’s made in Titanium Grey and offers 22mm watch bands, with the watch itself measuring 45mm in diameter. You will easily be able to take out both wearables under heavy rainfall because the Huawei Watch 2 has been IP68 certified and is running Android Wear 2.0 out of the box.

We do know the hardware present in both wearables comprises up of a Snapdragon 2100, 768MB of RAM and 4GB of internal memory. There’s also a GPS and heart rate sensor present inside the wearable with the 1.2-inch AMOLED display (390 x 390 resolution) and when Huawei said that you will not require your smartphone to use the wearable effortlessly, the company truly meant it. Both models are able to provide the user with LTE connectivity coupled with terrific features such as VoLTE with noise cancellation. Even the non-LTE versions are incorporated with features like NFC and Android Pay support.

Bluetooth 4.1 and 802.11n Wi-Fi chips have also been added. As for the battery life, as stated earlier, it is not a 1,000mAh battery, but a 420mAh cell instead. Still, it will provide you with decent levels of battery because the company claims that both wearables will last two days under casual use and 10 hours under Training mode (this is a mode that combines GPS tracking and real-time heart rate monitoring).

As for the pricing, Huawei Watch 2 will be retailing for €330 (nearly $350) and will be available to purchase starting from the month of March.