Huawei to Possibly Release an OPPO Find X Competitor in the Future, Thanks to the Latest Patent 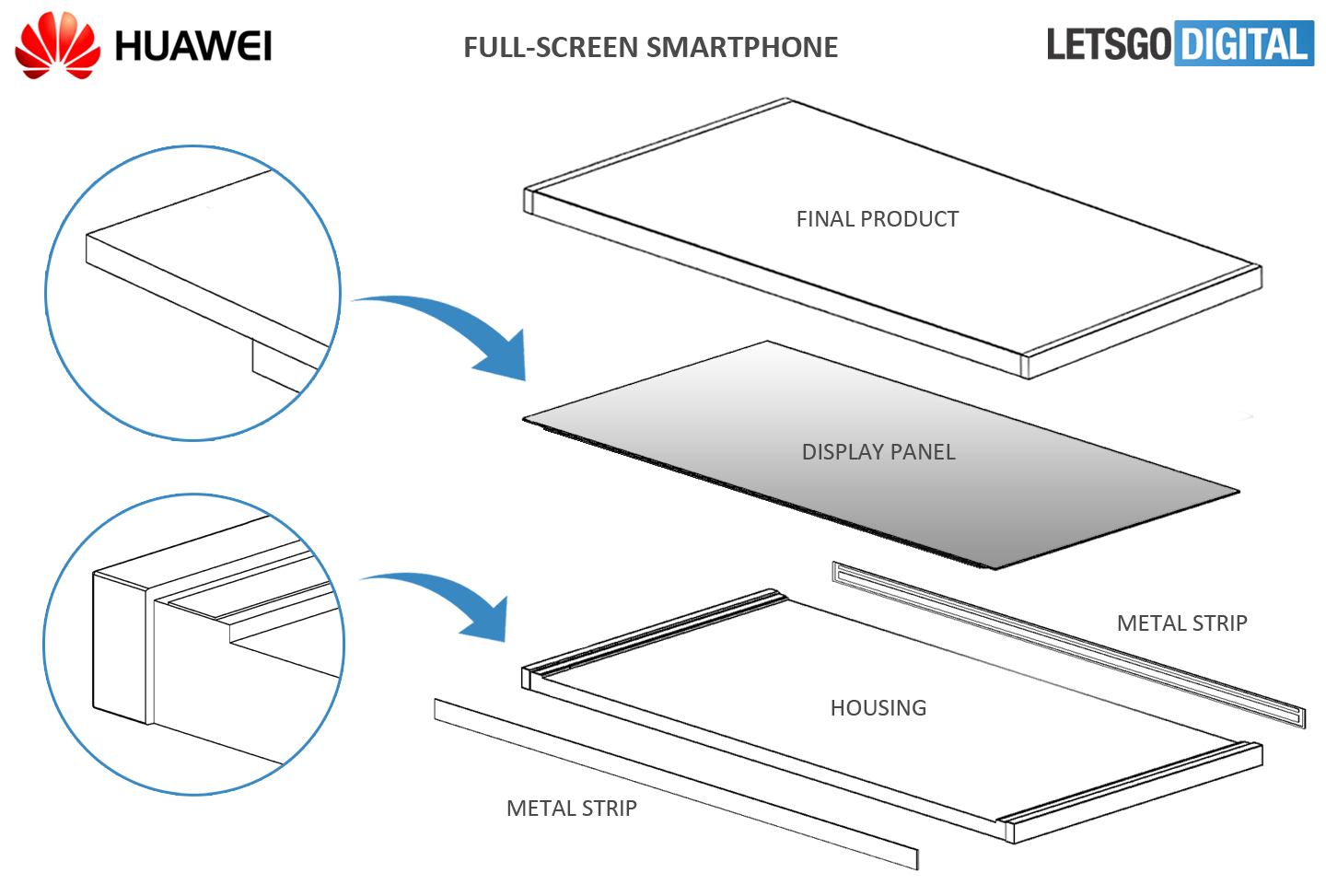 The Huawei P20 series is as close as the company has come when pushing the limits of bezel-less smartphones. However, things are looking up for the Chinese tech giant as it has plans to introduce an OPPO Find X competitor, not now, but in the near feature. The company will continue to innovate and push its boundaries and a new patent is a testimony to that.

The patent was filed in February 2018. It details a unique manufacturing process which would let Huawei get rid of unnecessary bezels. According to the patent, Huawei will take a different approach toward the build process to minimize the bezels. It will forgo the typical smartphone frames that are consistent on devices right now and it will instead begin the process with the rear panel, that would be designed to house the display.

After completion, the screen would be fixed on the top of the panel with the help of an adhesive. This would be further fastened with two metal strips on both the sides. This would replace the smartphone frames currently being used and it would help Huawei achieve a really high screen-to-body ratio.

Apart from the obvious design advantage, this approach wouldn’t require Huawei to make any compromises. The high-quality adhesives would also allow the smartphones to remain dust and water resistant. The use of durable materials in the back panel would also mean that any potential bends are avoided. The design, that Huawei’s engineers came up with, will also give smartphones anti-static properties.

It is not known if and when Huawei will commercialize this idea. Even though Huawei says that this design doesn’t have any disadvantages, the fact that the side strips would be glued with an adhesive could prove to be a weak point if it is damaged or dropped but it is highly unlikely because lots of smartphones are assembled this way.

Do you wish to see Huawei’s OPPO Find X competitor appear in 2019? Tell us down in the comments.