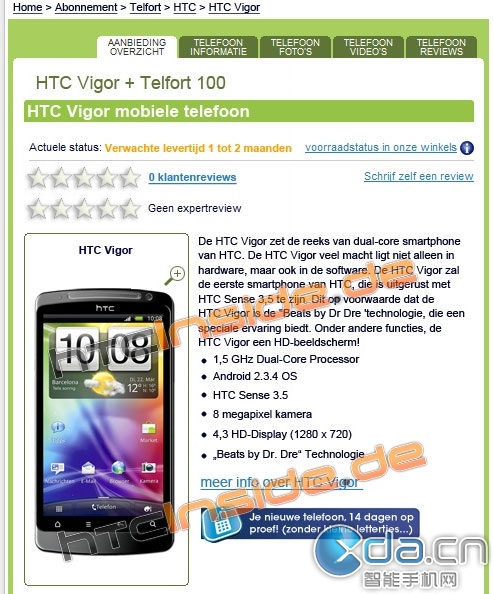 While Samsung might be the world's first company to unveil a HD screen for smartphones, HTC could be the world's first to have those screens incorporated in a smartphone. HTC Vigor is an Android smartphone rumored to release 'soon' and it comes packing with some pretty serious specs, the crown jewel of it being its HD screen running at a native resolution of 1280x720. The rest of the specs sheet carries some pretty heavy numbers too.

There hasn't been any official announcement yet nor any expected release date so the phone is still in rumor land.