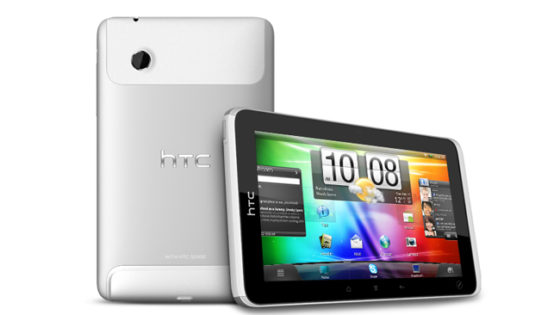 With the tablet market experiencing such a massive boom thanks to last years iPad, it now looks like everyone wants in for piece of the pie. According to reuters HTC will be coming up with a wide range of tablets to reaffirm itself as a strong player in the tablet market. HTC Europe head Florian Seiche said the Flyer has had a good start and that HTC feels very good about it. He went onto reaffirm HTC's commitment to Windows Phone 7, a platform he believes will benefit HTC thanks to Nokia's involvement. He said Nokia's presence will help bring Windows Phone 7 to the critical mass. Seiche added that he expects HTC to roll out its first mobile phone using (NFC) technology for mobile payments within the next 12 months.

Nothing much specific there but it does show HTC taking the tablet market seriously. While NFC still hasn't been adopted on a mass scale, the supporting of the technology by big companies such as HTC will do a great deal to make NFC more common.