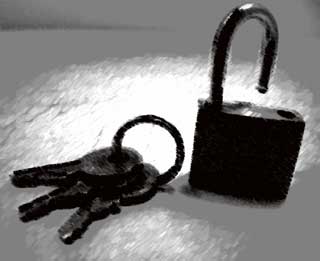 If you're an Android fan who hasn't been living under a rock, you'll know that all new HTC phones, including the Sensation and EVO 3D will come with a locked and encrypted bootloader. This means no rooting and no custom ROMS. Just in case HTC forgot, it was the Desire's ease of rooting that made it a legendary phone of its time. Till now it has a community support that is second to none. Apparently HTC thought otherwise and in a move that made no sense what so ever, they decided to lock the bootloader for all their new phones making them immune to any customization that the original Desire offered. Locking a bootloader isnt going to make a company more money, and neither will they get any good PR so I'm at loss of words why HTC made this move. Some people weren't going to sit and take all this and it looks like a barrage of emails or tweets has caught HTC's attention and according to their Facebook profile they are going to review their bootloader policy. I don't know what that means exactly. Will they decide to make their bootloaders easy to unlock like the Xperia lineup? The Sensation is already out on shelves so forget about that being effected, it will still remain locked. But looking at a bigger picture, it looks like HTC 'might' decide to go easy on their bootloader encryption for their upcoming Android phones. There is only one move here that would make sense, and I hope HTC does it.