HTC have officially announced the previously leaked HERO - the world's first Android powered smartphone with a custom user interface, the HTC Sense and Adobe Flash support. The latest Google powered handset was unveiled in London yesterday by HTC Europe, who seemed more excited about the new SENSE interface than the handset itself. 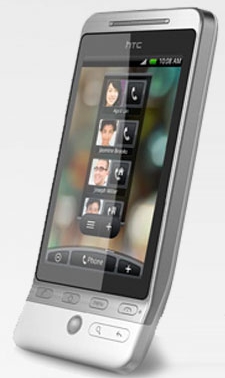 Neverthelsess, the device features the usual 3.2" capacitative touchscreen running at 320x480 pixels, a 5 MP camera, and lots of other goodies. 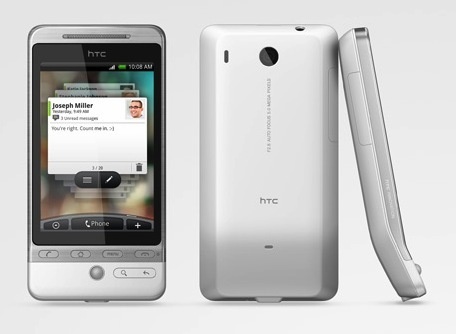 While HTC have been known to re-brand operating systems with new interfaces in their devices, (like the Touch Flo 3D for Windows Mobile), this is the first time anyone has tried some major tweaking with the open source Android OS. This is kind of surprising too, as the operating system was marketed for having deep customization capabilities due to its OSS nature. Anyways, what HTC have done with SENSE is great. It borrows some of the design elements from TouchFlo 3D, which is a good idea in my opinion.

The phone has Teflon finishing making it fingerprint resistant and giving it a sleeker look. The design looks like a reminiscent of the HTC Dream thanks to that chin and trackball but it doesn't destroy the overall image of the phone. The phone also features a dedicated search button right next to the trackball. The Adobe Flash implementaion is reportedly not perfect, but that's due to the fact that Adobe is still a few weeks away from making the final release for Flash Player 10 on Android and other mobile operating systems.

Other features are what you would expect from an HTC/Android smartphone including:

The phone is destined to be released in Europe this July, followed by a late summer release in the Asian markets. The US of A would get a native branded version later this year. I'll leave you with a video explaining the new SENSE interface by HTC.